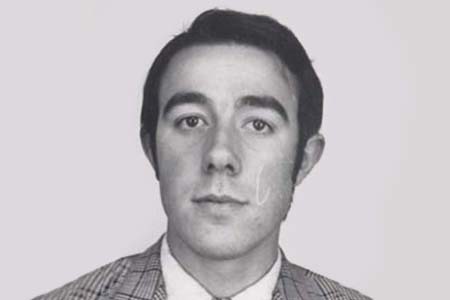 On the occasion of the 1st May celebrations, the Communist Party, the trade union Comisiones Obreras, the FRAP (Patriotic Revolutionary Anti-Fascist Front) and other clandestine organizations called for demonstrations to be held in various parts of Madrid. One of the protests took place in the vicinity of Plaza Antón Martin at around 8 pm. Close to Calle Doctor Mata, a number of demonstrators ambushed officers from the General Police Force deployed in the area. They began by attracting the officers’ attention by waving red flags and shouting subversive slogans; then, just as the police were preparing to break up the group, the demonstrators fled, leaving what they called a “defence picket”, whose members were usually armed. One of them stabbed Inspector Juan Antonio Fernández Gutiérrez in the side. He took refuge in a nearby doorway. “I’ve been hit. I’m choking,” he said to a fellow officer. Juan Antonio Fernández died shortly after admission to the Francisco Franco Hospital Complex. He had a stab wound in the left hemithorax, at the level of the heart, with severe muscle tearing. Another two officers were seriously injured. Some days later, FRAP claimed responsibility for the attack. 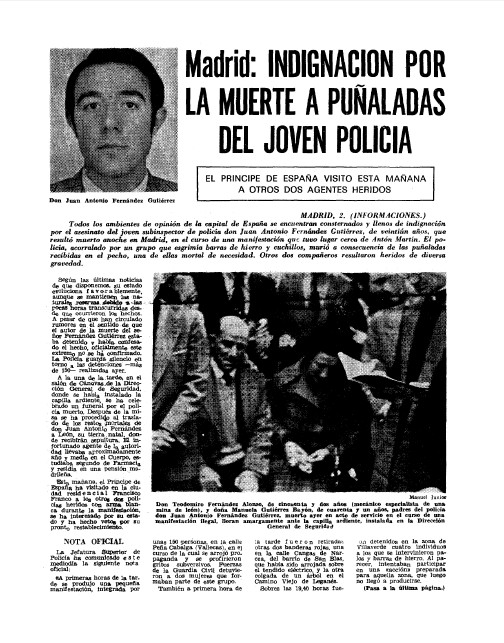