On 13 June 1978, a GRAPO unit kidnapped Juan Ángel Santos Sánchez, suspecting him of being a police informant. They took him to a rented apartment in Lugo, where they interrogated him before taking him to Vigo. On reaching Mount Madroa in Vigo, they shot him in the head and abandoned his body. Thirteen days after his disappearance, a local person who was out walking in the area came across the body, which was already in an advanced state of decomposition.

Juan Ángel Santos Sánchez had three brothers and was an activist in the PCE (Reconstituido), the political wing of GRAPO. According to police sources, he had no dealings with the state security forces. 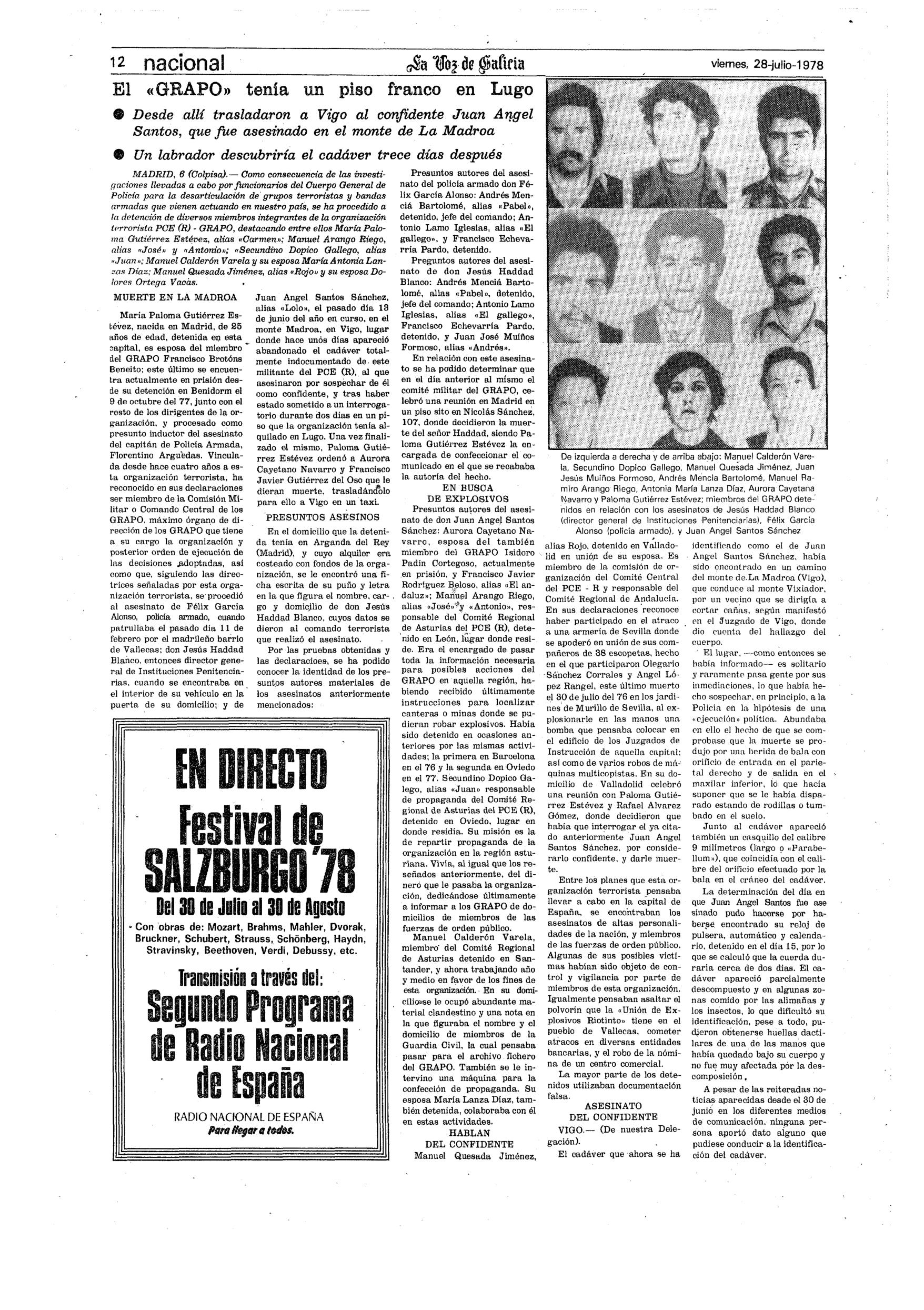 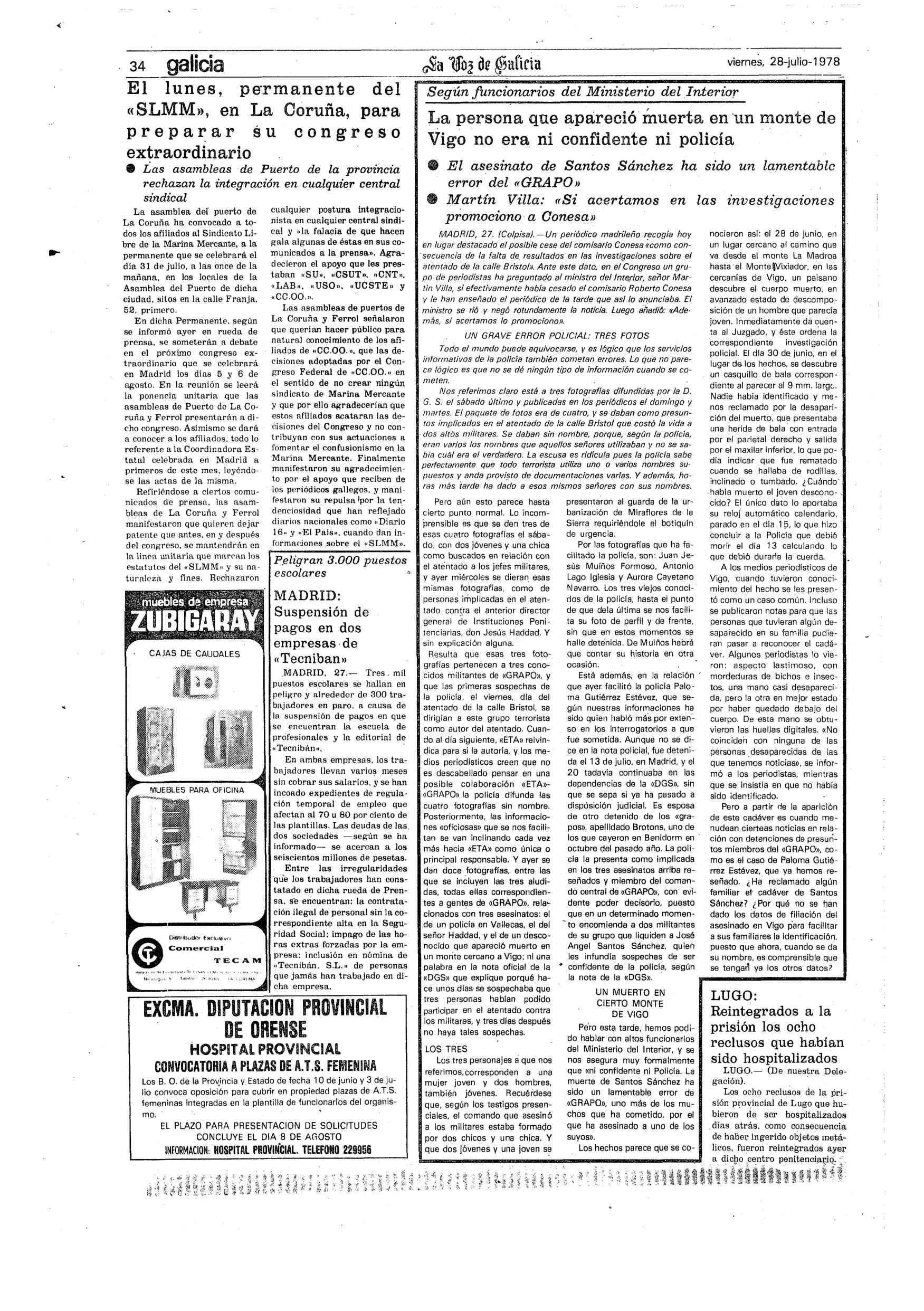