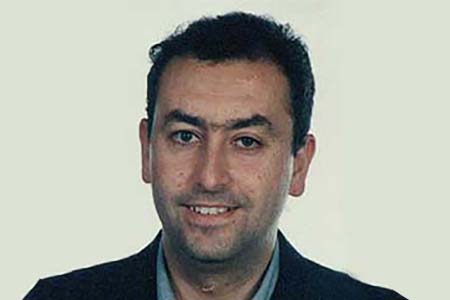 Born in: Extremadura
Age: 38
Offspring: 1
Marital status: Married
Job: Administrative in the General Treasury of Social Security
Date of the attack: 11/03/2004
Place of the attack: Madrid
Weapon: Others explosives
Killed by: Islamic terrorism

Five months previously, Juan Alberto Alonso had obtained an administrative position at the Offices of the Social Security. Three months before, he and his wife had adopted a little Spanish girl, Sara. On March 11, the couple had another important appointment: they were due to meet a psychologist to assess their suitability to begin the process of adopting a brother for Sara. Juan Alberto Alonso was travelling on the train that exploded at Atocha station. He was taken to the La Princesa Hospital. His parents travelled from Cáceres to be with him, but on their arrival, they were informed that their son had already died.