Joseph Couchot was having lunch in a restaurant when three hooded individuals, including a woman, entered the premises and shot him six times with a pistol. Joseph fell to the ground, and was shot again in the head. The terrorists made off in a stolen vehicle, with the owner in the boot.

The media reported that Joseph had links to the Anti-Terrorist Liberation Groups (GAL). It was insinuated that he had given shelter to several members of the organisation at his home in Biarritz. 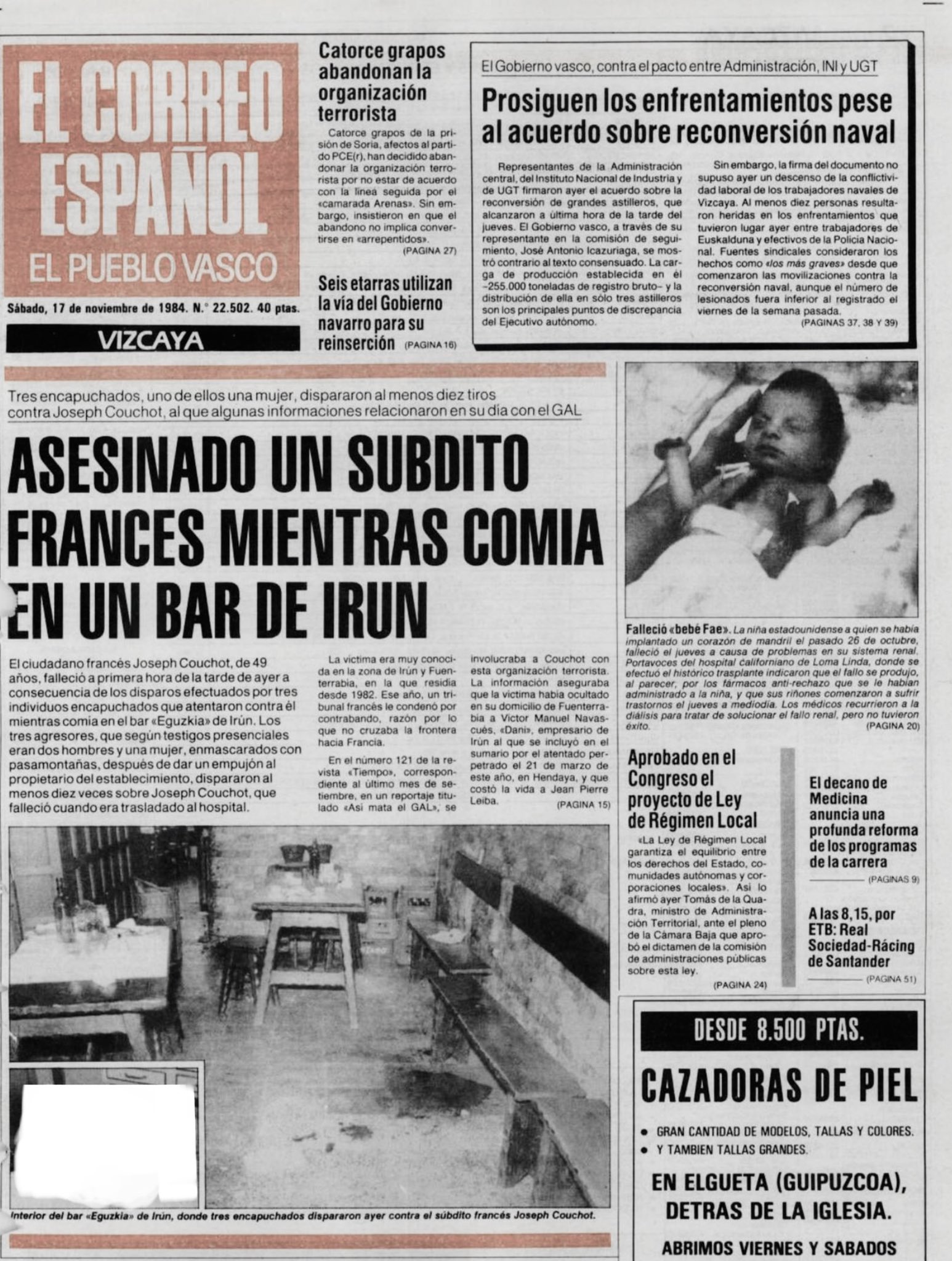 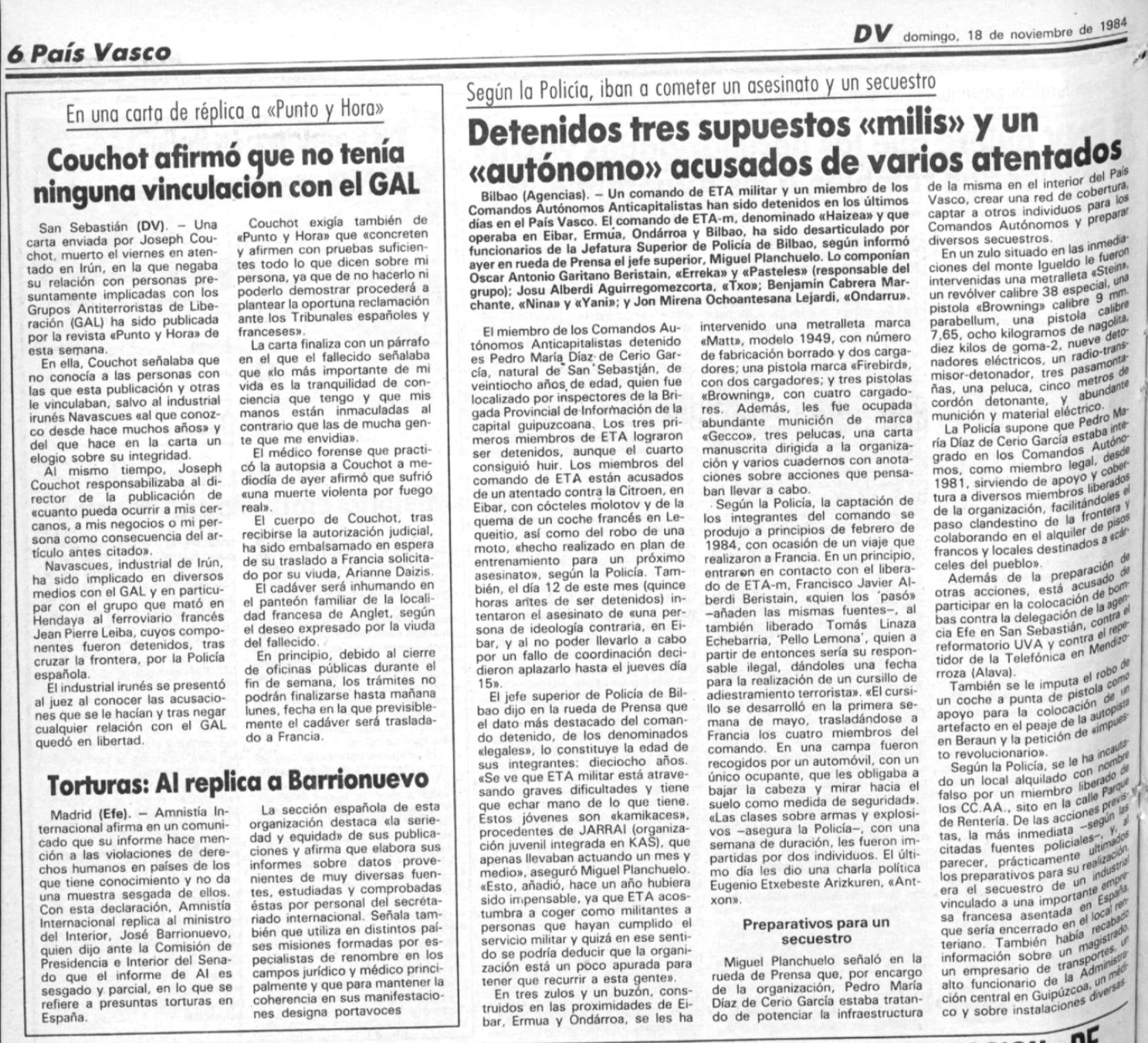 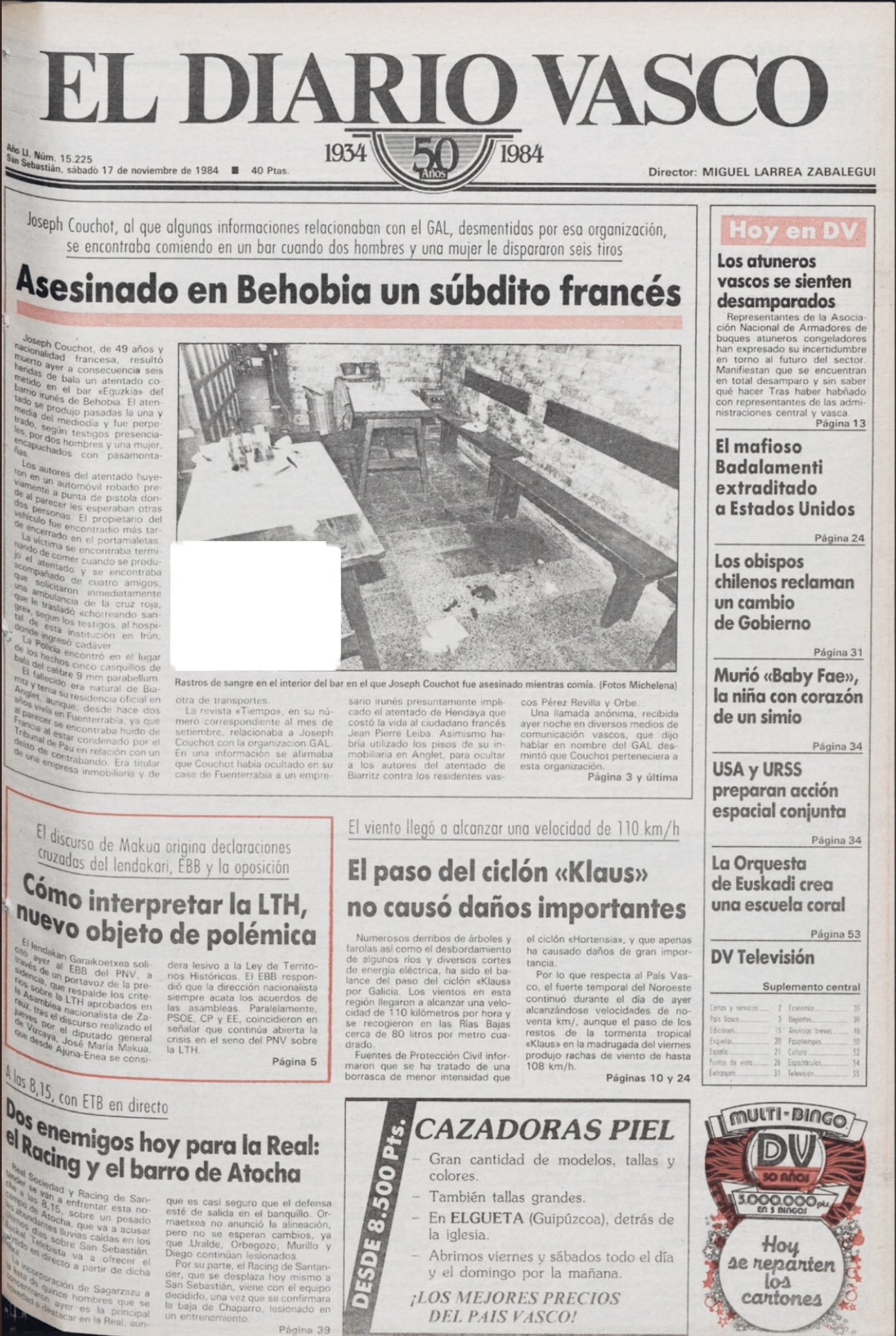