The Israeli authorities reported that two of their secret agents, Joseph Abu Zion and Joseph Abu Yaacob had gone missing on 9 October 1985 in Barcelona. They claimed that the disappearance was linked to the terrorist group Palestinian Military Unity. This hypothesis gained credence when inspectors from the International Terrorism Group of the Barcelona Information Brigade joined the police team investigating the death of two people in a flat on Calle Valencia in Barcelona.

A few days later, in a telephone call to the United Press International news agency (UPI) in Madrid and Beirut, a person claiming to be a member of Force 17 of Palestinian Military Unity, claimed responsibility for killing the two Israelis.

Both men had been tortured, beaten, shot and stabbed. One of them was strangled before being shot dead, and the other was stabbed and shot. 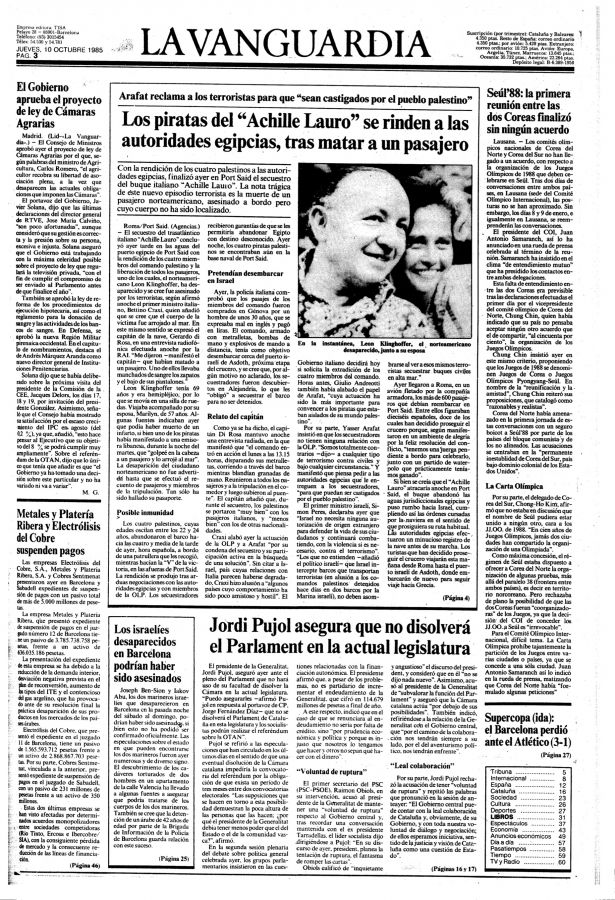 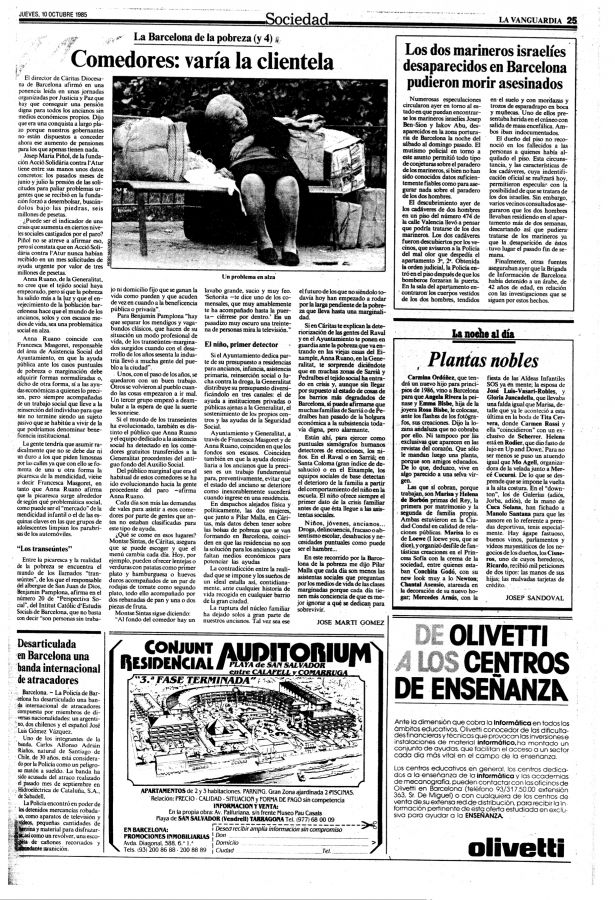 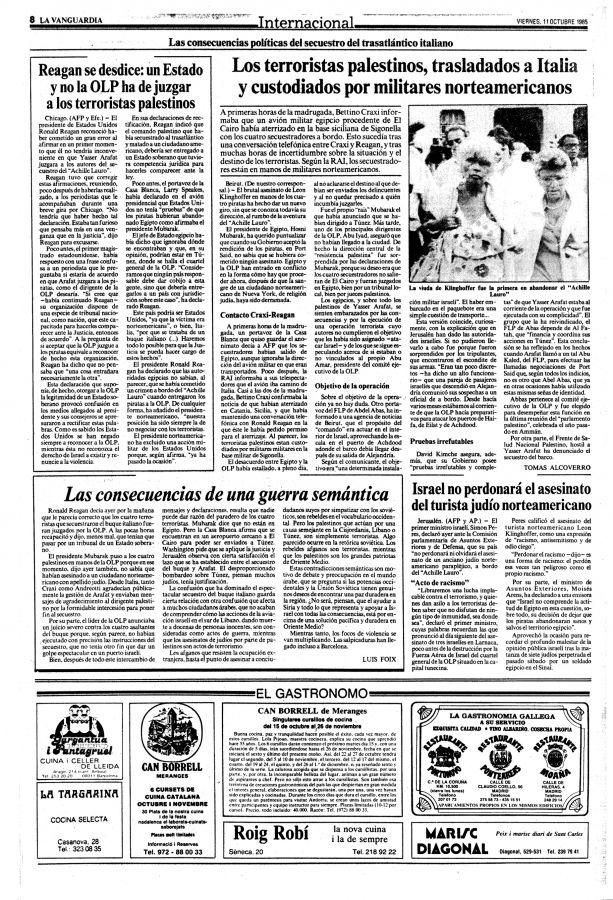 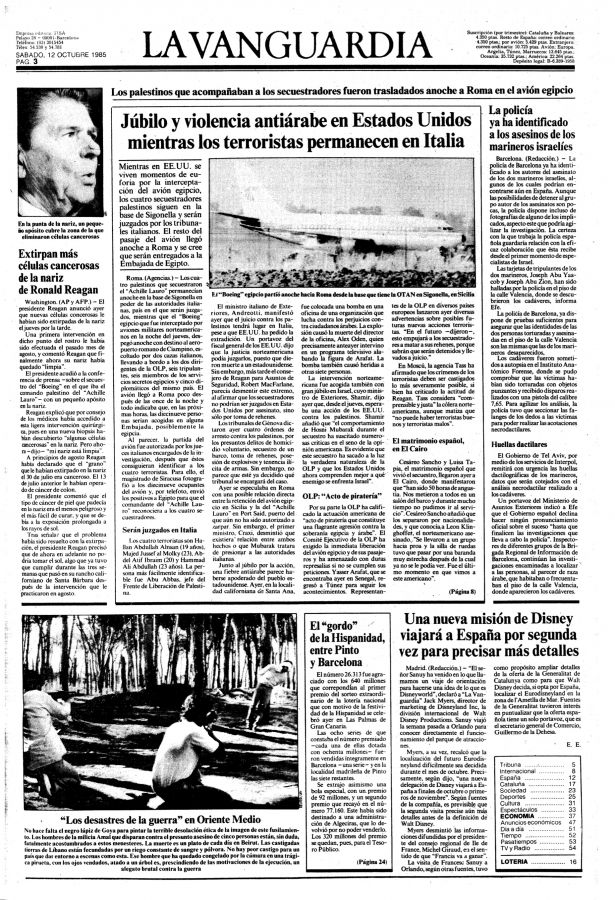 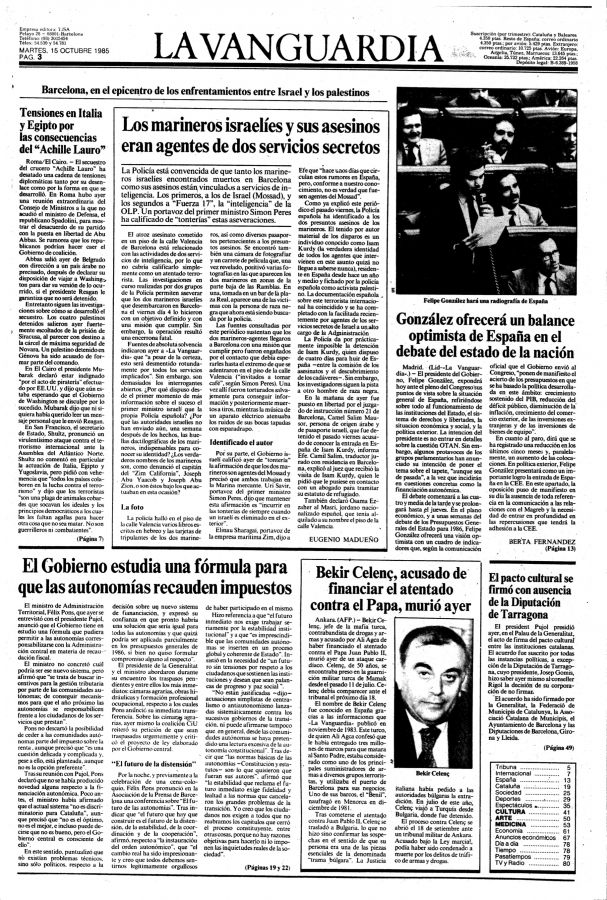