December 16 1995 was the last Saturday before Christmas and El Corte Inglés department store on Avenida Pintor Sorolla in Valencia was packed with shoppers. At 1:40 pm, a call on behalf of ETA alerted various media in the Basque Country that a bomb had been placed at one of the group’s stores in Valencia, without specifying which one. At 15.02, a device exploded in the toilets of the sixth-floor cafeteria. It was not the only one: in all, the terrorists had planted seven bombs throughout the building.

Josefina Corresa, aged forty, was killed in the attacks and another eight people were injured, including the late woman’s husband and one of her daughters. Josefina worked as a clinical assistant. The attack, which was reminiscent of the massacre in Hipercor in Barcelona, took place only five days after ETA had killed six Navy workers at Puente de Vallecas (Madrid). 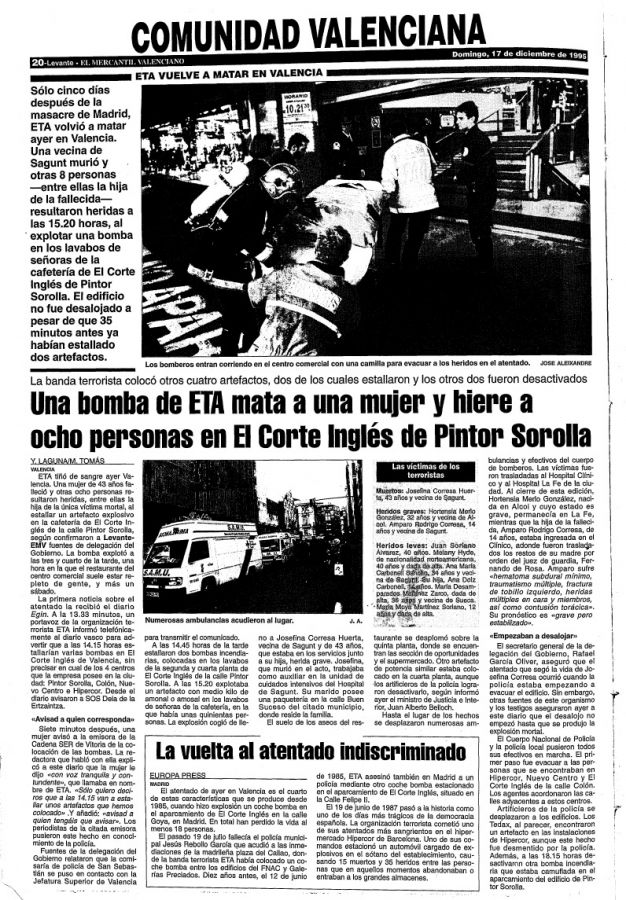 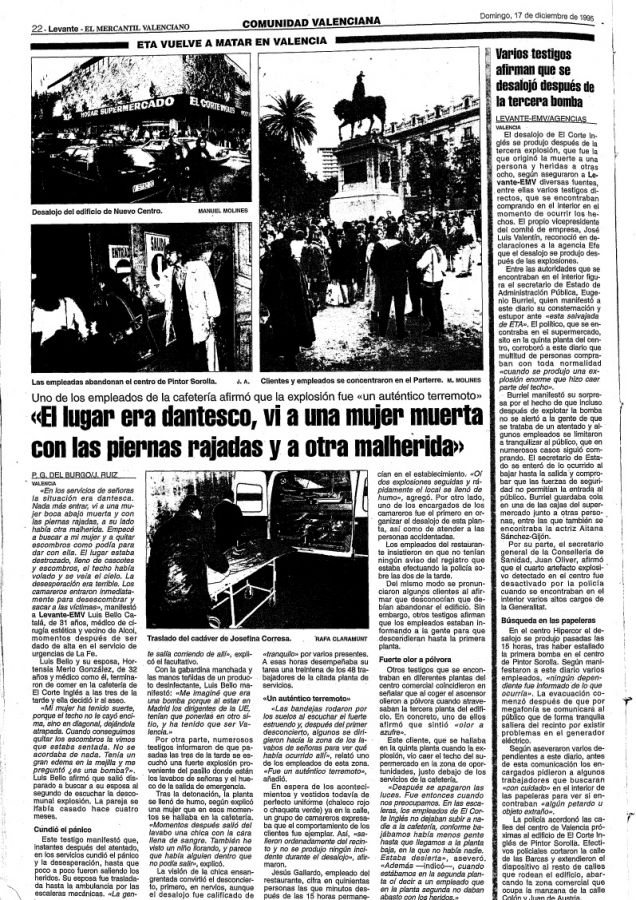 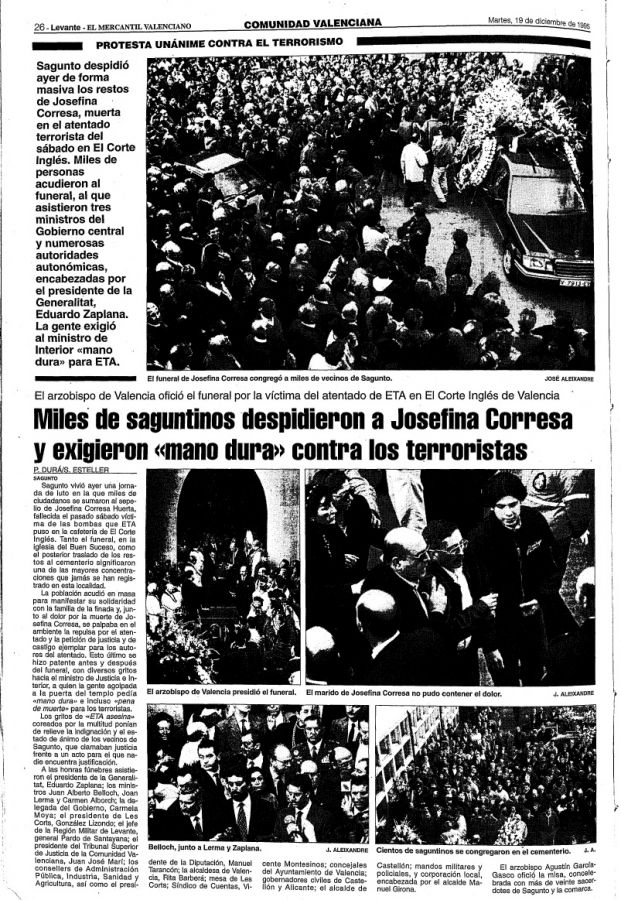 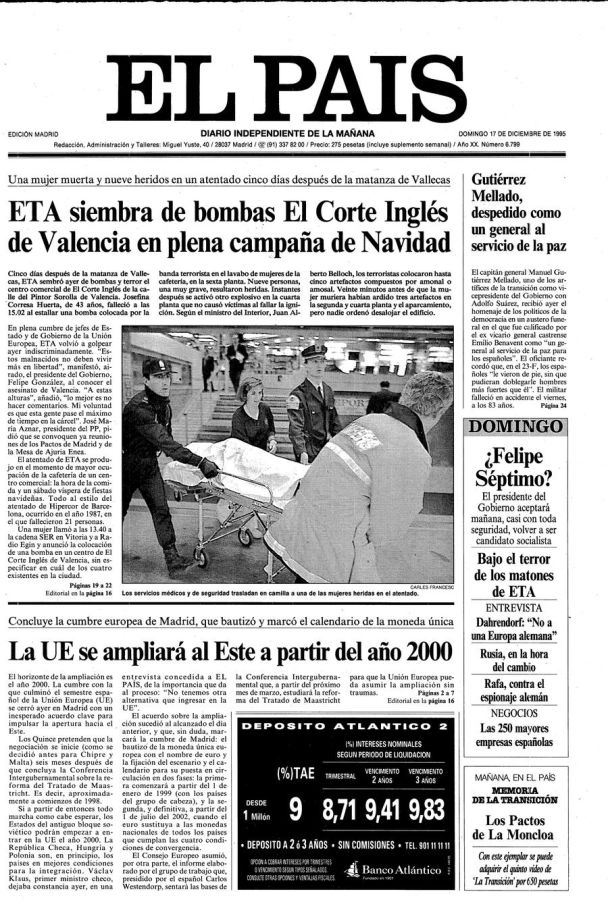 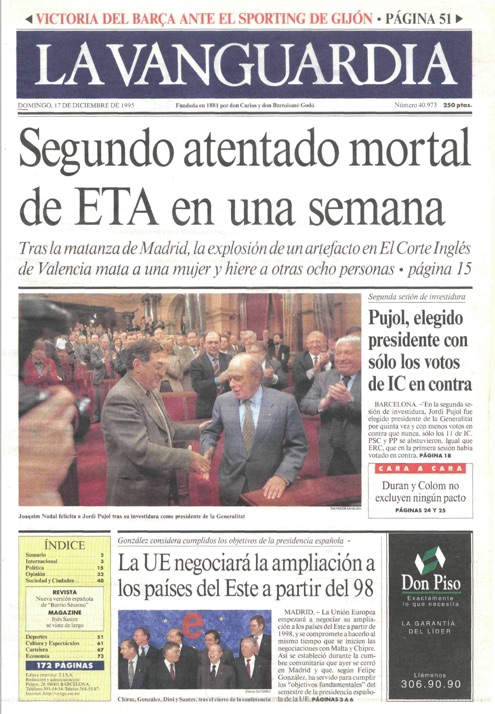