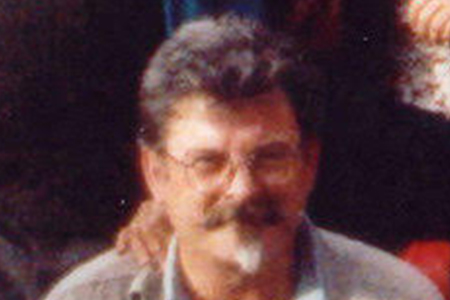 Joseba Pagazaurtundúa Ruiz was shot shortly before 10:00 am, while he was having breakfast at the Daytona Bar in Andoáin. He was taken to the Donostia Hospital in San Sebastián, where he died nine hours later, at around five o’clock in the afternoon. At the time of his killing, he and other colleagues were preparing a protest march in support of people suffering harassment by ETA in Andoain.

A few days before he was murdered, Joseba had written that he thought it would noy be long before he was killed by ETA. Joseba “Pagaza” was an active member of the Basque socialist party (the PSE) and had also been a member of the UGT trade union, as well as being a committed activist of the ¡Basta Ya! Citizens’ Initiative which was calling for an end to ETA terrorism. He and the other members of the platform had been awarded the European Parliament’s Sakharov Prize.

ETA had made multiple attempts on his life in 1994, when he was a municipal police officer in Andoáin. As a result, he had succeeded in being temporarily transferred to the Basque police force (Ertzaintza) in Laguardia. However, in 1994, following an ETA truce, the Basque Government decided to cancel his secondment and he was forced to return to Andoain. At that time the town council was governed by Batasuna with the support of the PNV, EA and IU. Fearing that they might be able to monitor his activities, Joseba had to ask for sick leave. The council’s tolerance for the so-called “kale borroka” (street violence) turned Andoáin into an important focus of terrorism during these years.

A year after his killing, the PNV and EA both refused to award the Andoáin Medal to Joseba. 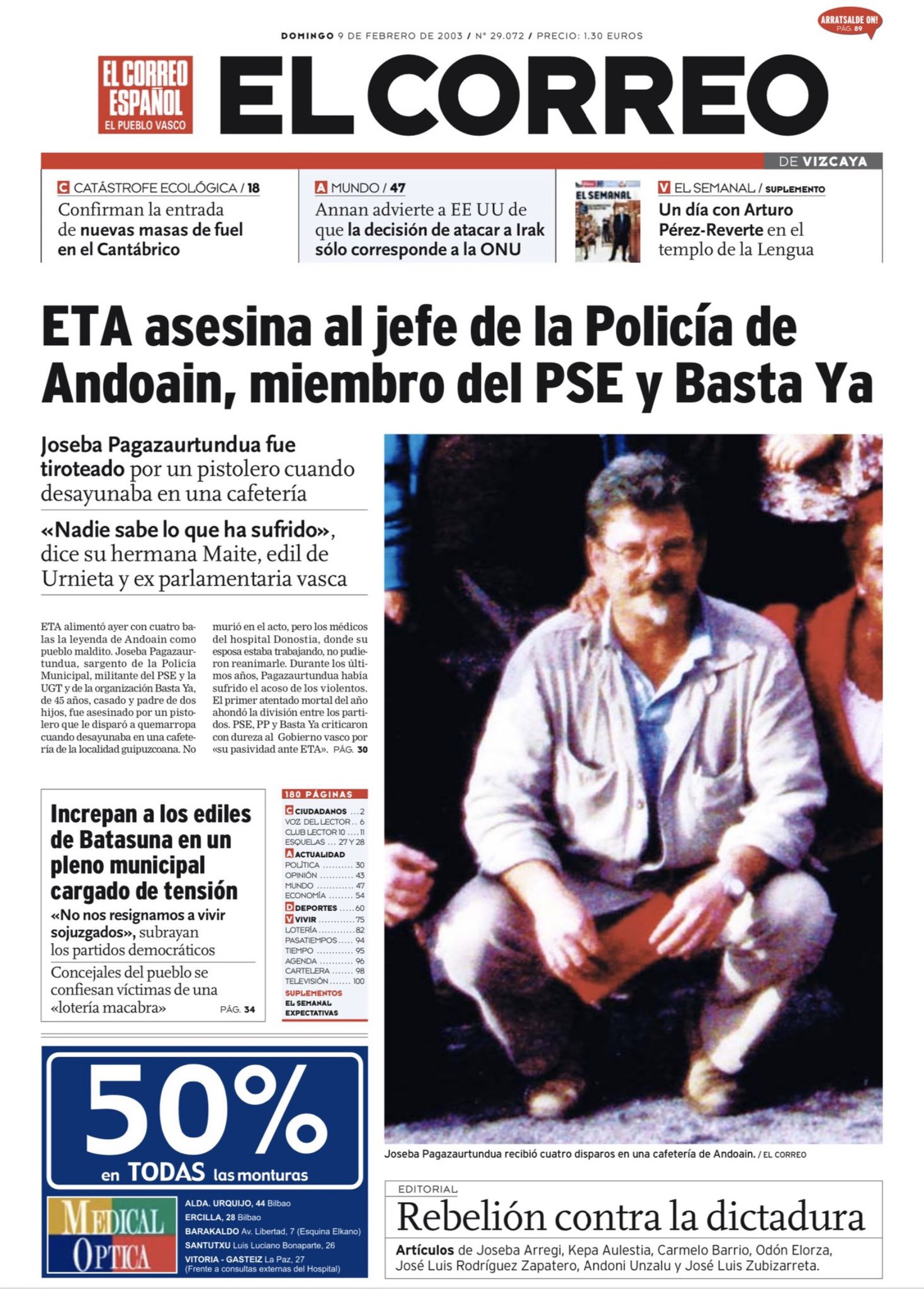 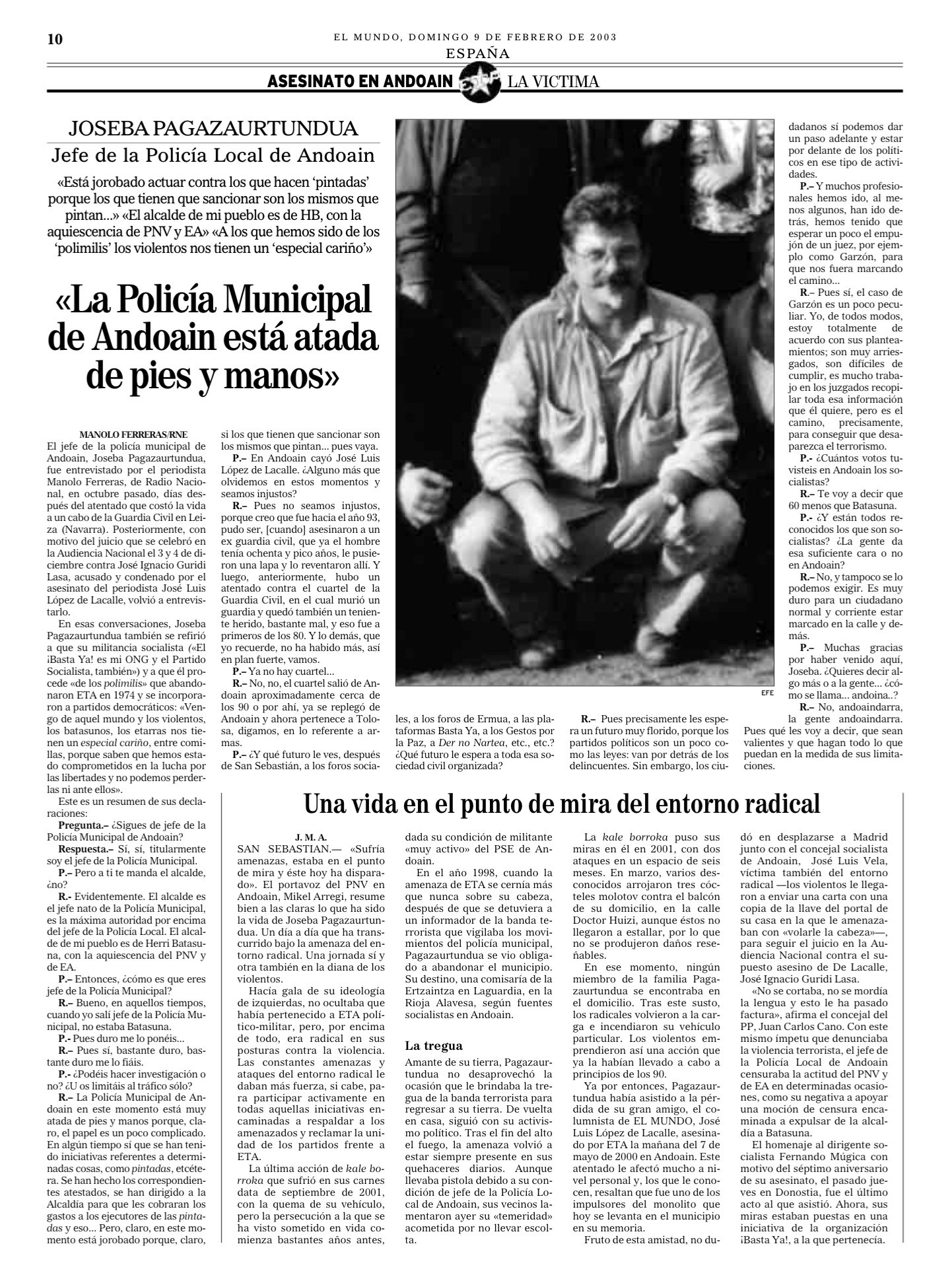 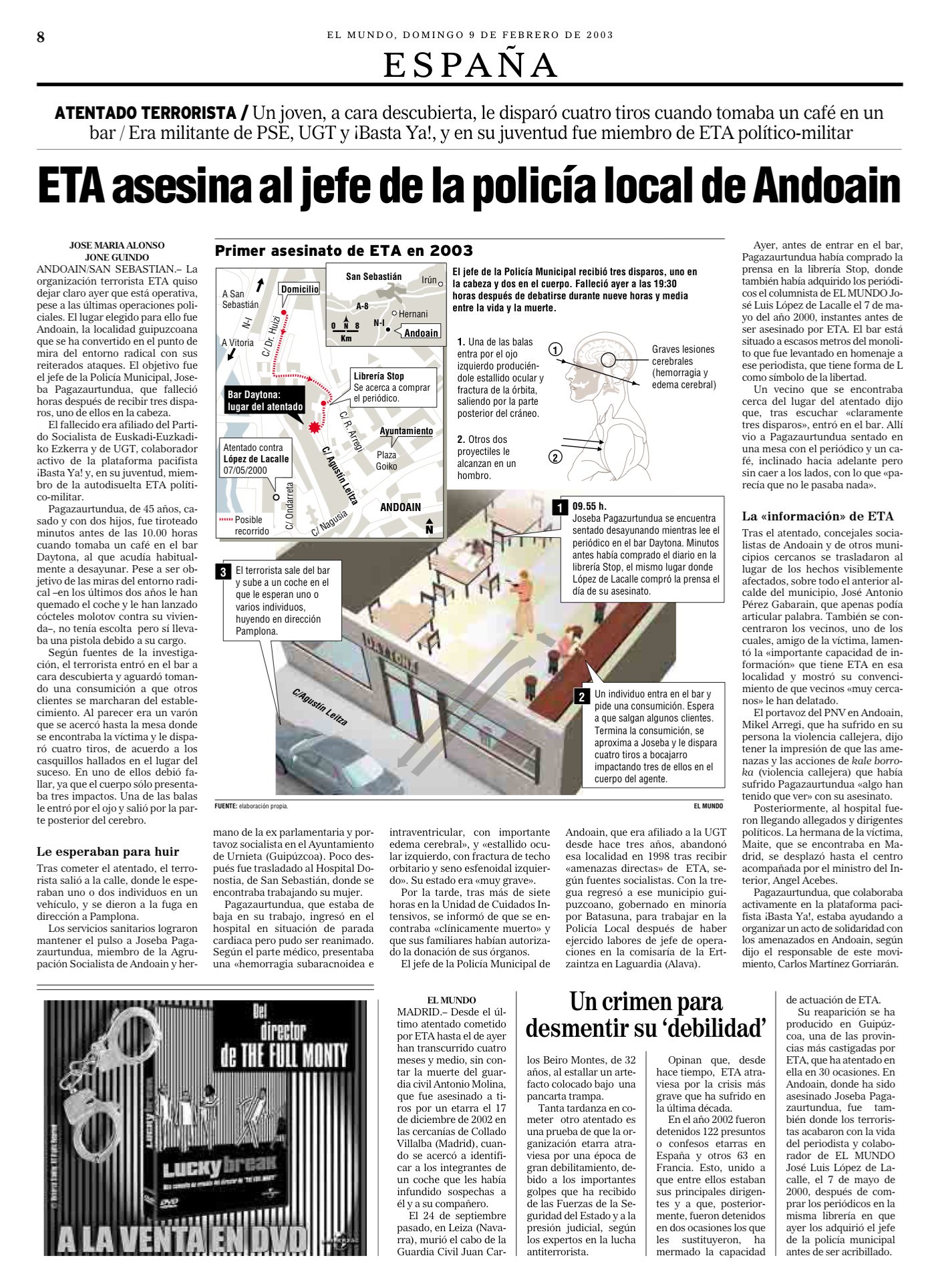 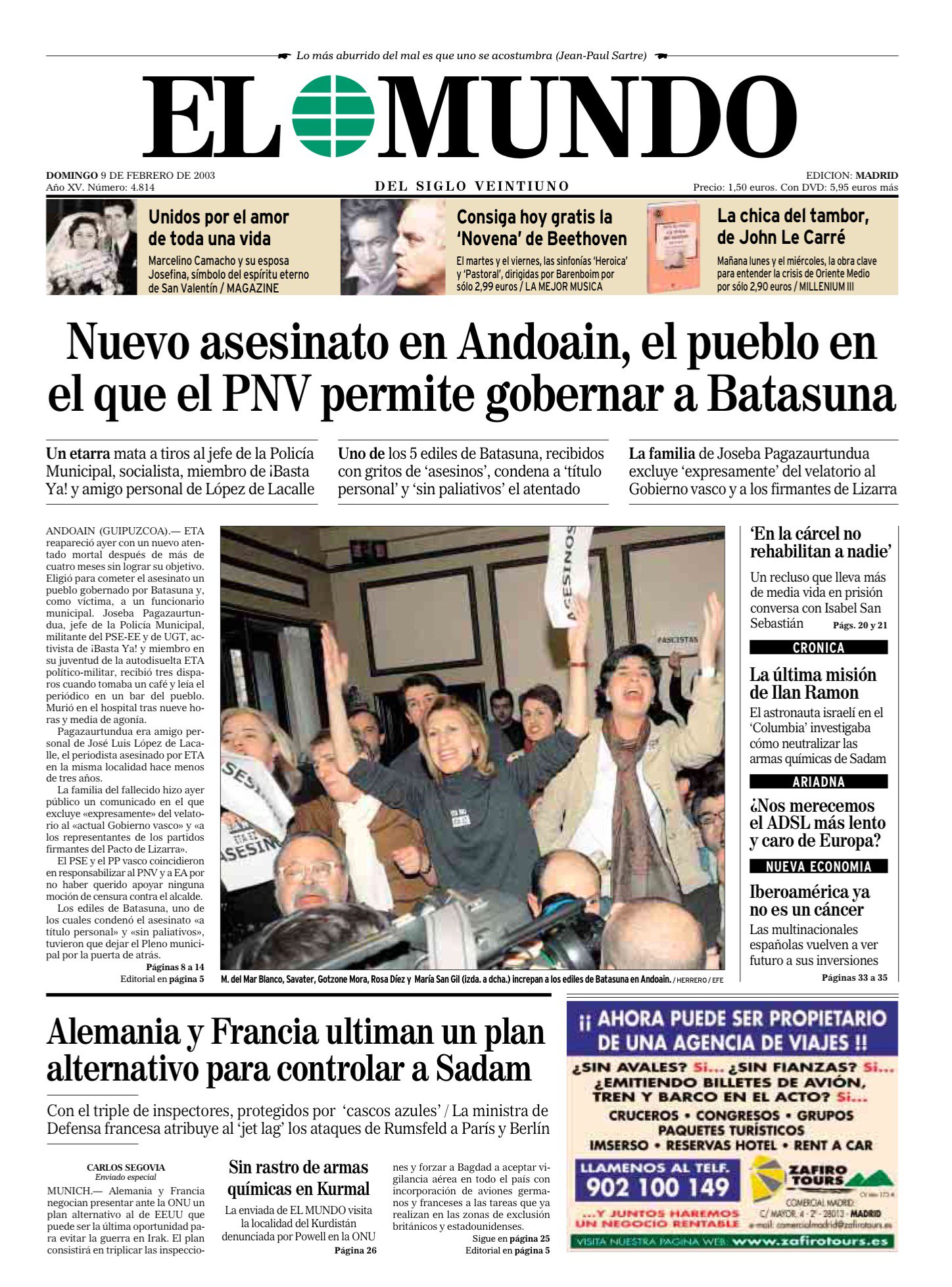 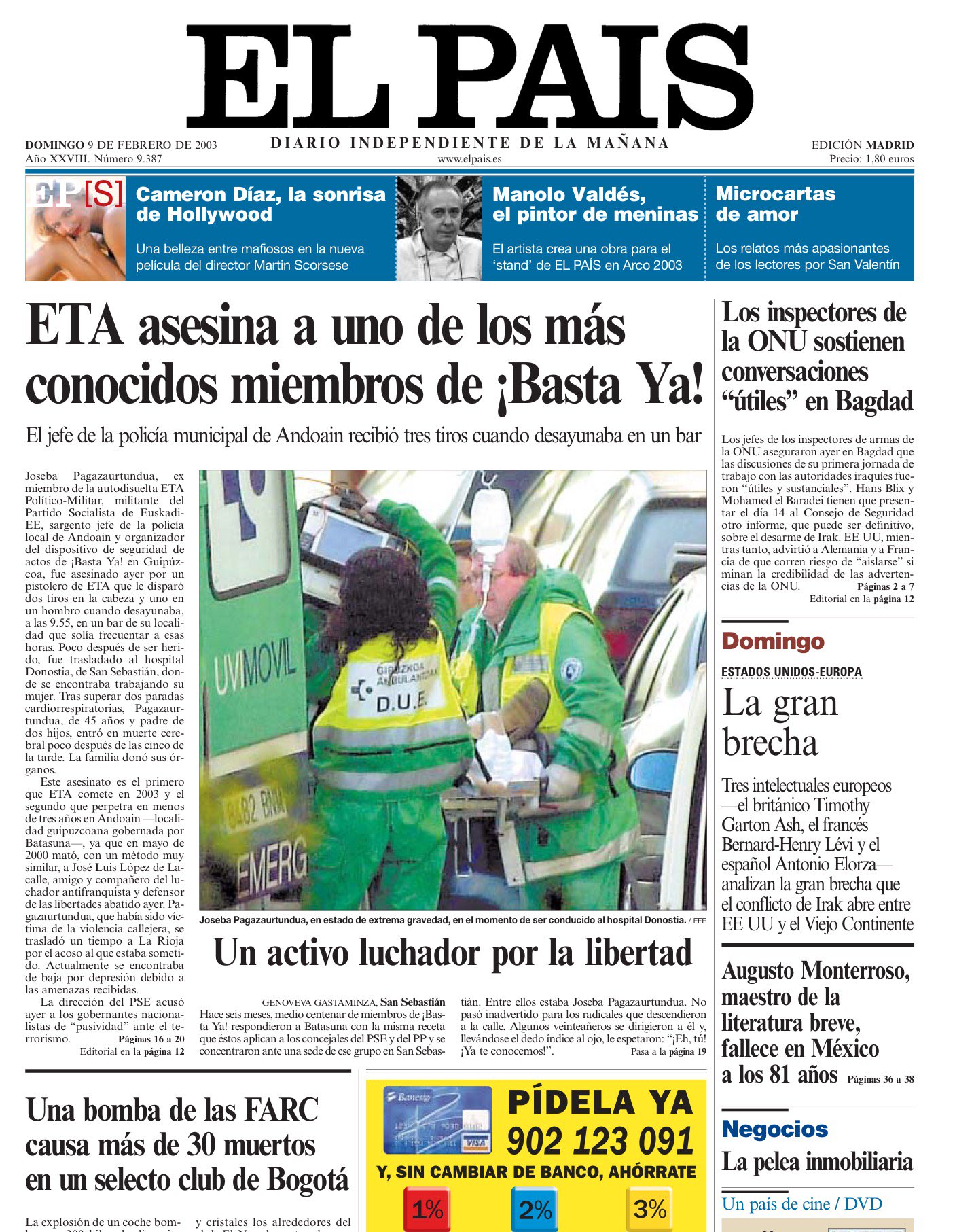 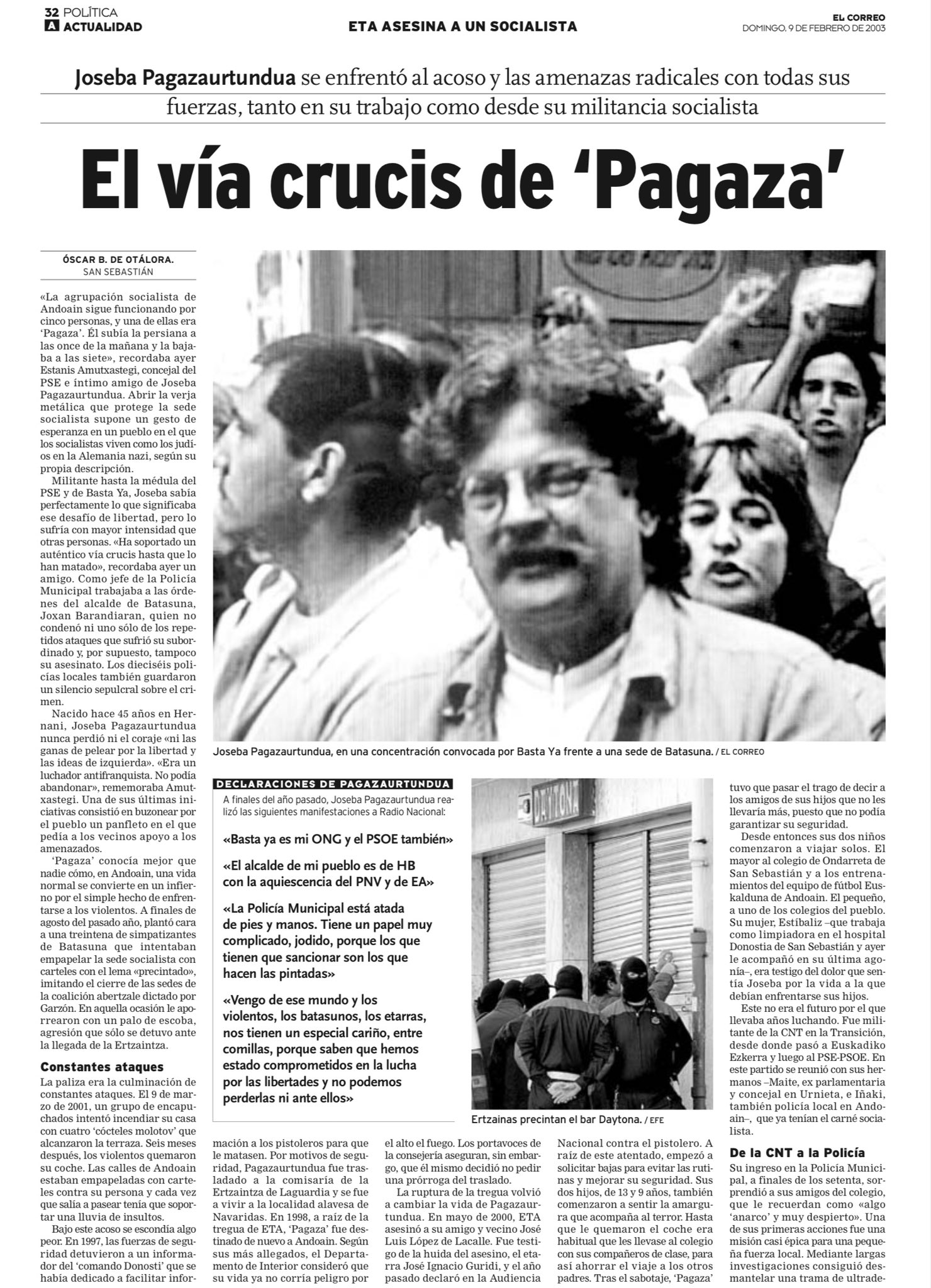 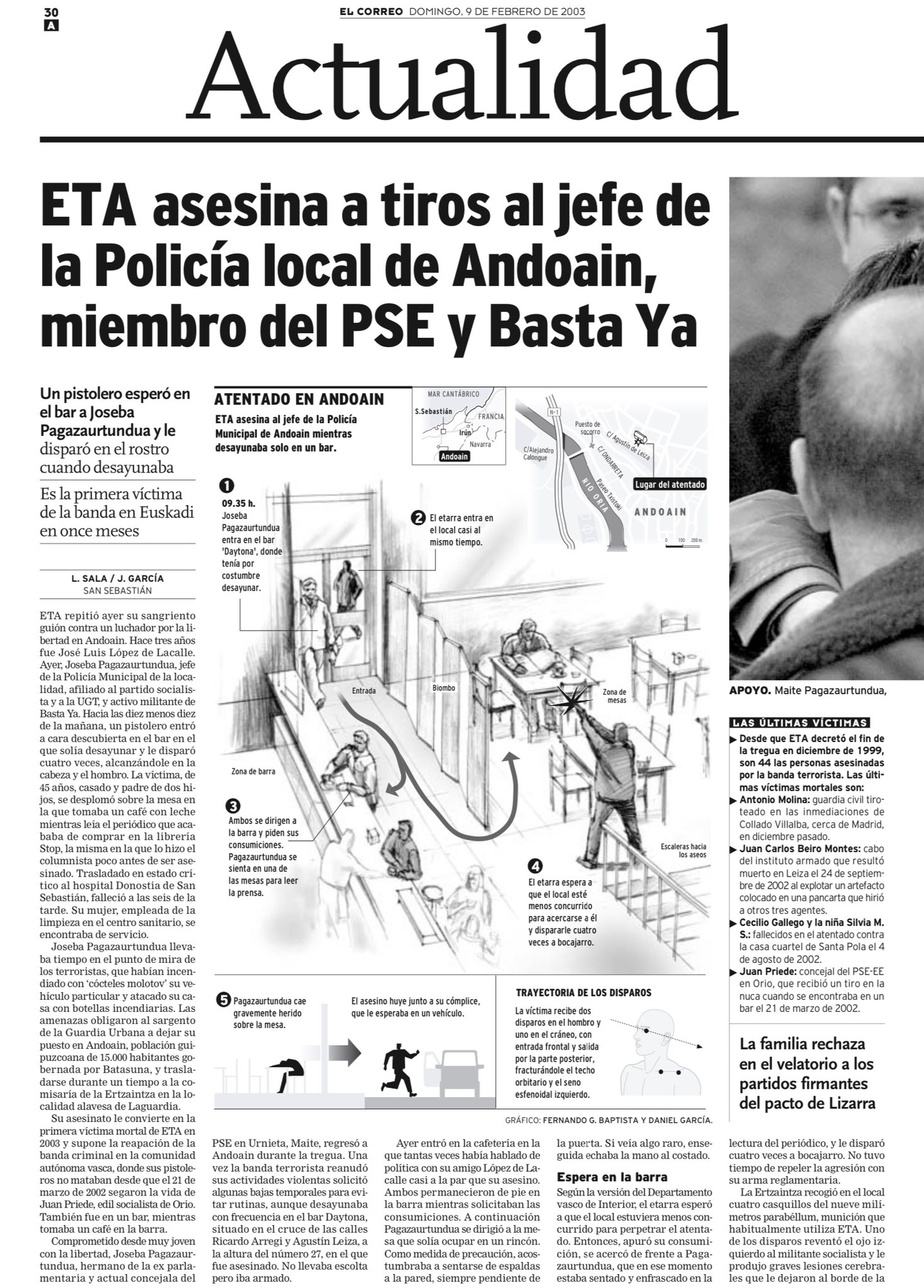