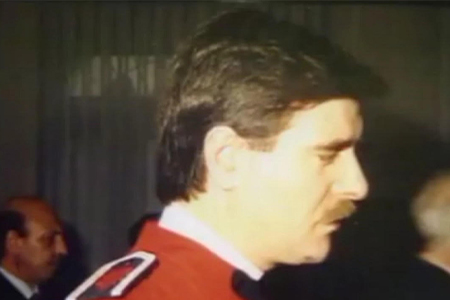 On the morning of 22 November 1993, Joseba Goikoetxea, a sergeant major in the Ertzaintza (Basque police force), was taking his 16-year-old son to school. From there, he was due to go on to the headquarters of the Basque Nationalist Party in Bilbao, where he worked. When he stopped at a red light, a terrorist who had been lying in wait, approached the vehicle and shot him through the driver’s window as his son looked on. The boy was unharmed. As the officer was being taken by ambulance to Basurto Hospital he suffered a cardiac arrest and died on arrival at the hospital at around 8.45 am.

Joseba’s killer was ETA member Andoni Ugalde, who has been convicted of at least one other murder, as well as for membership of ETA and for aiding and abetting in another deadly attack. He was released from prison in September 2017. On his return to Bilbao, he was greeted with cheers and applause in the old quarter by a large crowd. 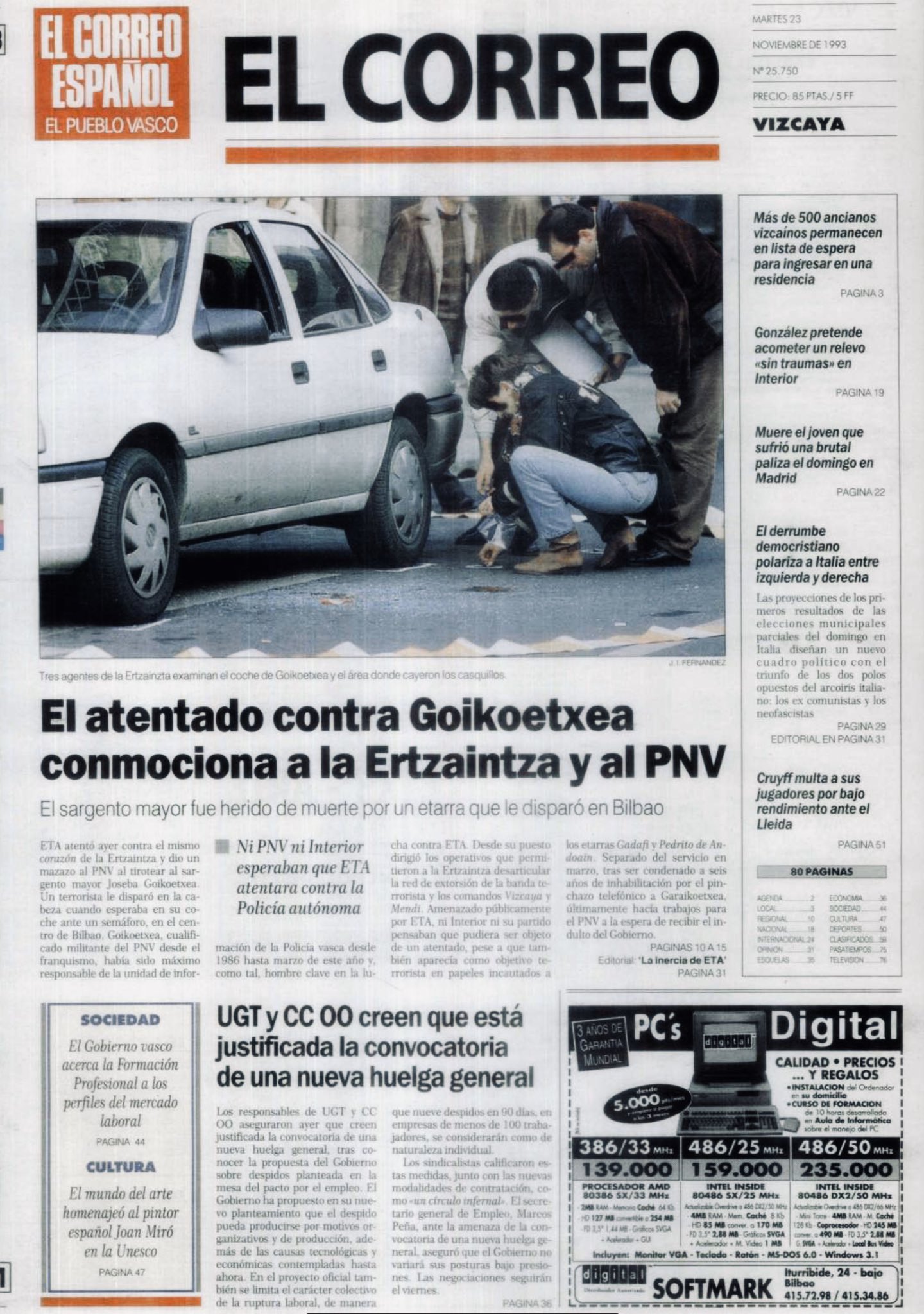 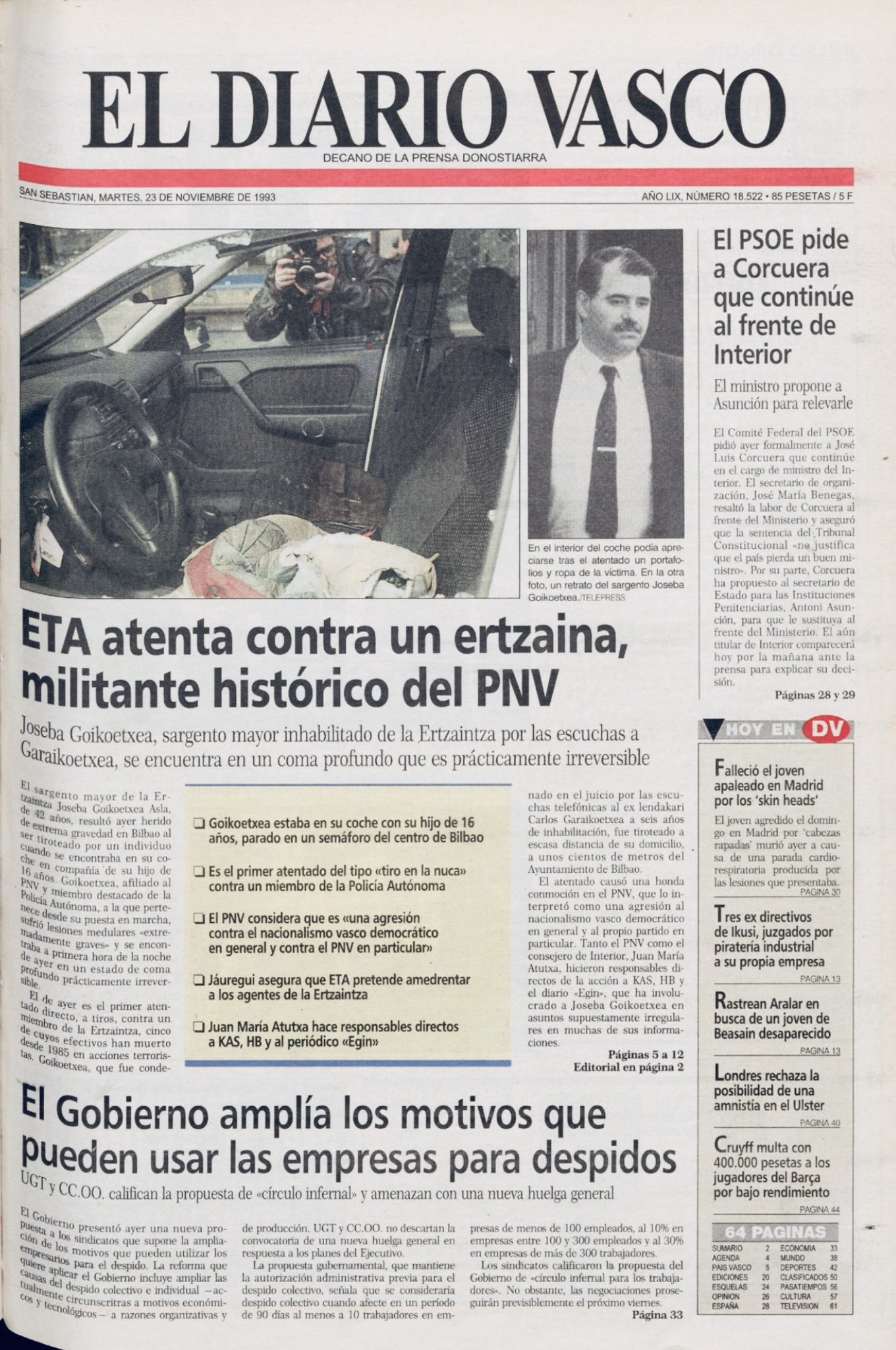 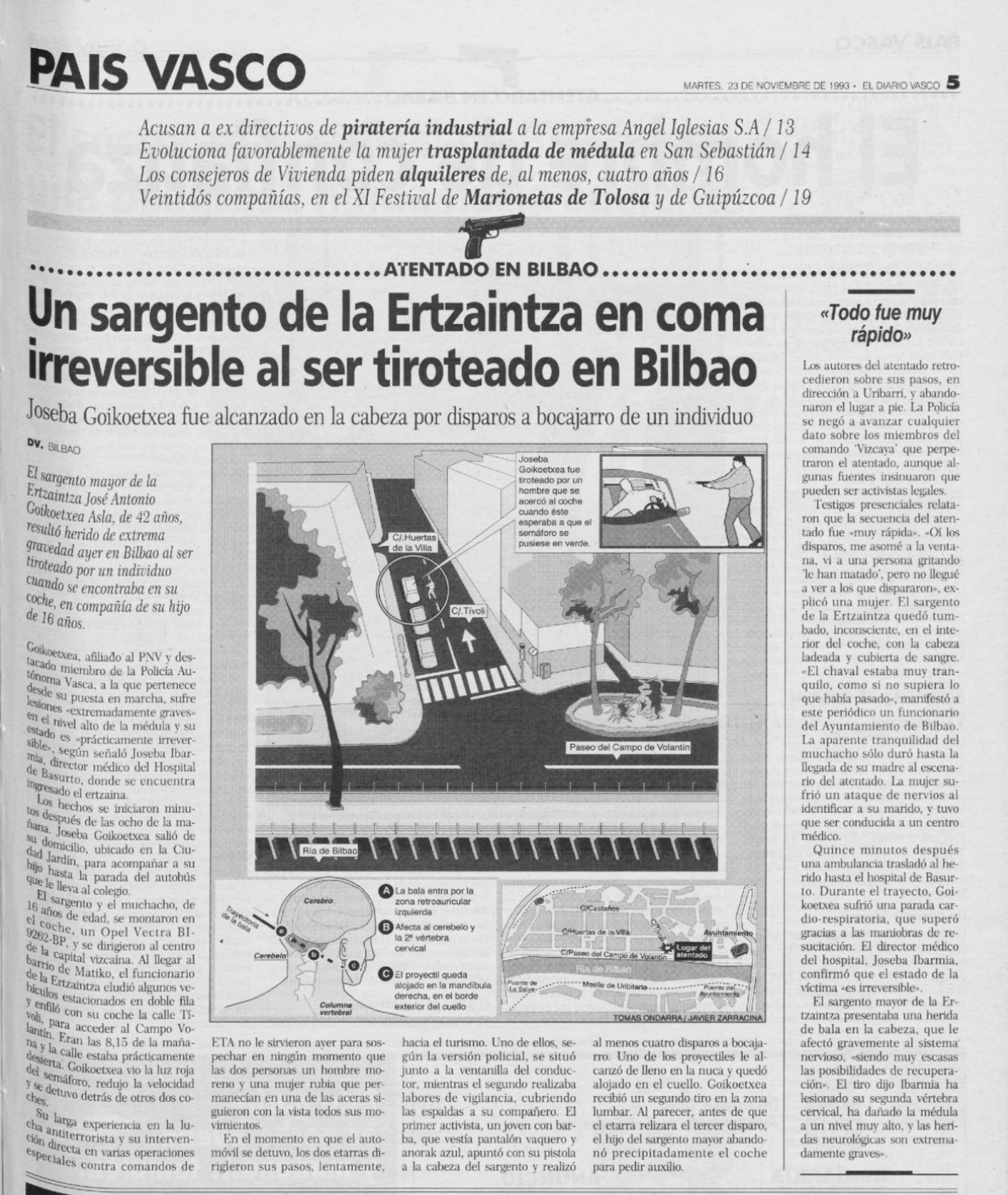 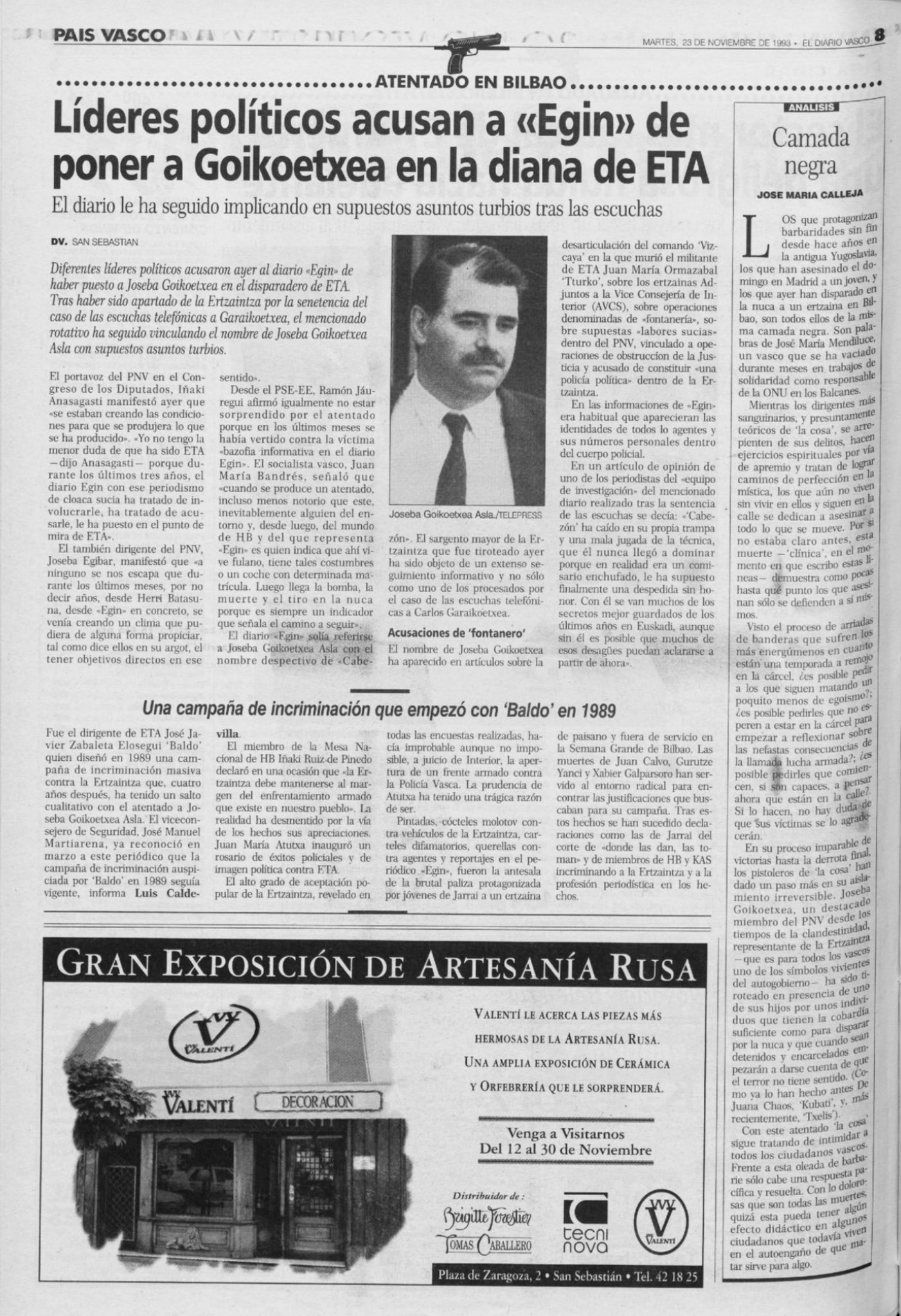