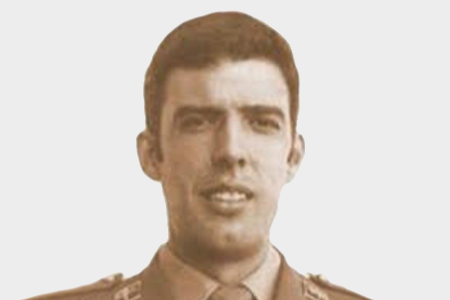 Civil guard José Reyes Corchado Muñoz was killed by ETA in Oñate when an explosive charge hidden next to a wall was remotely detonated. The victim was part of a patrol of three Civil Guard vehicles that had left the Arechavaleta barracks to carry out guard duty. As they passed through the Zubillaga neighbourhood in Oñate, Gipuzkoa, several members of the terrorist organisation detonated the “stove-type” bomb.

The explosion hit the first vehicle, killing civil guard José Reyes Corchado and wounding the driver and first corporal Antonio Ramos Ramírez (who was killed by ETA three years later in an attack in Mondragón).