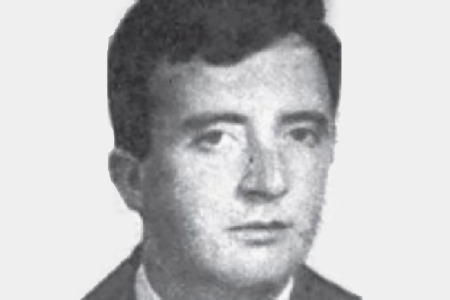 Police Inspector José Ramón Morán González was assassinated by ETA in Guecho (Vizcaya) on 22 April 1975. He lived in Sopelana, about 7 kilometres away and took the train to work at the police station in Guecho each day. He had just left the station when two terrorists got out of a car and approached him from behind. One of them then shot him twice from a short distance. The ETA member got away and José Ramón was taken to the Guecho first aid station, where he died a few minutes later. The inspector lived in Sopelana, about seven kilometres away and took the train to work each day.

In response to the attack, a state of emergency was declared in Vizcaya and Guipúzcoa on 25 April.