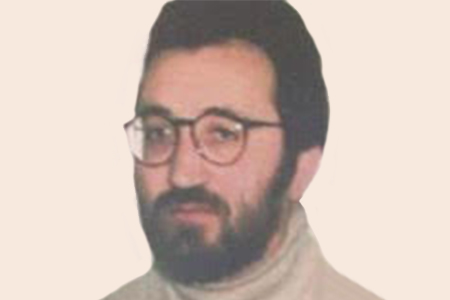 When José Ramón Domínguez Burillo left his home in the Martutene neighbourhood to go to work at the prison in San Sebastián, two ETA gunmen were waiting for him in the street. They approached him from behind and shot him twice in the neck and head.

On hearing the shots, several neighbours looked out their windows, but because the street was in darkness and their view was impeded by parked cars, they did not see his body lying on the pavement. Mortally wounded, José Ramon lay bleeding for around 20 minutes before being discovered by a ten-year-old boy on his way to school. He was pronounced dead on arrival at the Red Cross hospital in San Sebastián.

On the day following the attack, a five-minute strike was called in all prisons across Spain, which received mass backing. In Martutene, several convicted ETA terrorists, most of whom were in situations of social reintegration, joined the protest. Indeed, the media interpreted the killing of Domínguez Burillo as an attack by ETA on the reintegration of imprisoned terrorists.