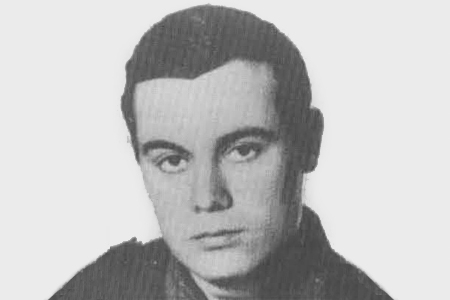 José Antonio Pardines Arcay was killed at the site of some road works on the N-I road in the municipal area of Villabona (Guipúzcoa). The Traffic Division of the Civil Guard were on duty at the scene, directing traffic and diverting vehicles. Pardines was at one end of the roadworks and his colleague Felix de Diego Martínez was two kilometres away at the other end.

ETA members Francisco Javier Echebarrieta Ortiz (alias Txabi), and Iñaki Sarasketa, who were travelling in a Seat 850 coupé with Zaragoza number plates, stopped beside Pardines. He must have noticed something suspicious about the car and asked them for their papers.

Javier Etxebarrieta then shot him in the head and chest. José Antonio fell on his back and was shot another three or four more times in the chest. The other civil guard, Félix de Diego, was alerted by a truck driver and went to the scene, where he found his partner lying dead in a pool of blood.

It was the first murder perpetrated by ETA. Pardines’ colleague, Félix de Diego Martínez, was killed by ETA in 1979.