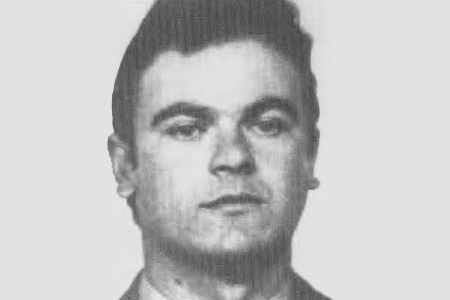 José Olaya de la Flor was one of the drivers in a three-vehicle Civil Guard convoy escorting two explosives trucks. The three Land Rovers, each containing three officers, were positioned at the front, middle and back of the convoy. The vehicles were transporting explosives to the quarries.

The two vehicles they were escorting were in the middle of the convoy. They had to unload part of their cargo at one quarry, before travelling on to another to unload the rest. Two of them had accompanied the truck, carrying detonators, and a van with 450 kilos of Goma 2, as far as the entrance of the quarry, where they unloaded 400 kilos of explosives. The third Civil Guard vehicle was waiting about 300 metres away, at the junction of the road leading to the quarry. The convoy set out again for the second quarry. They had travelled barely 100 metres when a bomb went off beside them. The device had been hidden behind some stones on an embankment on the left-hand side of the road. The blast was so powerful that it practically blew the vehicle apart and sent it flying several metres into the air.