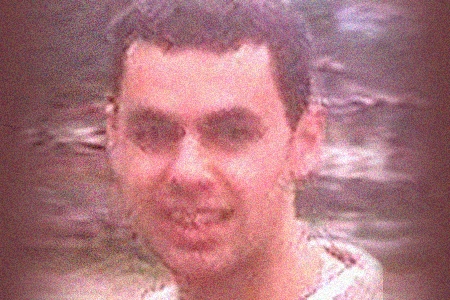 José Miguel Valderrama was an economist. He lived with his family in Coslada, though he and his girlfriend had just bought a flat in Alcalá de Henares. He travelled to his work at the offices of Caja Madrid by suburban train to Atocha station. On the train he used to meet a fellow student, Laura, who got on a few stops earlier and would keep a seat for him. However, on the morning of 11 March, Laura missed her usual train, saving her life.