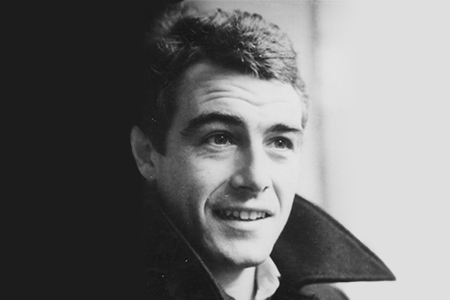 On the morning of 30 December 1980, José Martin Sagardia Zaldúa left his home in Biarritz (France) to go to work. At around 7.00 am, he got into his partner’s Renault-12 and started the engine. A bomb containing three kilograms of Goma-2 went off, blowing up the car. José Martín Sagardia was killed instantly and two people in the surrounding area suffered minor injuries. The far-right terrorist group the Basque-Spanish Battalion (Batallón Vasco-Español) claimed responsibility for the murder.

José Martín Sagardia Zaldúa, alias Usurbil, fled to France in 1973 as a result of his membership of ETA. He was employed in a furniture factory in Biarritz and had succeeded José Miguel Beñaran, alias Argala, as ETA militar leader. 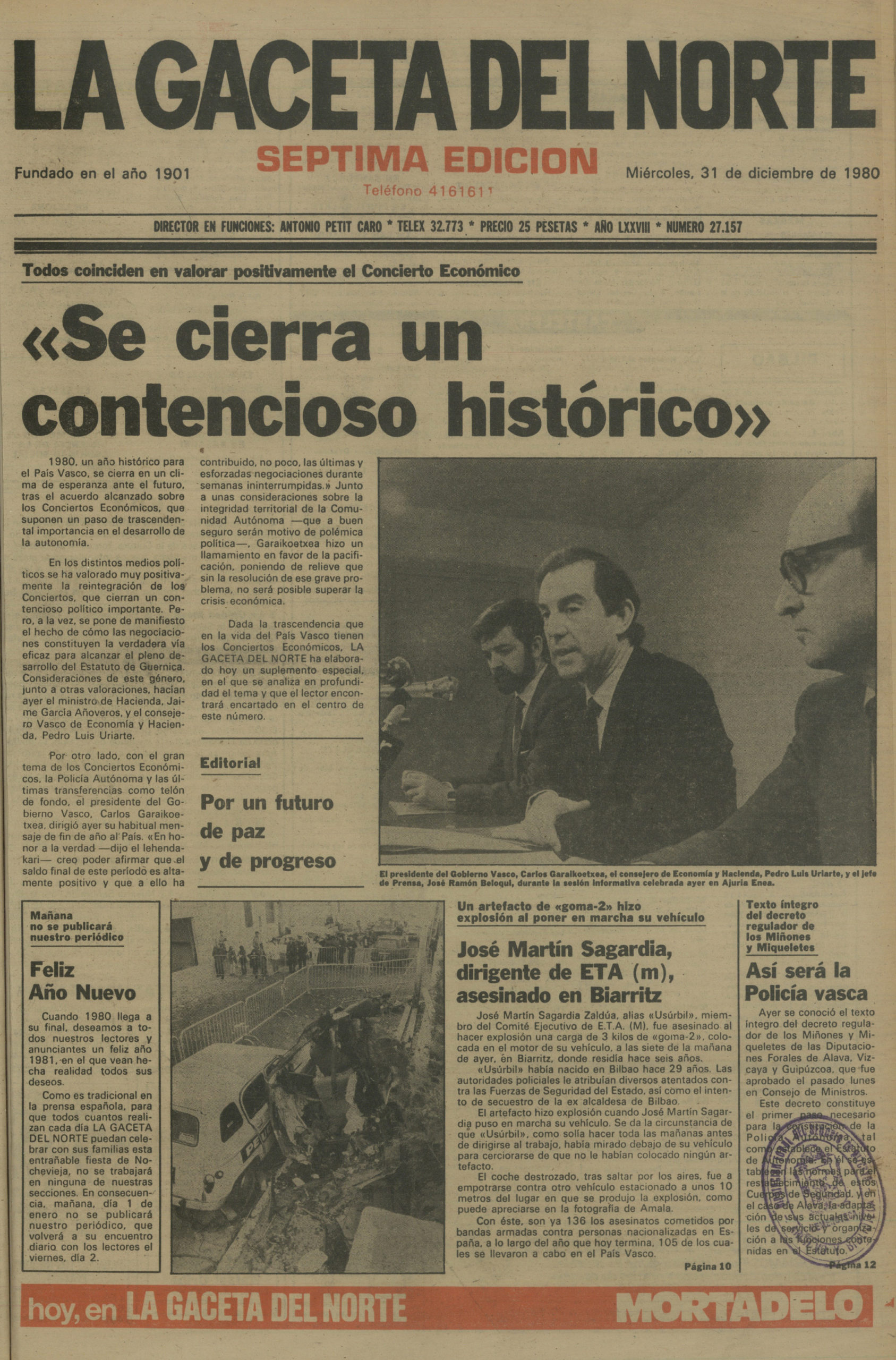 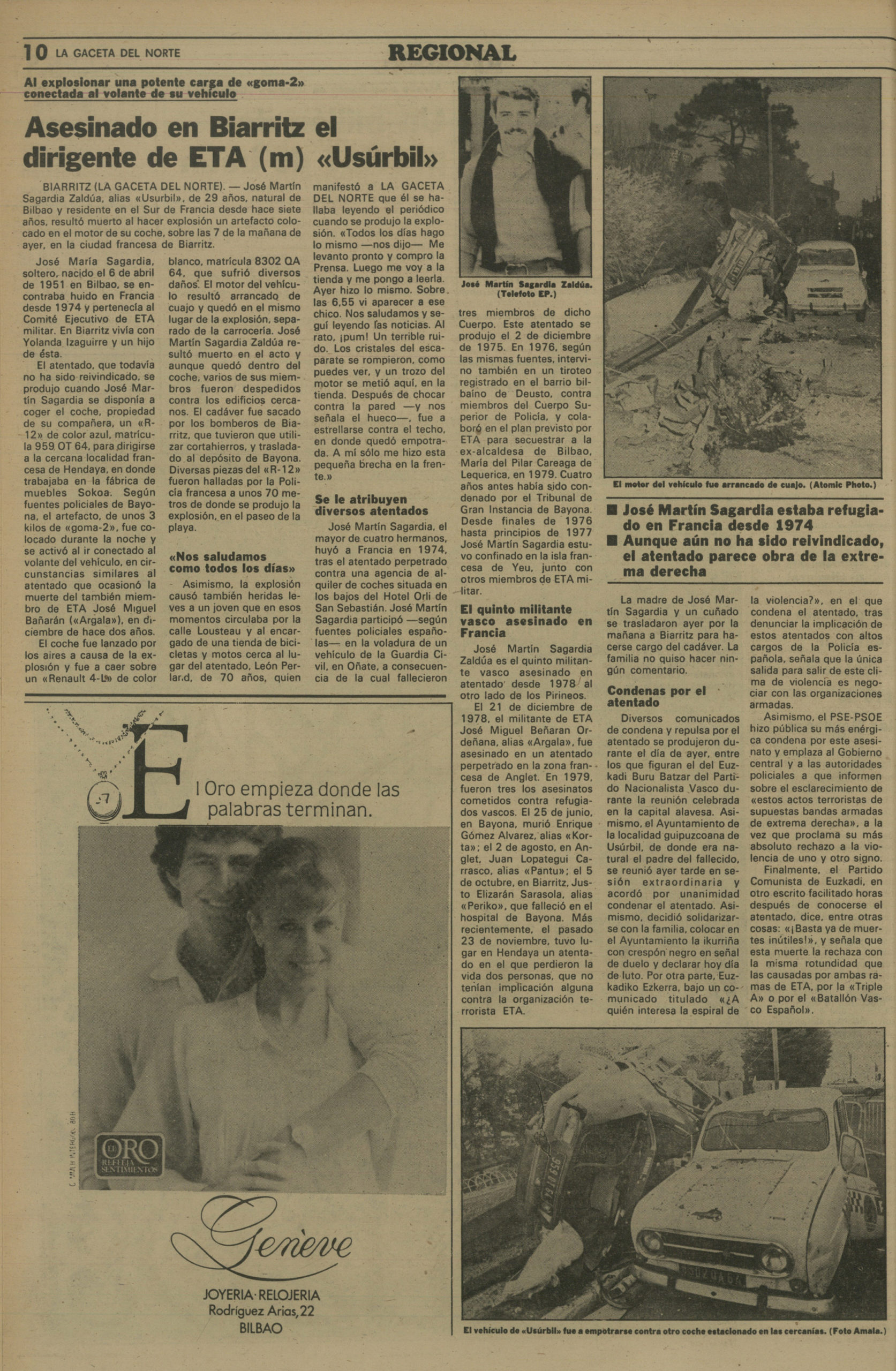