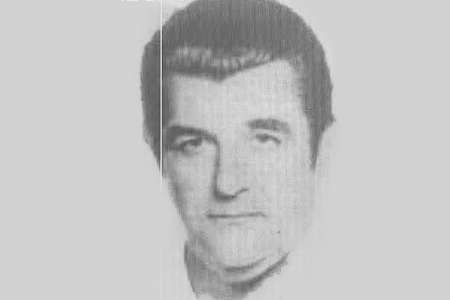 Around midnight on 23 May 1978, taxi driver Martín Martín Merquelán Sarriegui’s wife began to be concerned when he did not return home. She contacted his colleagues, who told her he had left the taxi stand with a client. At half past twelve, the other drivers reported Martin’s disappearance to the police. A short time later, his car was found abandoned with the doors open in Pasajes.

His body was found on the road from Oyarzun to Castillo del Inglés with bruising, four broken fingers, and signs of having been beaten. He also had two bullet wounds to the back of the head.

It was initially thought that he had been killed by ETA, but the murder was finally attributed to the Spanish Basque Battalion (Batallón Vasco Español).