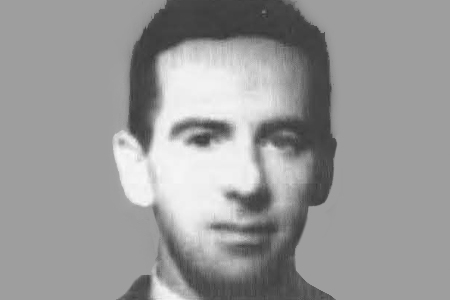 José María Urquizu Goyogana was in his family’s pharmacy when two terrorists, a man and a woman, came in asking to have a blood sample analysed on the pretext that she might be pregnant. As José María Urquizu was leaning over the microscope, he was shot in the back of the head at close range. He died instantly. The assailants escaped down an alleyway to a stolen vehicle in which a third terrorist was waiting.

All the pharmacies in Durango closed their doors in protest at the killing of the lieutenant colonel. Years later, his children revealed that their father had refused to pay extorsion money (the so-called “revolutionary tax”) to ETA. José María Urquizu’s widow, Mercedes Aranaga, died four years later. Their son Javier says that the bullets that killed his father also killed his mother “in slow motion”. José María Urquizu’s 90-year-old father, who was in the room next to the crime scene, also died a short time later.

The victim was a Basque speaker and a card-holding member of Athletic de Bilbao football club, as well as being very involved in social activities in Durango.