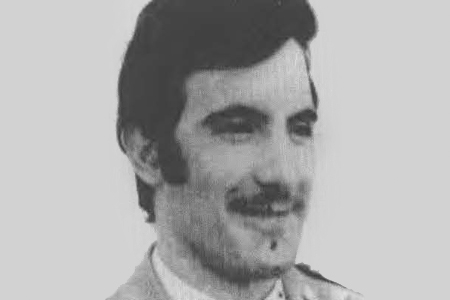 Early in the morning, three ETA members staged an ambush on seven police officers as they were driving from the train station in Zumárraga to the police station. Officer José María Pérez Rodríguez was hit by a burst of gunfire and mortally wounded.

The national police tried to repel the attack by returning fire, but none of the three terrorists was injured. The perpetrators fled in a green Ebro van from which one of them had fired. Almost seventy bullet casings were collected at the scene. José María was hit six times. Although he was taken directly to the Orbegozo Clinic, he was pronounced dead on arrival. The other police officers managed to take cover.