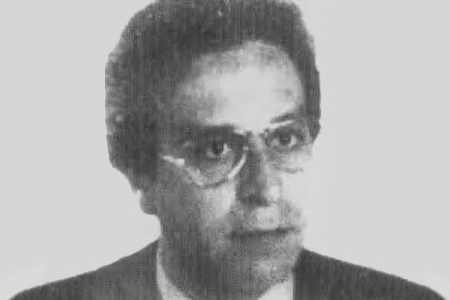 At 7.00 pm, someone called at the door of José María Pérez López de Orueta’s home, where he also practiced law. When the victim’s mother, Ángela, answered the door, two individuals told her they had an appointment with José María. The armed terrorists then kidnapped him. Under threat, they told his mother not to tell the police until after ten o’clock that night.

José María was forced into a stolen car and taken to the Erezoñu district of Hernani, where they interrogated him about drug dealing. They then shot him, killing him instantly. After an anonymous call was made before midnight, his body was found with a bullet hole to the side of the head.