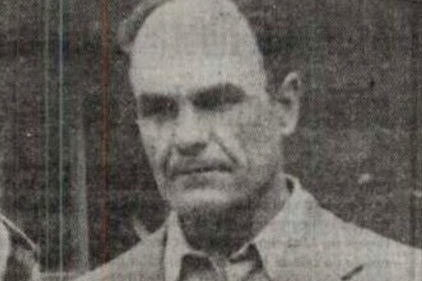 Born in: Euskadi
Age: 49
Offspring: 2
Marital status: Married
Job: President of the Brotherhood of Former Legionaries of Vizcaya and employee of Iberduero
Date of the attack: 16/03/1979
Place of the attack: Bilbo
Weapon: Gun
Killed by: ETA

José María Maderal Oleaga was an employee at the Iberduero electricity utility. He was also the president of the Brotherhood of Former Members of the Spanish Legion in Vizcaya, making him a marked ETA target. On the morning of 16 March 1979, José María Maderal was on his way to work when three terrorists blocked his way. He managed to call for help and to try to shield himself with his hands before they opened fire, but he was shot seven times and died instantly. The terrorists got away across the Merced Bridge.