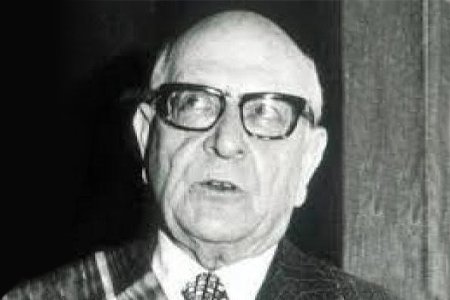 On 9 May 1977, businessman José María Bultó Marqués was having lunch at his brother’s home on Calle Muntaner when six terrorists from the “Exèrcit Popular Català” gang, led by Carles Sastre, burst in. At gunpoint, they attached a bomb the size of a chocolate bar under his left armpit. They demanded payment of 500 million pesetas (€3 million) and gave him a piece of paper with instructions on how to make the payment and defuse the bomb.

Bultó refused to pay and asked his relatives not to say anything. He went to his own home in Pedralbes, planning to go from there to the police station to report the attack. However, he did not get there in time. The bomb went off as he was trying to remove it. 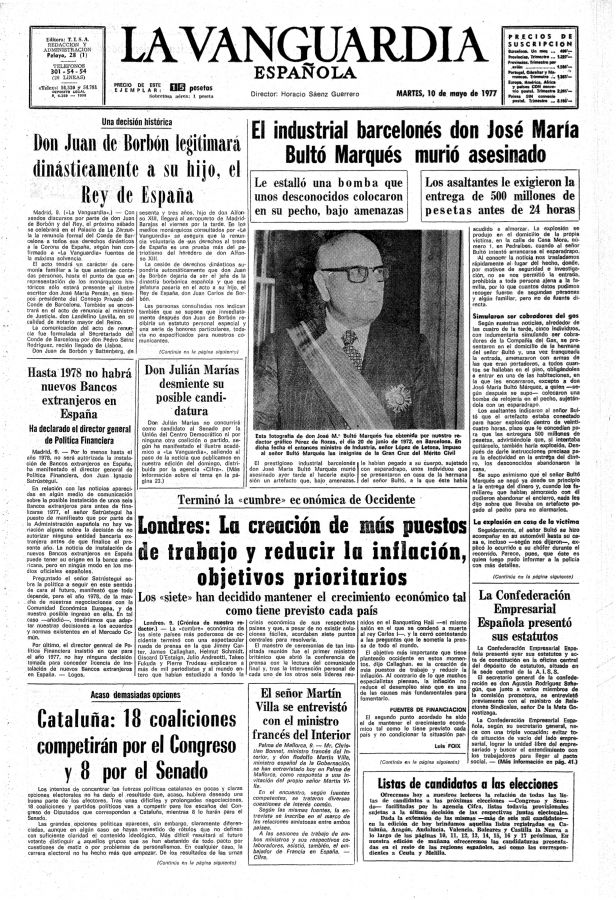 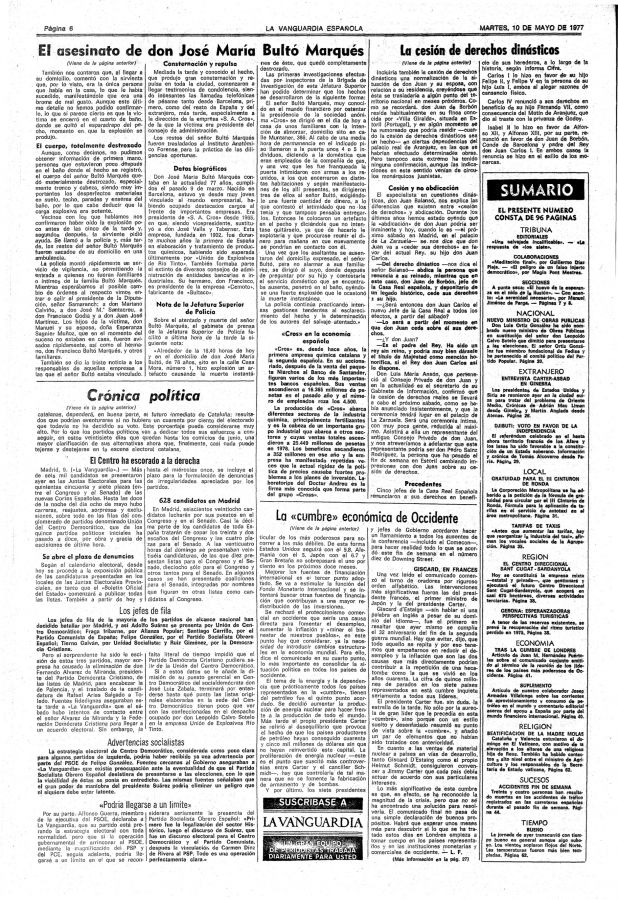