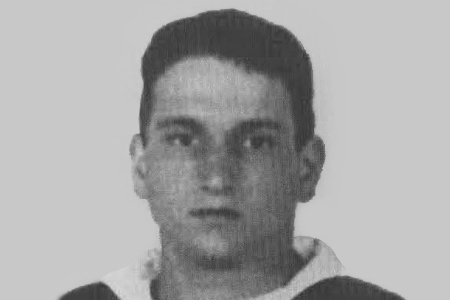 The attack took place at 8.20 am in the La Paz district of San Sebastián, when three ETA members machine-gunned a minibus with six military personnel, killing José Manuel Ibarzábal Duque, seaman second-class in the Navy, and Rafael Melchor García, radio operator first-class. The three terrorists had positioned themselves along the roadway. When the military coach came within range, they opened fire with automatic weapons and the vehicle crashed into a tree. Ibarzábal ran away, but one of the terrorists chased him and shot him in the head.

The two men were on their way to the navy headquarters in Pasajes in the official vehicle. After it was machine-gunned, the car crashed into a tree. Both victims were very young: José Manuel was 20 and Rafael, who had two children, was 26. Moreover, Ibarzábal was doing his military service and, according to the press agency EFE, was a sympathiser of Herri Batasuna, as confirmed by the party itself. He was also a relative of the then spokesman of the Basque Government, Eugenio Ibarzábal.