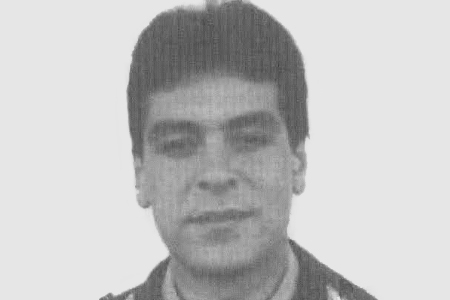 Officer José Manuel Cruz Martín and his wife Catalina Rebollo Samaniego got into their car, which parked on Calle Juan de Garay. No sooner had José Manuel started the engine than a “limpet bomb” exploded under the driver’s seat. It had been planted by ETA. The officer was killed instantly and his wife suffered serious injuries, requiring 270 days recovery.

Asier de la Mata and Carmen Álvarez Serrano, who were walking nearby, were injured in the attack.

The victim had inspected the underside of his car before getting in, but had not looked at the driver’s seat, despite noticing that the lock had been forced.