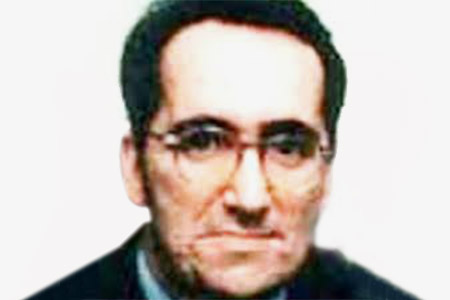 ETA terrorists Fernando García Jodrá and José Ignacio Krutxaga knew that José Luis Ruiz Casado always left home at around 7.45 am. He then drove to work at a company in the industrial estate in the free port in Barcelona. On 21 September, 2000, the terrorists lay in wait for him just a few metres from his home on Calle Bogatell in Sant Adrià de Besòs.

As Ruiz Casado was walking to the car park where he kept his car, García Jodrá stepped out in front of the councillor and shot him in the face. He fell to the ground and the gunman shot him again in the head, killing him instantly. García Jodrá, together with Krutxaga (who had been standing a few metres away) then ran to the getaway car, where fellow terrorist Lierni Armendaritz was waiting for them.

Ruiz Casado had been a town councillor for the People’s Party (PP) in San Adrián de Besós since 1995. The town, which had a population of 34,000, was at that time governed by the Socialist Party of Catalonia (PSC-PSOE). Jose Luis had been the number two candidate on the PP lists in the 1999 municipal elections. At the time of his murder, he was an unpaid member of the Town Planning committee, the Besós Consortium and the La Mina Consortium. As well as his political career, he also worked as the head of international overland traffic at the Barcelona office of the Belgian multinational ABX Logistics. 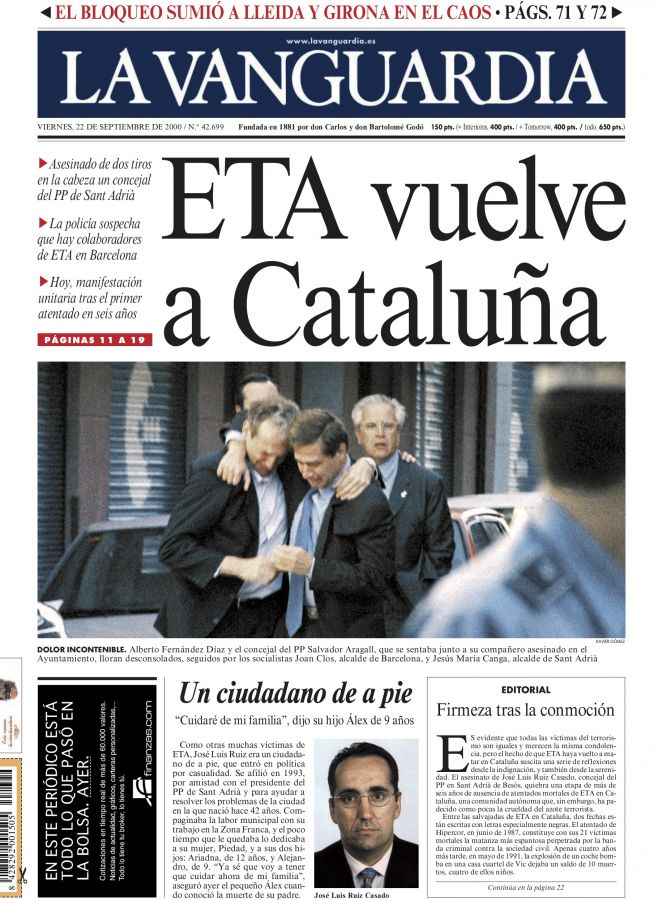 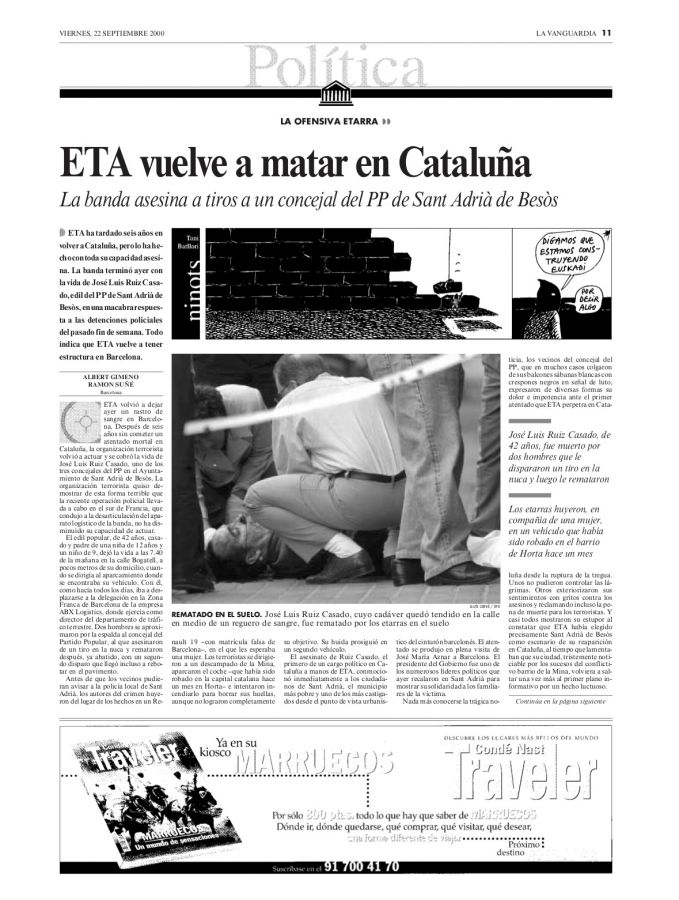 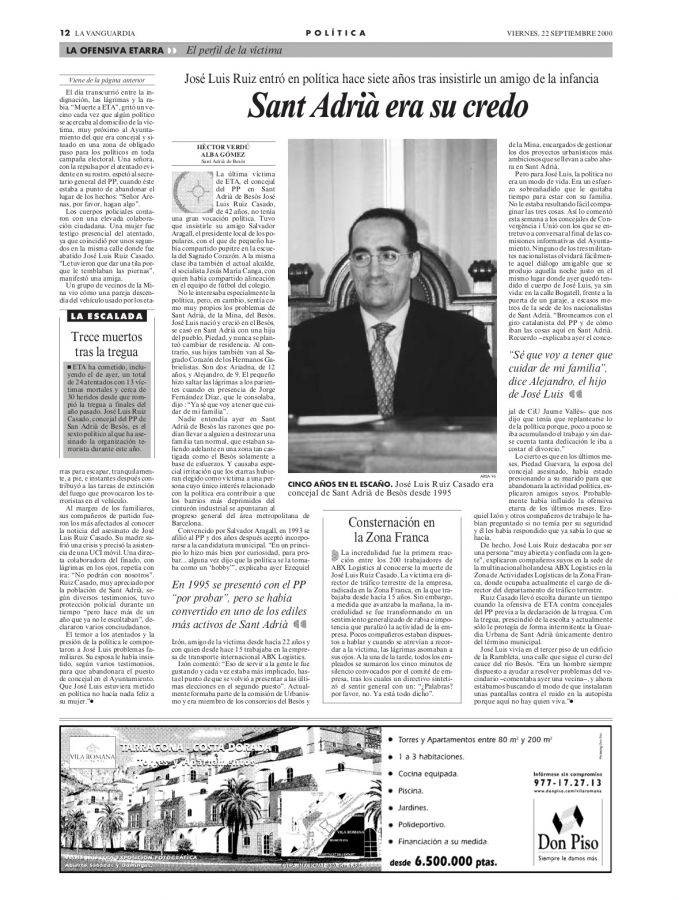 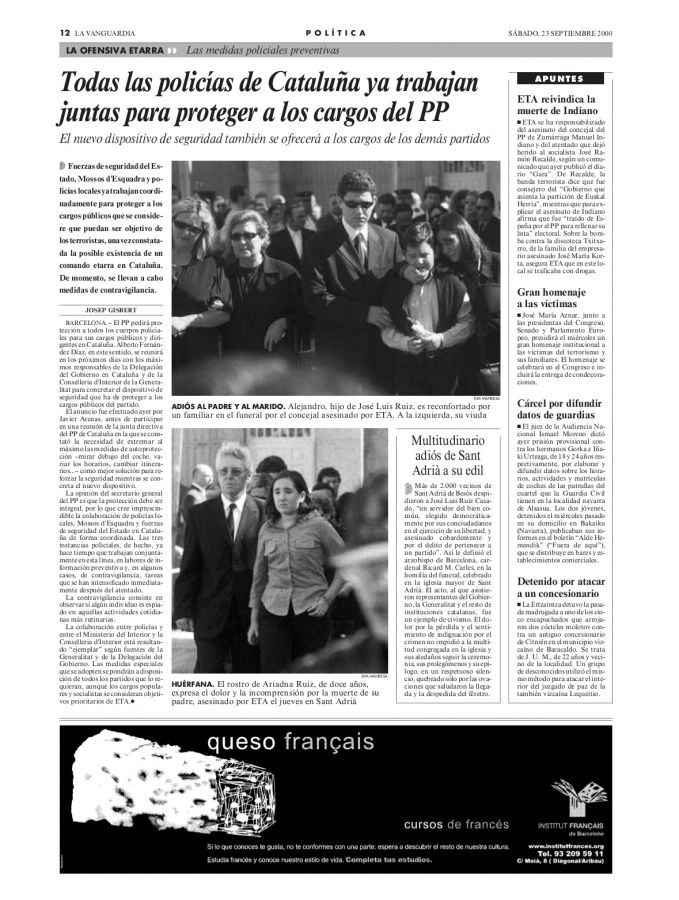 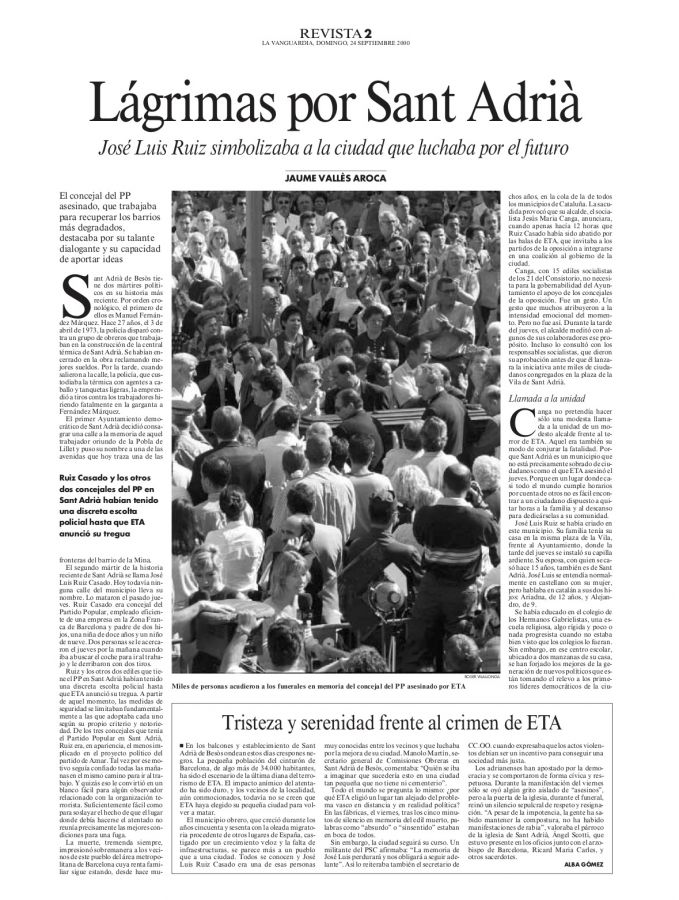 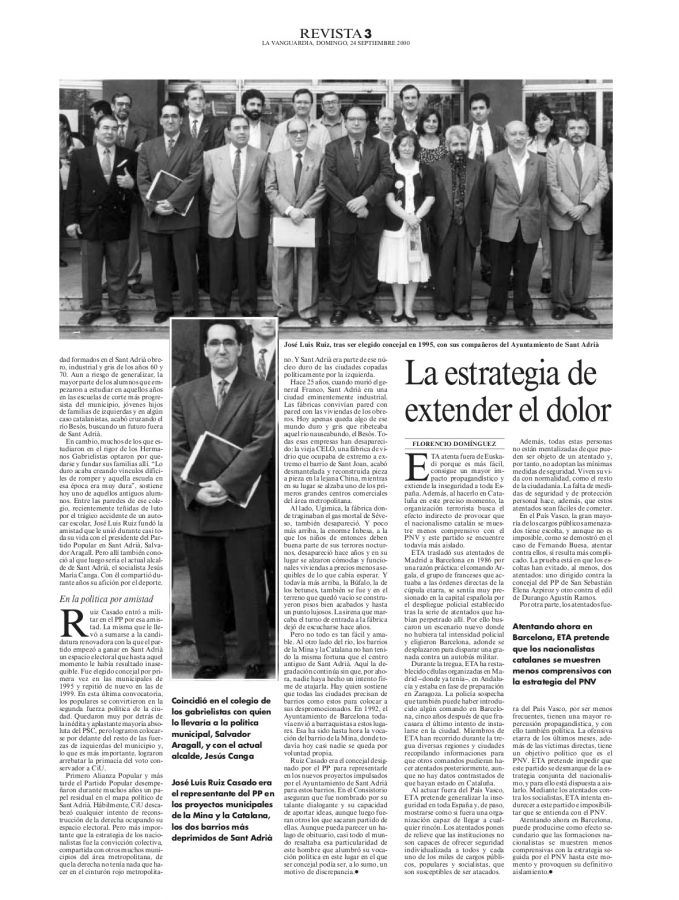