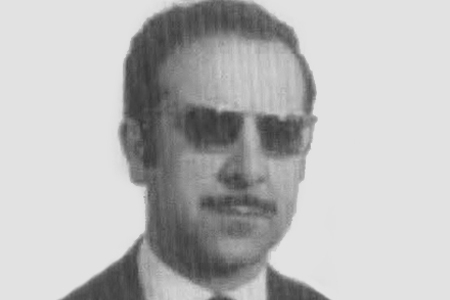 José Luis de Raymundo Moya was the senior police officer at the Santiago Police Station in Bilbao and lived in the Deusto district. On the day of the attack, he was walking home when a car stopped close to the police station. Two individuals alighted while a third remained at the wheel with the engine running. One of the terrorists, who was unmasked, approached José Luis from behind and shot him at point-blank range in the back of the head

before getting away. The commissioner was being taken to Basurto hospital, where he was admitted in serious condition. He underwent surgery but died on the operating table.