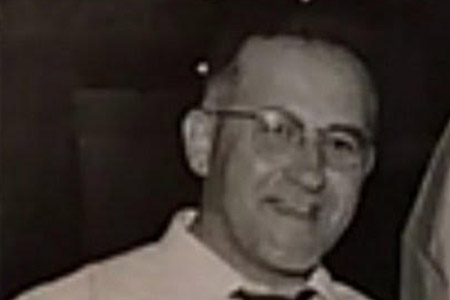 José Luis Legasa Ubiría was visiting a construction site near the northern bypass of the Irún road. As he was about to get out of his car, terrorist Henri Parot and two other ETA members approached and shot him. He was hit five times, once in the head. The gunmen then shot him again on the ground at close range. Miguel Legasa, the victim’s brother, was also hit and had to be taken to a medical centre.

Two years earlier, the victim had reported to the French police that he was the subject of an extortion attempt. The businessman, who was from Irun, had handed over a sum of money to ETA, but had nonetheless reported the extortion, leading to the arrest of ETA member Francisco Javier Aya Zulaica. ETA never forgave Legasa and ordered a unit made up of French nationals to kill him. 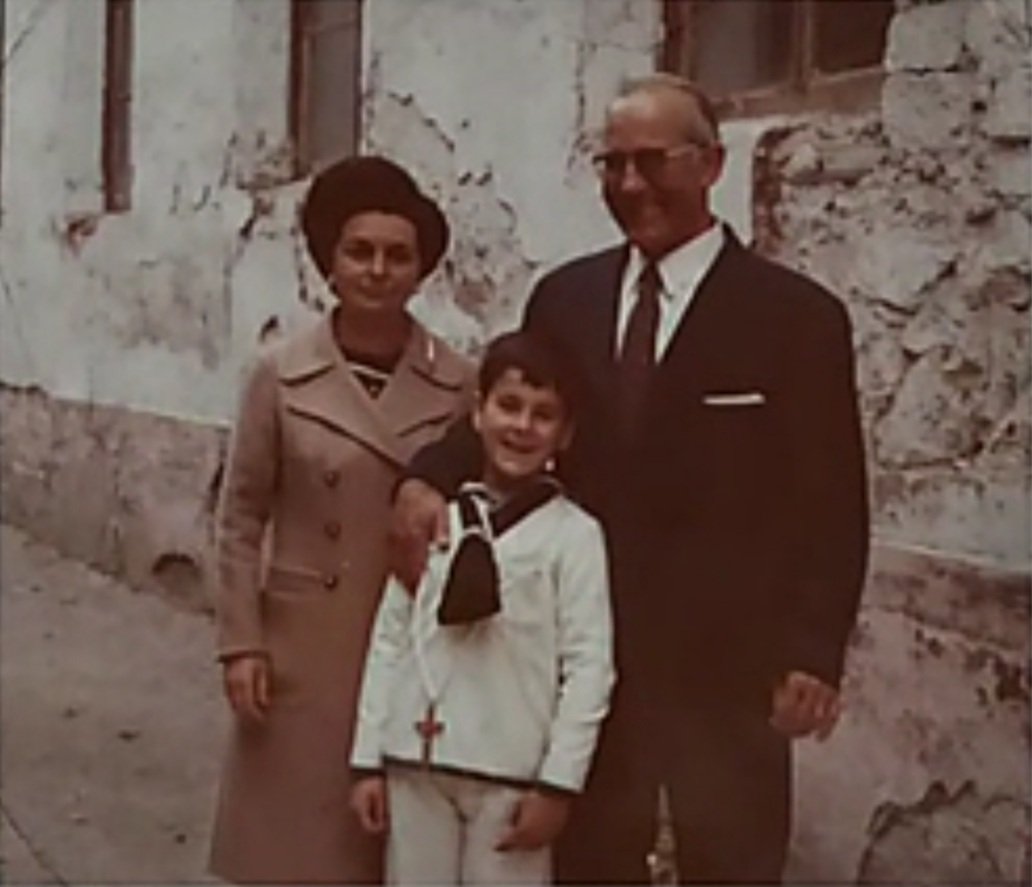 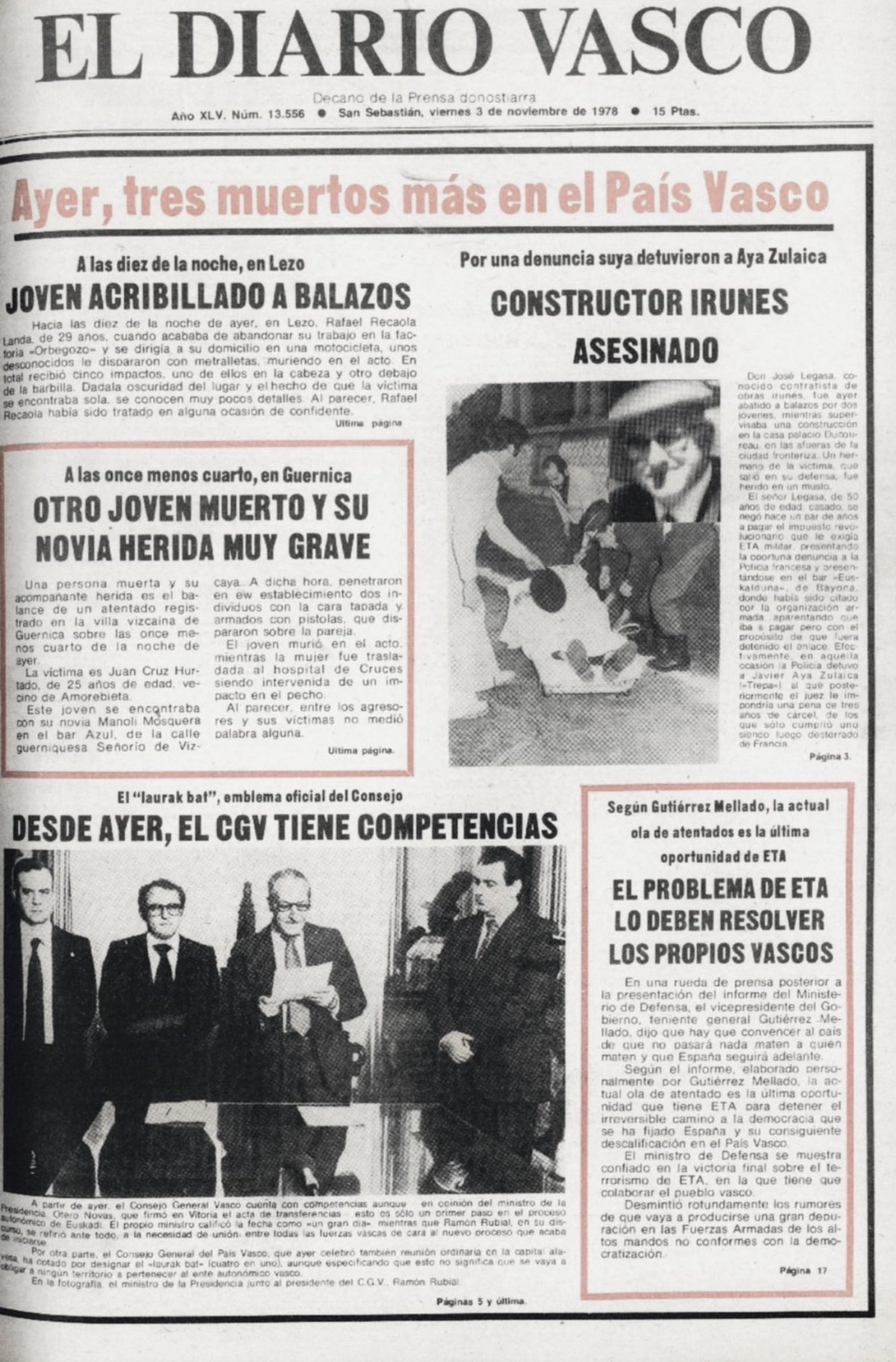 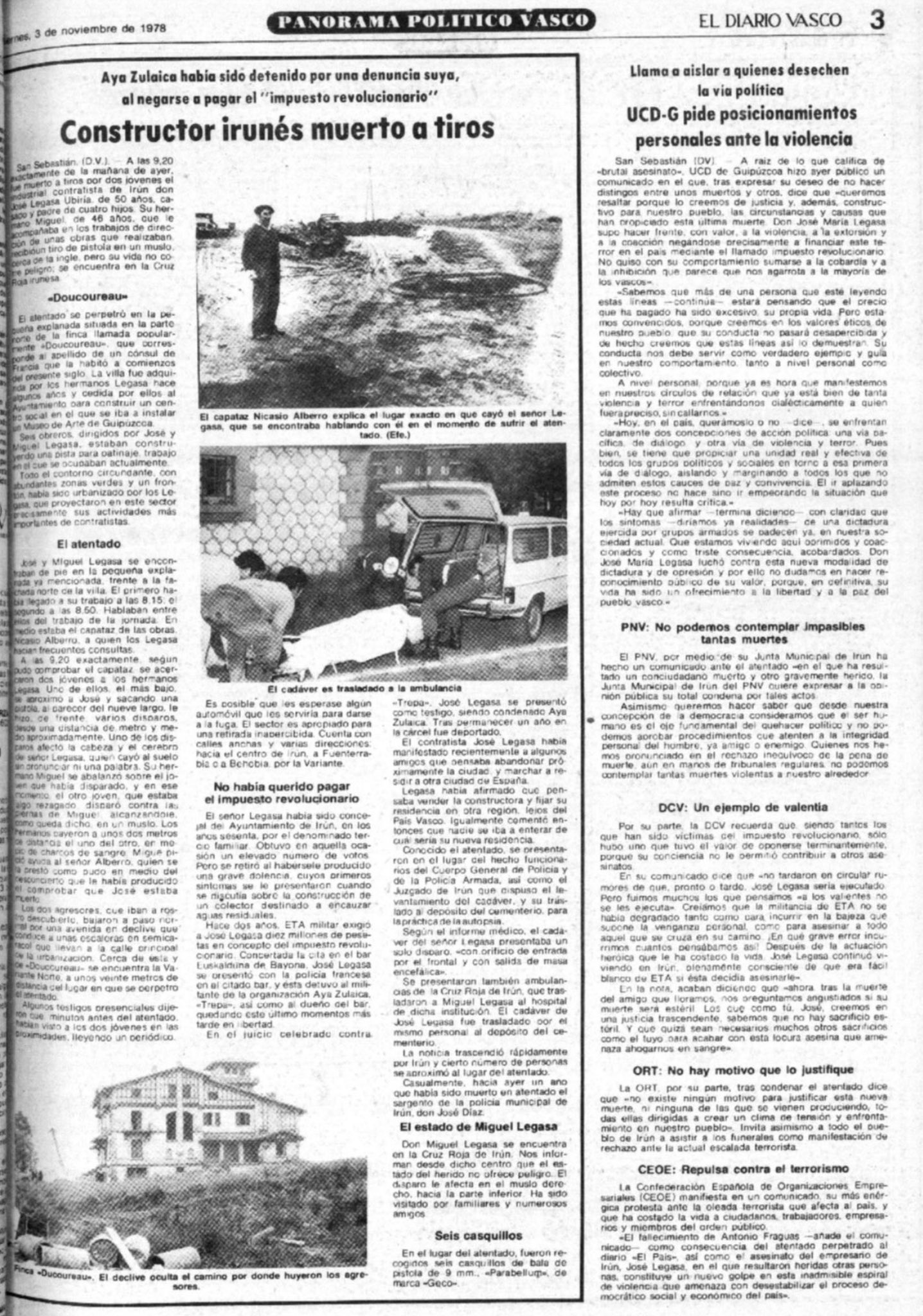 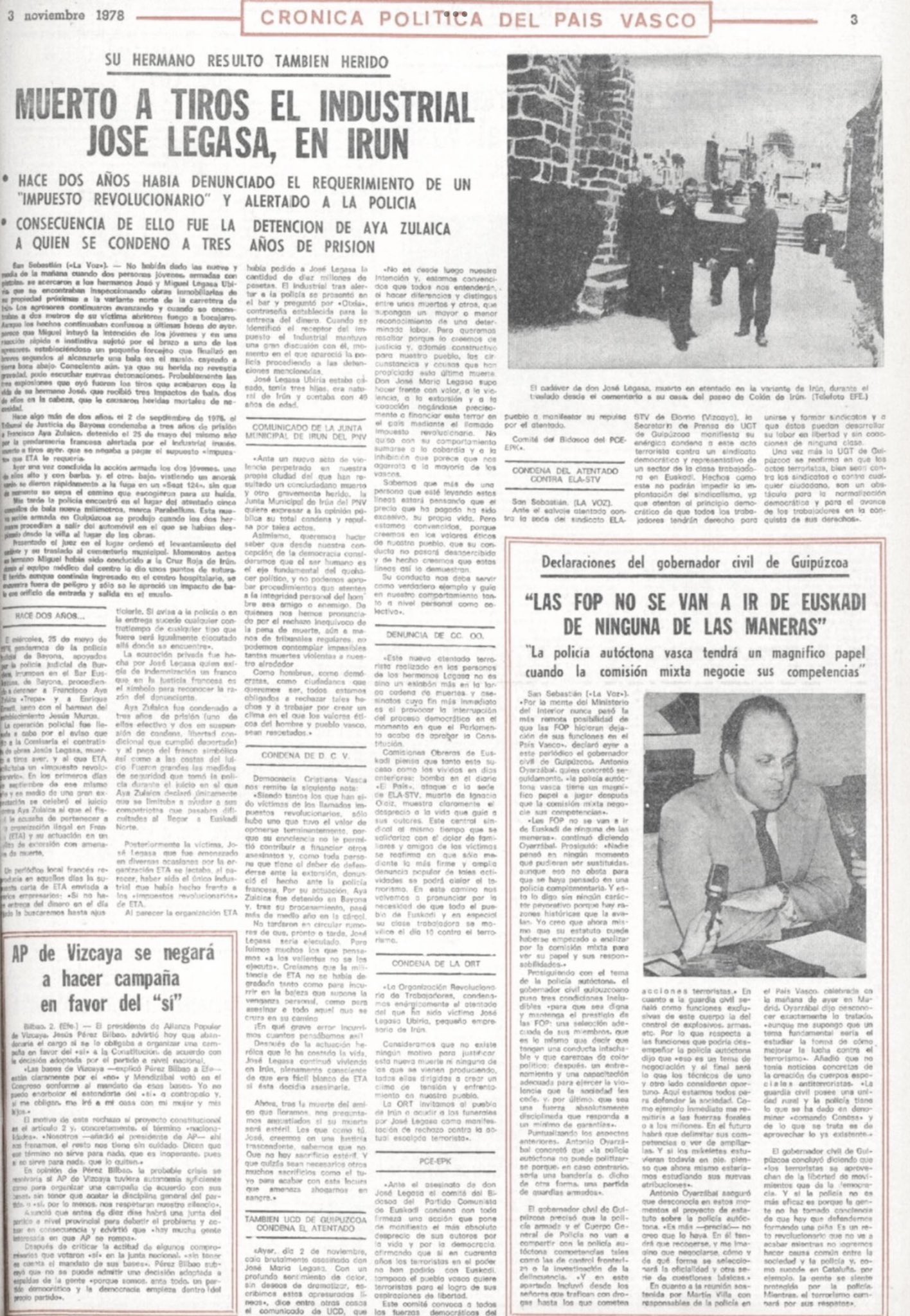 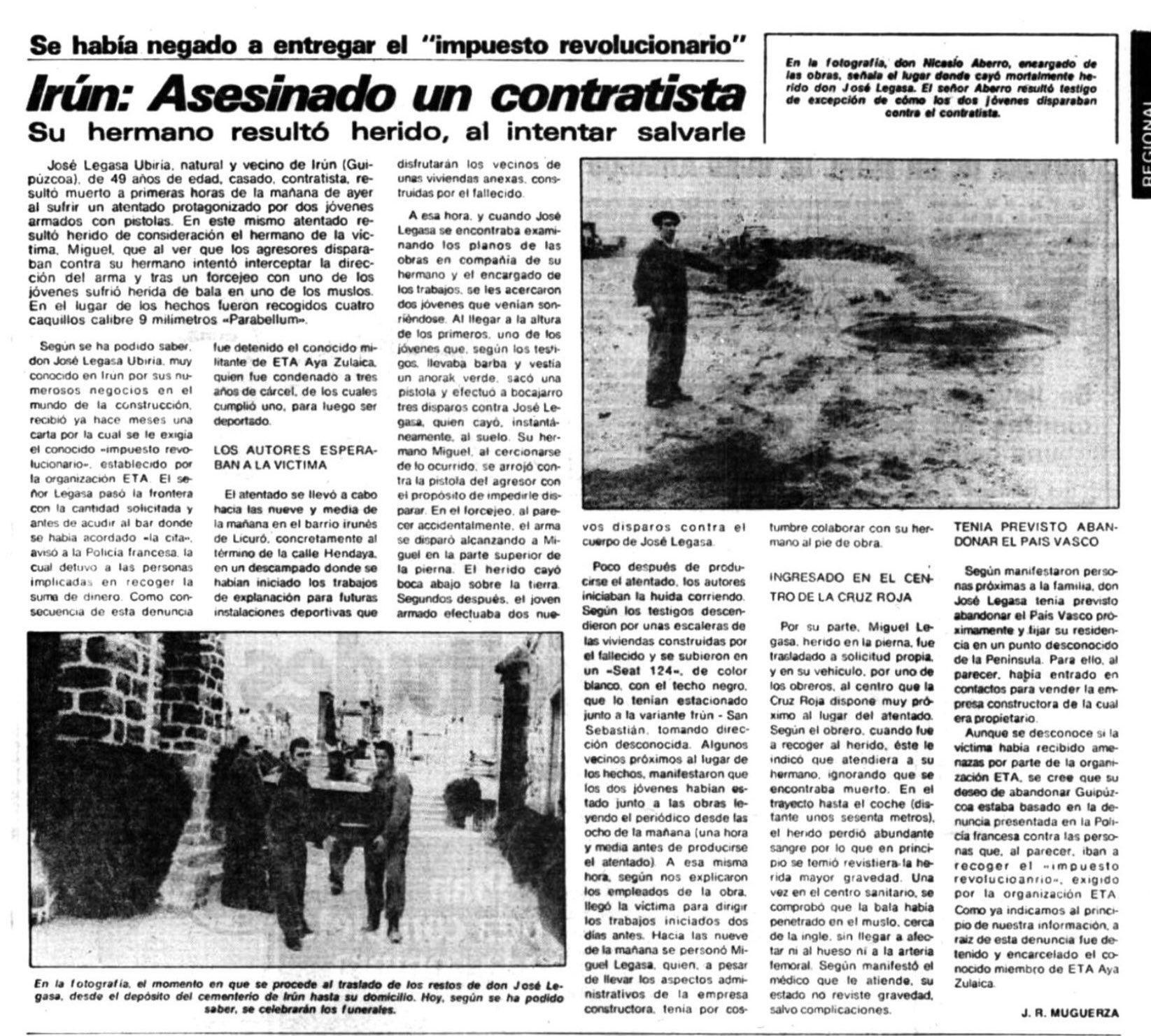 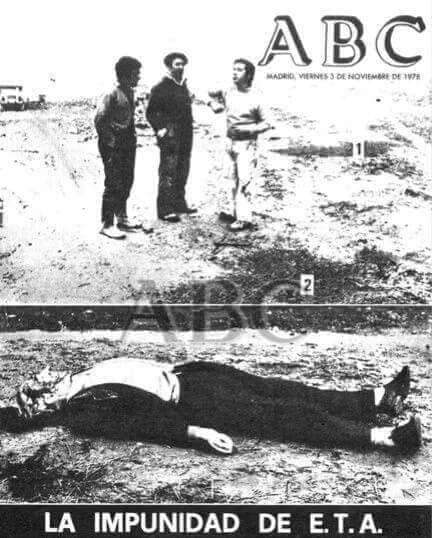