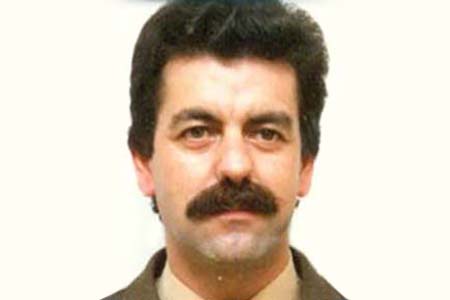 Born in: Castilla y León
Age: 41
Offspring: 2
Marital status: Married
Job: Deputy Inspector of the National Police Corps and member of the Tedax
Date of the attack: 01/07/1991
Place of the attack: Madrid
Weapon: Others explosives
Killed by: ETA

On 27 June 1991, a package was delivered to the Ministry of Justice by the Express Cargo courier service. It was addressed to a former deputy director-general of prison staff. The scanner used by the Ministry’s security services was unable to identify the contents and it was returned to the courier company. The package was held at the firm’s warehouse until July 1, when in an anonymous call, ETA alerted Express Cargo that there was a letter bomb at one of its premises.

Bomb disposal experts from the TEDAX unit of the National Police went to the Express Cargo headquarters in the Villaverde industrial park. They tried unsuccessfully to defuse the device for several hours. At about 10:15 pm the letter bomb exploded, killing two officer, Luis Claraco López and Pedro Domínguez Pérez. A third officer, deputy-inspector José Luis Jiménez Barrero, was seriously injured by the blast and died two days later at the Doce de Octubre Hospital.