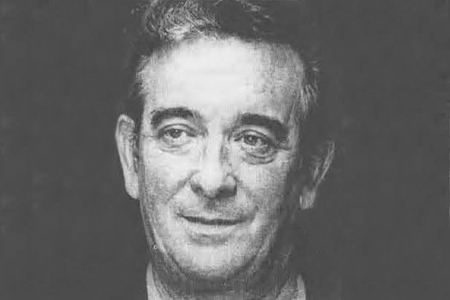 Born in: Cantabria
Age: 64
Offspring: 2
Marital status: Married
Job: Councilor of the PP in Renteria
Date of the attack: 11/12/1997
Place of the attack: Irun
Weapon: Gun
Killed by: ETA

José Luis Caso Cortines had moved to the Basque Country from his native Cantabria as a teenager. Shortly afterwards, he began working at the Luzuriaga Shipyards in Pasajes where he remained until his retirement. He met his wife, Juani Pérez, when he was doing his military service in Irún. They settled down and had five children. They moved to Irún, although in 1997, despite the fact that he had already retired, José Luis continued to serve as a councillor for the People’s Party in Rentería. His links with the party went back to 1982, when he was one of the founders of the Alianza Popular (Popular Alliance) party in the Basque Country. Following the murder of Miguel Ángel Blanco, graffiti began to appear with death threats against him.

On 11 December 1997, his worst fears were realised. As usual, José Luis had stopped off at the Trantxe bar before going home for dinner. He was talking to some acquaintances, when a member of ETA walked up to him and without saying a word, shot him in the head. He then threatened the other customers, saying “If you try to follow me, I’ll do the same to you”, and walked calmly out of the bar. José Luis’s widow reported years later that after the crime, she continued to receive threats over the phone. They said things like “He’s where he deserves now” and they continued calling “to scare her”. The four perpetrators of the crime have since died: three were killed when the car bomb in which they were travelling exploded and the fourth committed suicide.

A few days before Caso’s murder, during the plenary session of the parliament of Guipúzcoa, Xabier Alegría, of Herri Batasuna, had left some sheets of paper for the PP members bearing the phrase “He who makes the mistake must pay for it”.

In November, prior to the murder of José Luis Caso, ETA had planted a bomb designed to kill councillor Carmen Nagel. However, she he altered her usual route and was unharmed. A few days later, José María Lobato, bodyguard of PP councillor Elena Azpiroz, was seriously wounded when he successfully foiled an attack on her. On the day after the attack against Caso, Concepción Gironza, the other PP councillor in Rentería, asked the spokesman for Herri Batasuna whether she was to be next. The councillor who took Caso’s place was Manuel Francisco Zamarreño, who was assassinated by ETA in May 1998.