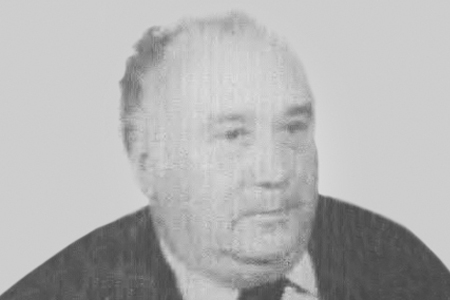 José Tomás Larrañaga Arenas was a member of the town council in his home town during the closing years of the Franco dictatorship. ETA had already made two attempts on his life. At the urging of his family, he moved to La Rioja, where he ran a construction business.

On 31 December, he arrived in Azcoitia at around six o’clock in the evening. After spending an hour at the home of some relatives, he went out to have a few glasses of wine with a group of friends. At 9.20 pm, when José was in the area of the Alameda bar, several unmasked ETA members opened fire on him. He was hit four times in the face and fell to the ground, fatally injured, where he was shot again in the head.