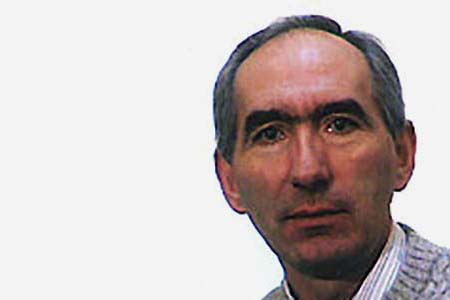 José Javier Múgica had not been involved in politics until his brother, who was suffering from cancer, asked him to take his place as the only non-nationalist candidate to stand for election to the town council of Leitza. José Javier agreed. He joined the lists of UPN and was eventually elected as a councillor. There followed a series of threats directed at him and his children. The door of his photography shop was daubed with graffiti and his van was burned out. On 14 July, 2001, when José Javier started the engine of his van to drive to his shop, a ‘limpet-bomb’ exploded. His wife and two of his children witnessed his death among the flames from the window of their home. 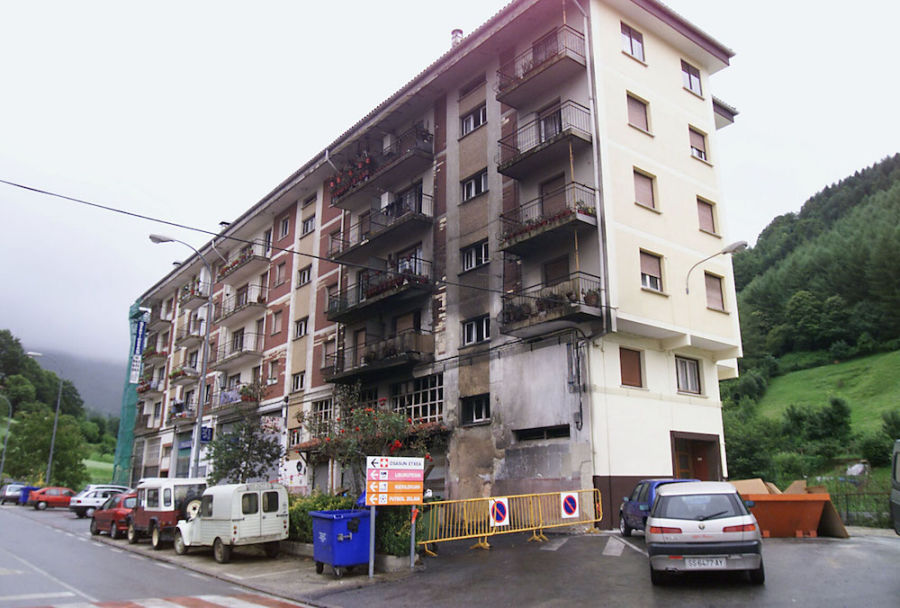 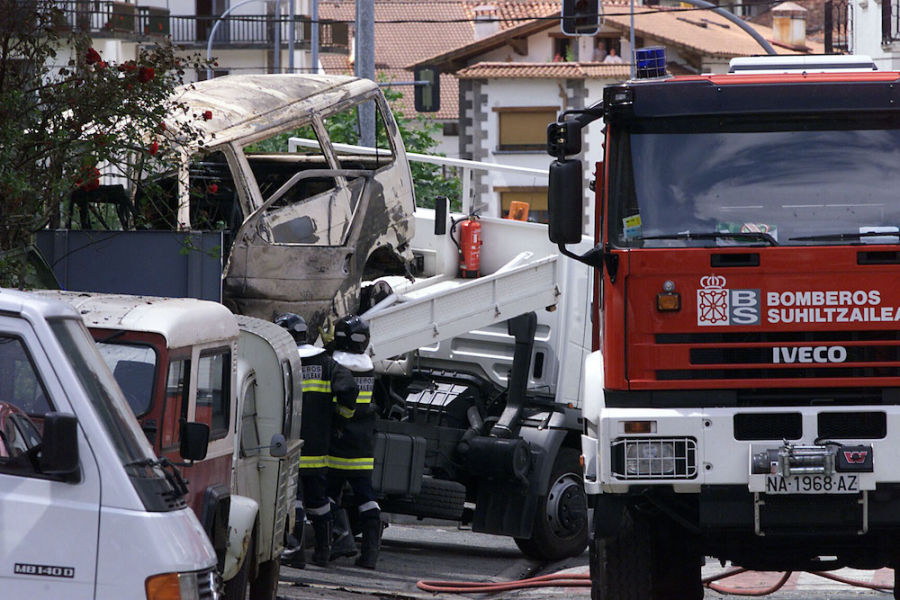 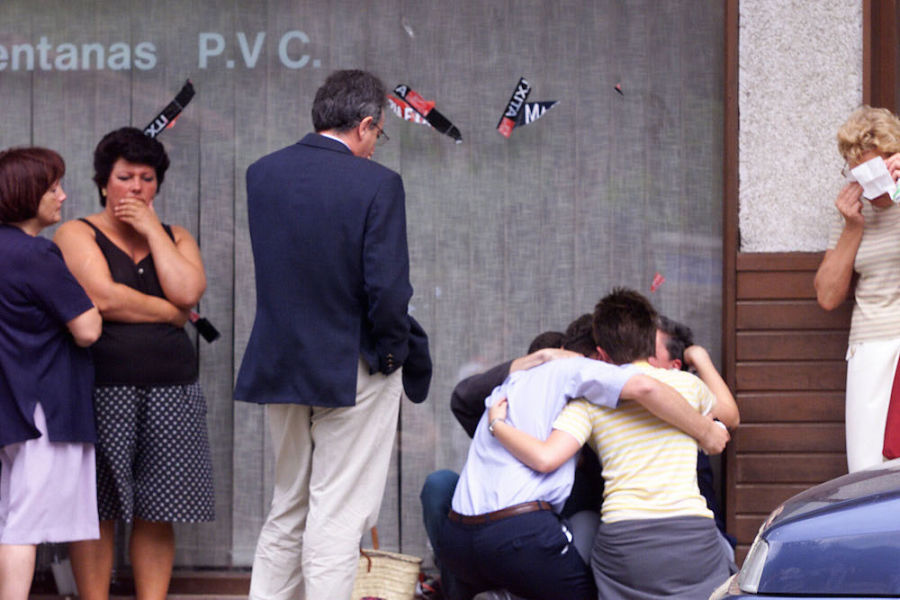 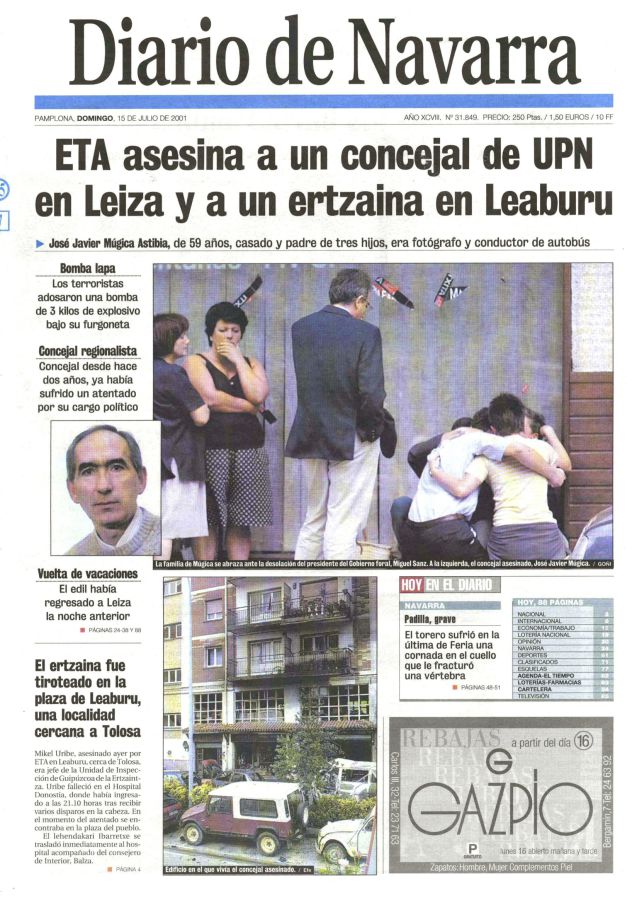