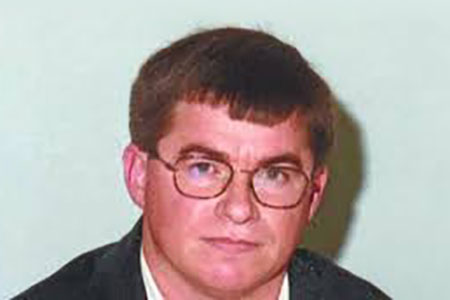 Born in: Euskadi
Offspring: 0
Marital status: Married
Job: Councilor of the PP in Zarauz
Date of the attack: 09/01/1998
Place of the attack: Zarautz
Weapon: Bomb attached to the underside of the car
Killed by: ETA

José Ignacio Iruretagoyena Larrañaga was driving past two schools when a bomb planted under his car by the terrorists exploded. The terrorists who killed José Ignacio had entered his private garage the night before, forcing open the passenger door of his car and planting a ‘limpet-bomb’ with a timing device under the driver’s seat.

The victim held one of the PP’s two seats on the town council of Zarauz. He and his father were timber merchants. Both were Basque speakers. The victim had refused to have a police escort despite threats and attacks against members of PP in public office. Iruretagoyena had been close to Gregorio Ordóñez, killed by ETA in 1995, and his admiration for Ordóñez led him to become actively involved in politics.

In 2001, ETA planted a bomb next to José Ignacio’s grave, timed to go off during an act of tribute. Only a failure in the remote control prevented a massacre.