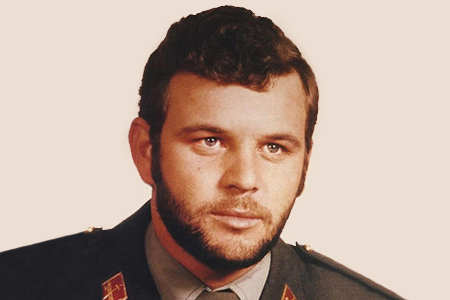 José Gómez Martiñán and another five civil guards (Antonio Marín, Alfredo Díez Marcos, José Gómez Trillo, José Antonio Martínez Pérez-Castillo and Victorino Villamor) were on duty in a convoy of two Land Rovers escorting a vehicle belonging to the arms factory Esperanza y Cía. They left the factory in Marquina at around 7.30 am on Friday 1 February.