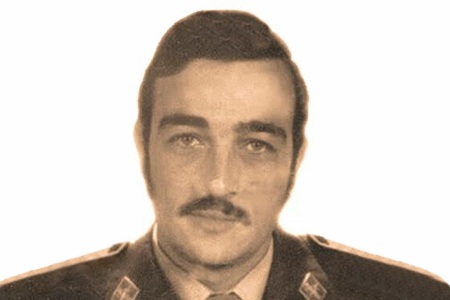 Born in: Marruecos
Offspring: 0
Marital status: Married
Job: Agent of the Civil Guard, Fiscal Service of the Port of Pasajes
Date of the attack: 16/02/1982
Place of the attack: Oiartzun
Weapon: Gun
Killed by: ETA

José Fragoso Martín was on his way back to his home in the Larzabal district. When he halted his car, several individuals approached him and shot him through the window, hitting him in the back of the head. He was killed instantly.

The assassination appears to have been committed by ETA’s Donosti unit, the same group that had killed another Civil Guard, Benjamín Fernández Fernández, three hours earlier.