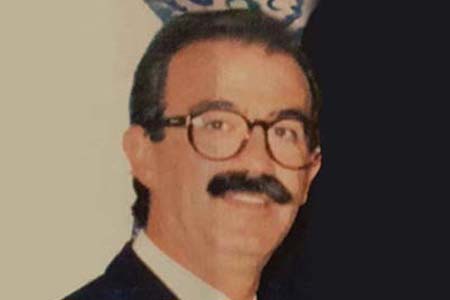 In 1986, work began on the “Leizarán Motorway”, which was to link Navarre and Guipúzcoa. ETA and the left-wing Basque nationalist forces had opposed the plan from the outset, and the terrorist organisation ordered its units to wage “all-out war” on any companies involved in the work.

One of the companies to submit a tender was the construction firm Ferrovial. Its chief director in Valencia was José Edmundo Casañ, a 42-year-old engineer who had been involved in other major projects in his home city, including construction of the Concert Hall and the City Hall. At around 9.00 pm on 4 March 1991, two armed terrorists entered the company’s offices, threatened the employees and forced one of them to take them to Casañ’s office. There, one of them shot the engineer in the head, killing him instantly. Fifteen minutes later, the ETA members, who formed part of the Ekaitz unit, planted a car bomb. The device was blown up in a controlled explosion by bomb disposal experts from the National Police.

Although a spokesperson for Ferrovial stated that the company had no links with the project, ETA said in a statement that the crime was in response to the company’s “responsibility and serious involvement” in the work on the motorway. Prior to the issuing of the statement by ETA, there had been speculation in the press that Casañ’s death had been the result of a settling of criminal scores. This erroneous information caused considerable distress to the victim’s family. 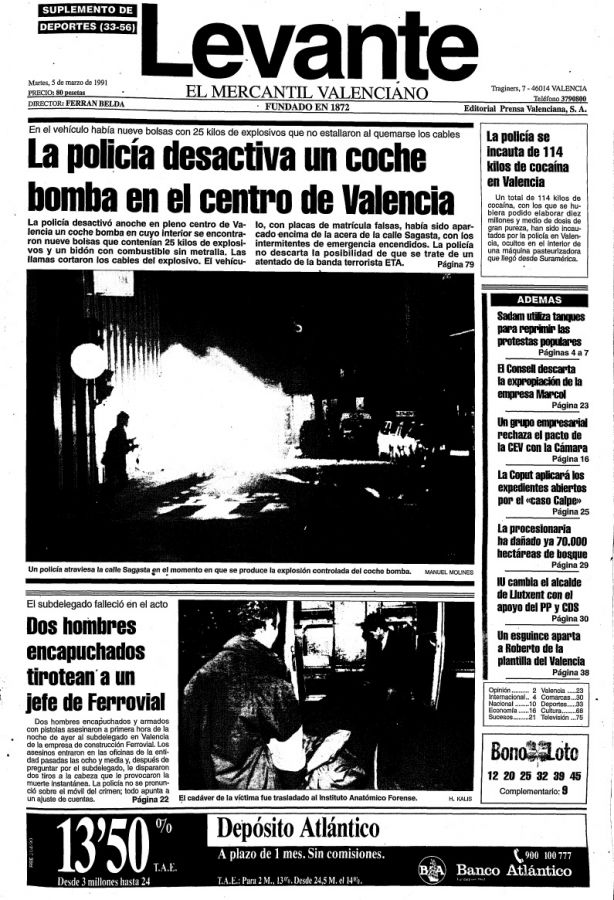 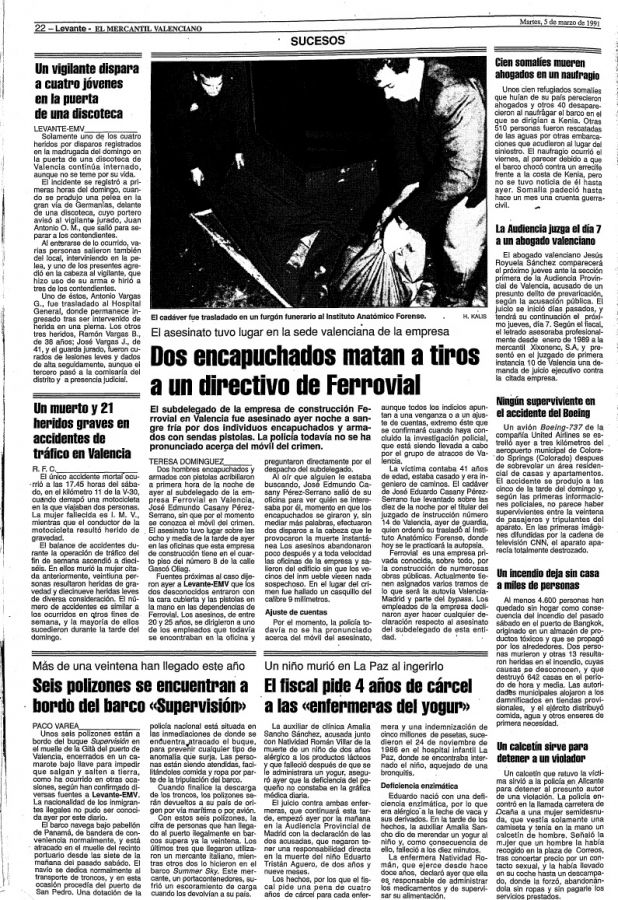 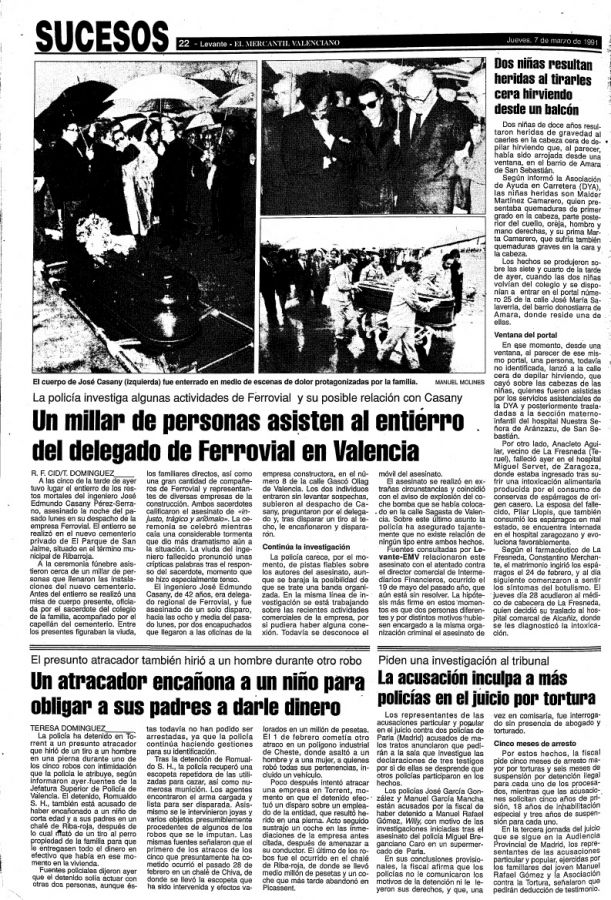 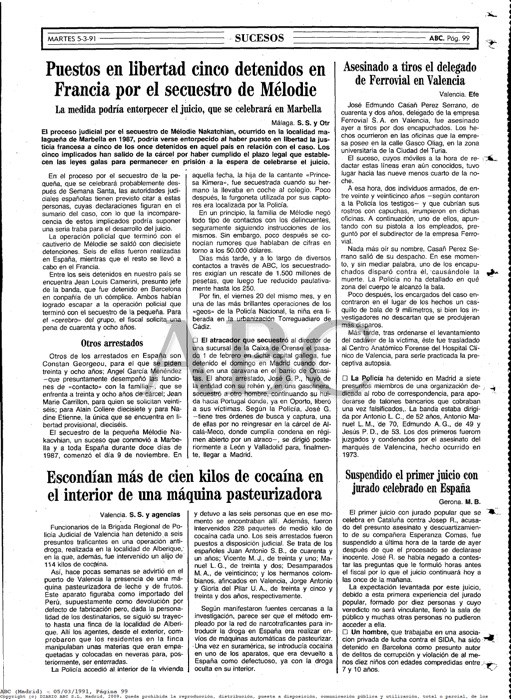 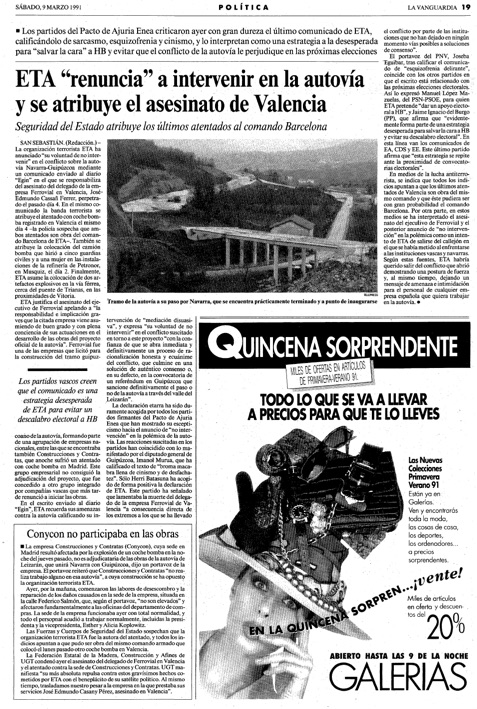