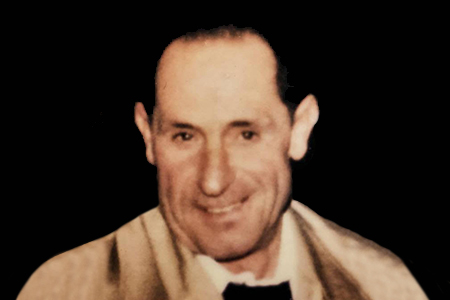 On the evening of Sunday 23 November 1980, the lounge of the Hotel Hendayais, in Hendaye (France), was packed. Shortly after 7.00 pm, a Renault 18 with three terrorists from the Basque-Spanish Battalion (Batallón Vasco-Español) pulled up outside the door. One of the individuals got out of the vehicle and walked up to the premises carrying a machine-gun, which he used to break the front window before firing a burst of shots at the customers inside. José Camio and Jean Pierre Haramendi were shot dead and another ten people of French and Spanish nationality were injured. The establishment was frequented by left-wing Basque nationalist sympathisers and ETA members.

José Camio, of Spanish origin but a naturalised French citizen, was playing cards at a table with Jean Pierre Haramendi and other friends. He was a worker and had been in the French Foreign Legion. 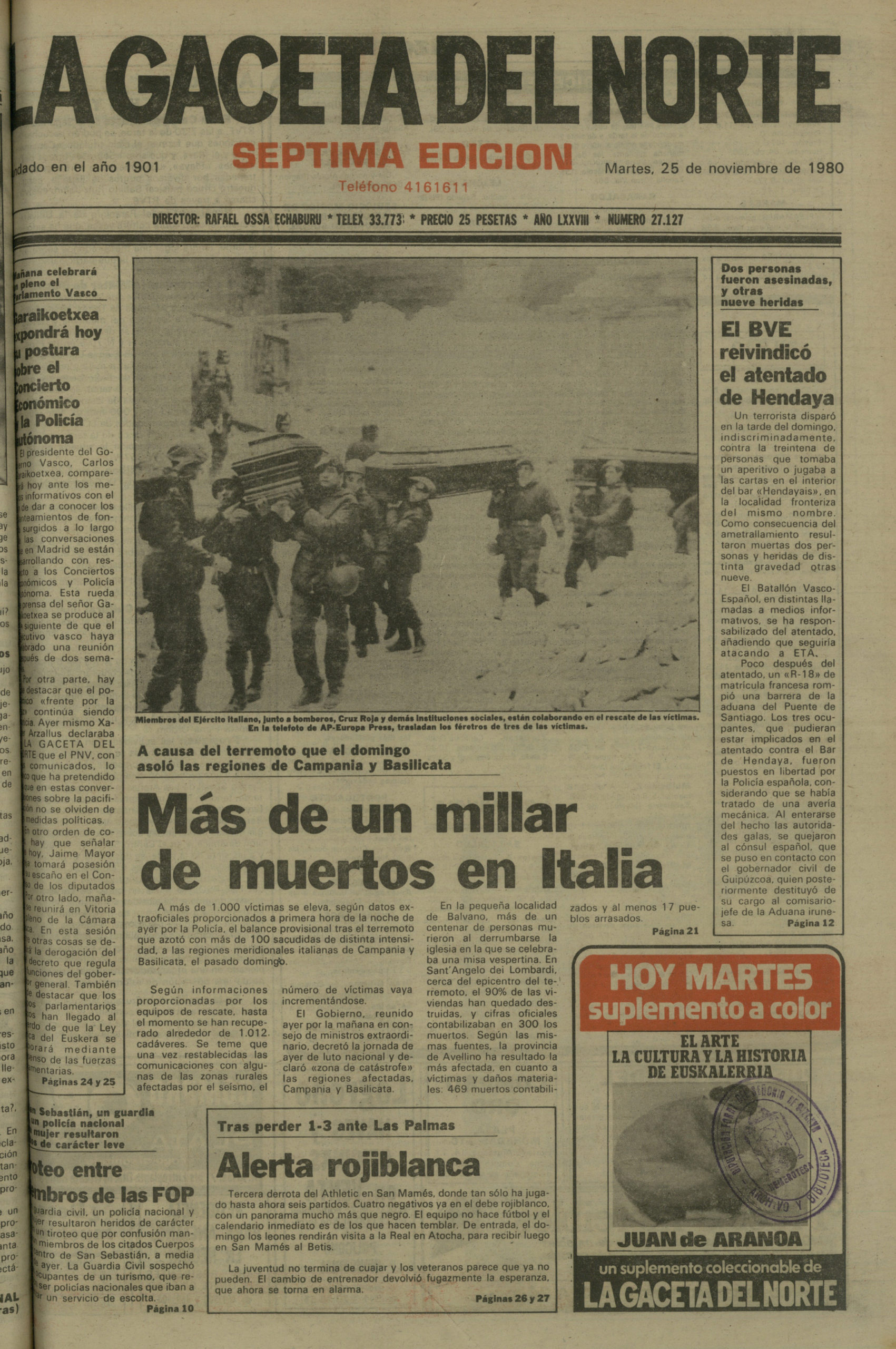 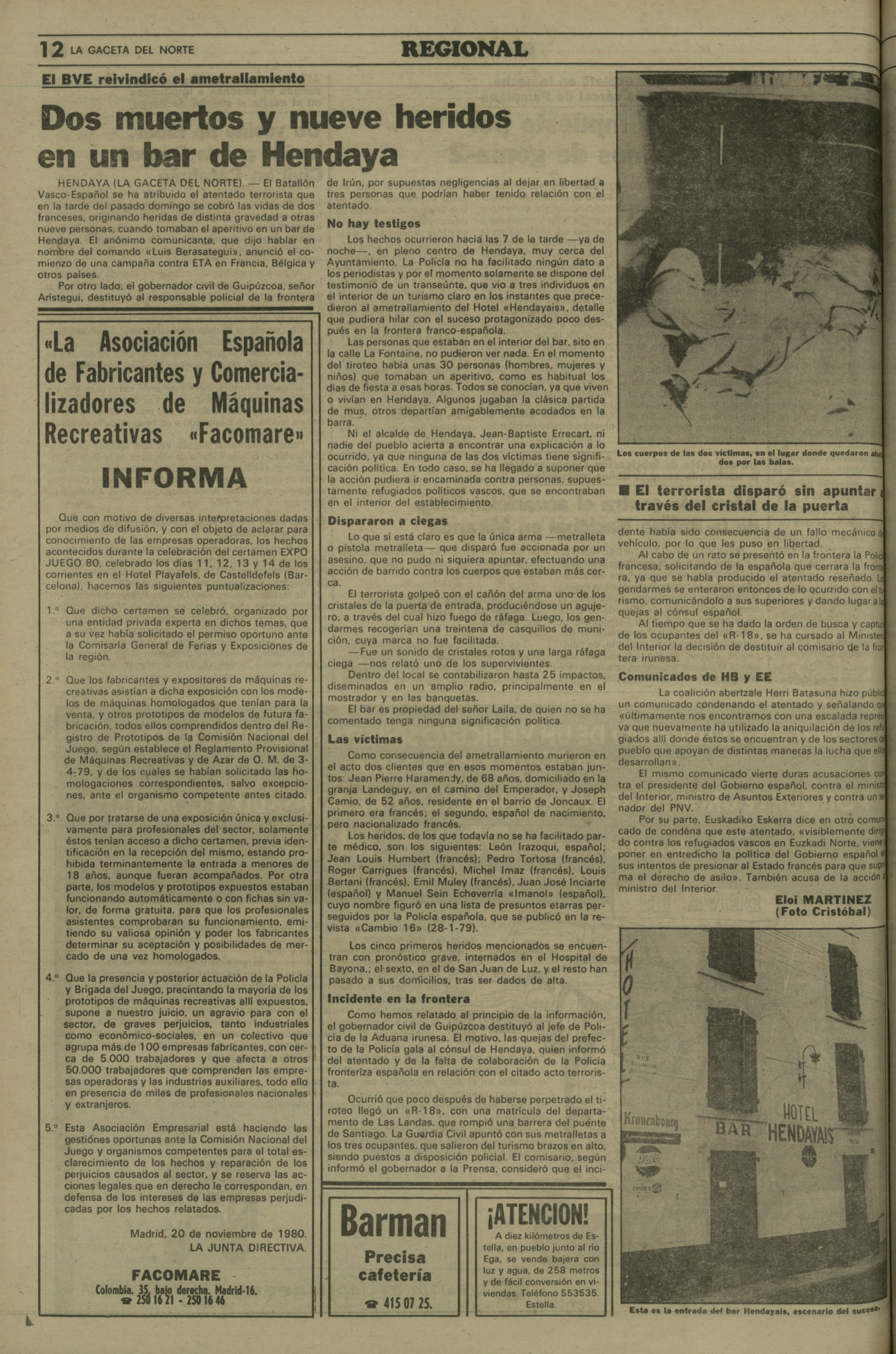