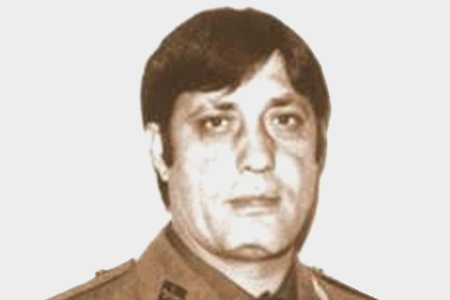 Born in: Castilla y León
Age: 51
Offspring: 3
Marital status: Married
Job: Sergeant of the Civil Guard in the Office of the Fiscal Service of the port of Santurce
Date of the attack: 12/04/1988
Place of the attack: Getxo
Weapon: Gun
Killed by: ETA

José Calvo de la Hoz was on his way to the office of the Fiscal Service of the Port of Santurce, where he was stationed. He was sitting in his car, waiting to cross the Bilbao estuary on the transporter bridge connecting the Las Arenas district of Guecho with Portugalete.

Two ETA members, a man and a woman, walked up to the vehicle and opened fire. The sergeant was hit four times. He died shortly after being admitted to hospital.

This was the first ETA assassination following the end of a truce which had begun on 8 January 1989 to facilitate talks between ETA and the Spanish government in Algiers.