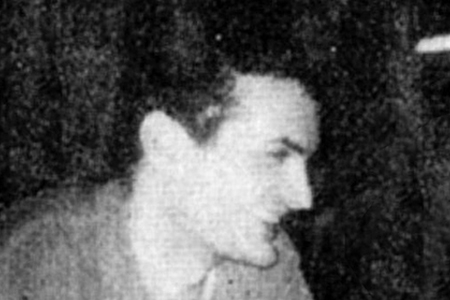 Between 1988 and 1991, a number of attacks were perpetrated against individuals with links to ETA and Herri Batasuna. No specific terrorist group claimed responsibility. At the time, the GAL (Grupos Anti Terroristas de Liberación) had supposedly ceased operating. The last attack known to have been committed by the group and for which it claimed responsibility was the killing of Juan Carlos García Goena in 1987. The attacks that took place between 1988 and 1991 mostly involved attacks on Herri Batasuna HB headquarters and the houses of its activists; the burning or bombing of cars belonging to separatist councillors or sympathizers; death threats; letter bombs; assaults —many involving carving the initials “GAL” on their bodies with a knife— kidnappings, “express” interrogations, etc.

On Wednesday, September 20, 1989, in one of these anonymous attacks, a parcel-bomb was sent to Ildefonso Salazar Uriarte, an Herri Batasuna activist in Rentería. It killed the 22-year-old postman José Antonio Cardosa. A number of different theories were put forward as regards the motives for the crime. No group ever claimed responsibility for the attack. ETA accused the state authorities of being behind the bombing.

In 1996, José Antonio’s family received new information on his death, when the former director of the Civil Guard, Luis Roldán gave a statement to judge Baltasar Garzón as part of the trials related to activities by the illegal counter-terrorist group GAL. Roldán claimed that during José Barrionuevo’s time as Minister for the Interior, and subsequently under José Luís Corcuera, “dirty war” tactics had been employed. He accused the Ministry of the Interior of having instigated the sending of letter bombs to ETA members and other individuals with links to the group. It has never been established who actually committed the murder and the case was dismissed in October 2000.