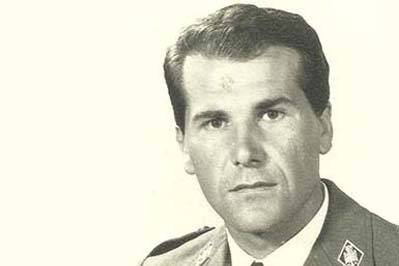 On the morning of 2 January 1984, national police officers José Ángel Requena Duarte and Marcelino Clemente Vaquero were on duty in a patrol car in the Carabanchel district. They were stopped at a traffic light at the junction of Camino Viejo de Leganés and Avenida de Oporto, when a GRAPO gunman approached the left-hand side of the car and sprayed it with machine-gun fire. José Ángel Requena was struck four times in the chest and died instantly. Marcelino Clemente was struck by a single bullet which entered his left shoulder and exited through his right side. He underwent surgery at the Gómez Ulla Military Hospital, but died from his wounds.

José Ángel’s father, Francisco Requena, was also a National Police officer. He later said that when the call came through at the barracks, he had a premonition that something bad had happened to his son. José Ángel Requena was 24 years old and married with a six-month old son. He was planning to go on holidays a few days later to his home town of Casanueva, in the municipal area of Pinos Puente, Granada.