On the morning of 30 January 1987, a coach belonging to Zaragoza General Military Academy set out on its route to pick up different army officers. Shortly after 8.05 am, the vehicle, with twenty occupants on board, pulled onto the roundabout at Plaza César Augusto. At that moment, an ETA unit remotely detonated a device containing 50 kilos of Goma-2 and shrapnel hidden in a van parked in front of the church of San Juan de los Panetes.

The driver of the minibus, José Ángel Ramos Saavedra, was killed instantly and Army Major Manuel Rivera Sánchez died two hours later in hospital. The effects of the blast were felt within a radius of 800 metres and a further 35 people were injured, including both civilians and soldiers. ETA member Henri Parot was convicted and sentenced to imprisonment as the perpetrator of the attack, and Francisco Múgica Garmendia and José María Arregui Erostarbe were both convicted of aiding and abetting. It was the first fatal attack to be carried out by ETA in Aragon.

José Ángel Ramos Saavedra, born in La Coruña, was living with his family in Barcelona. He had begun work driving the coach just eight days earlier. 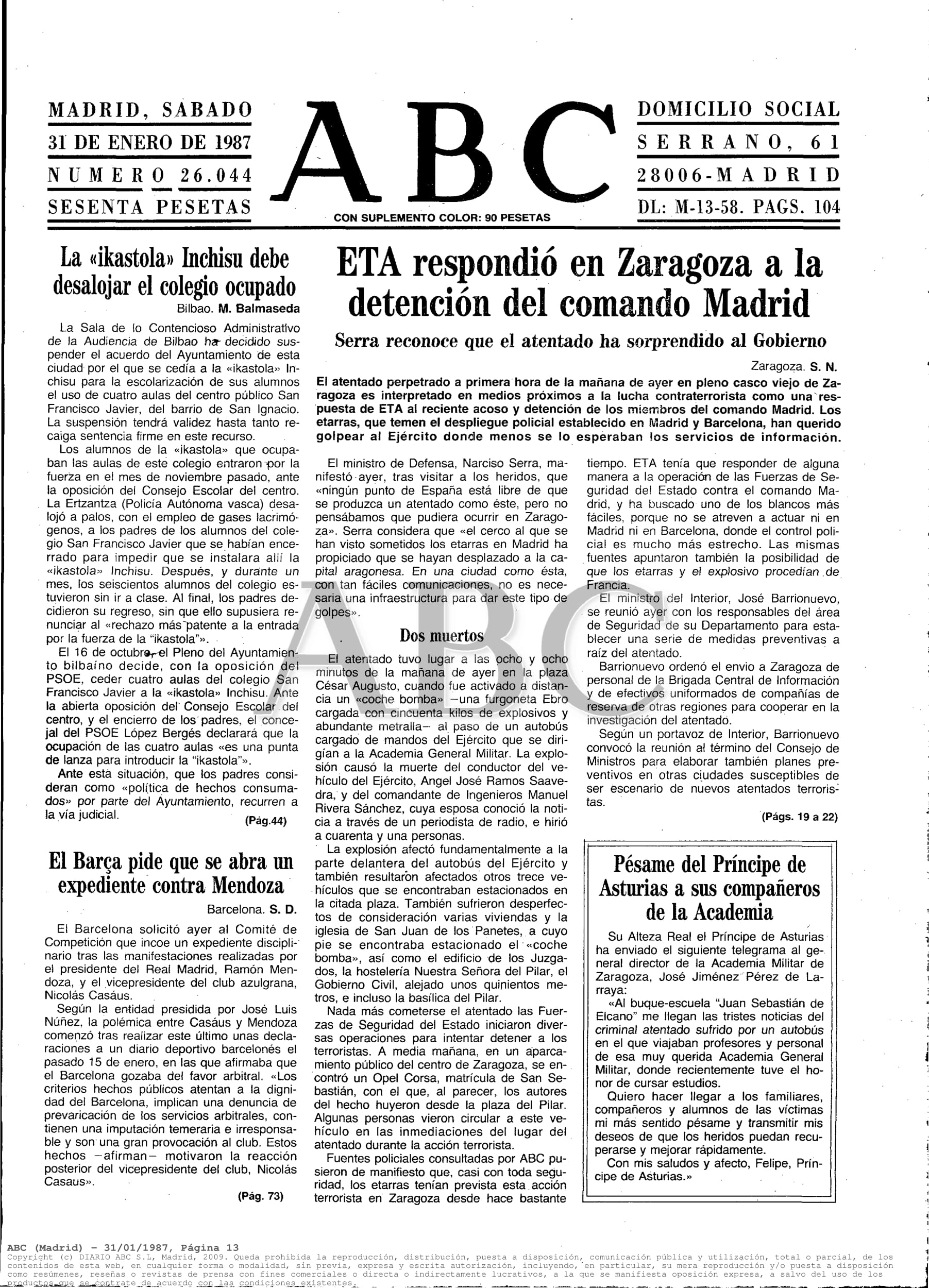 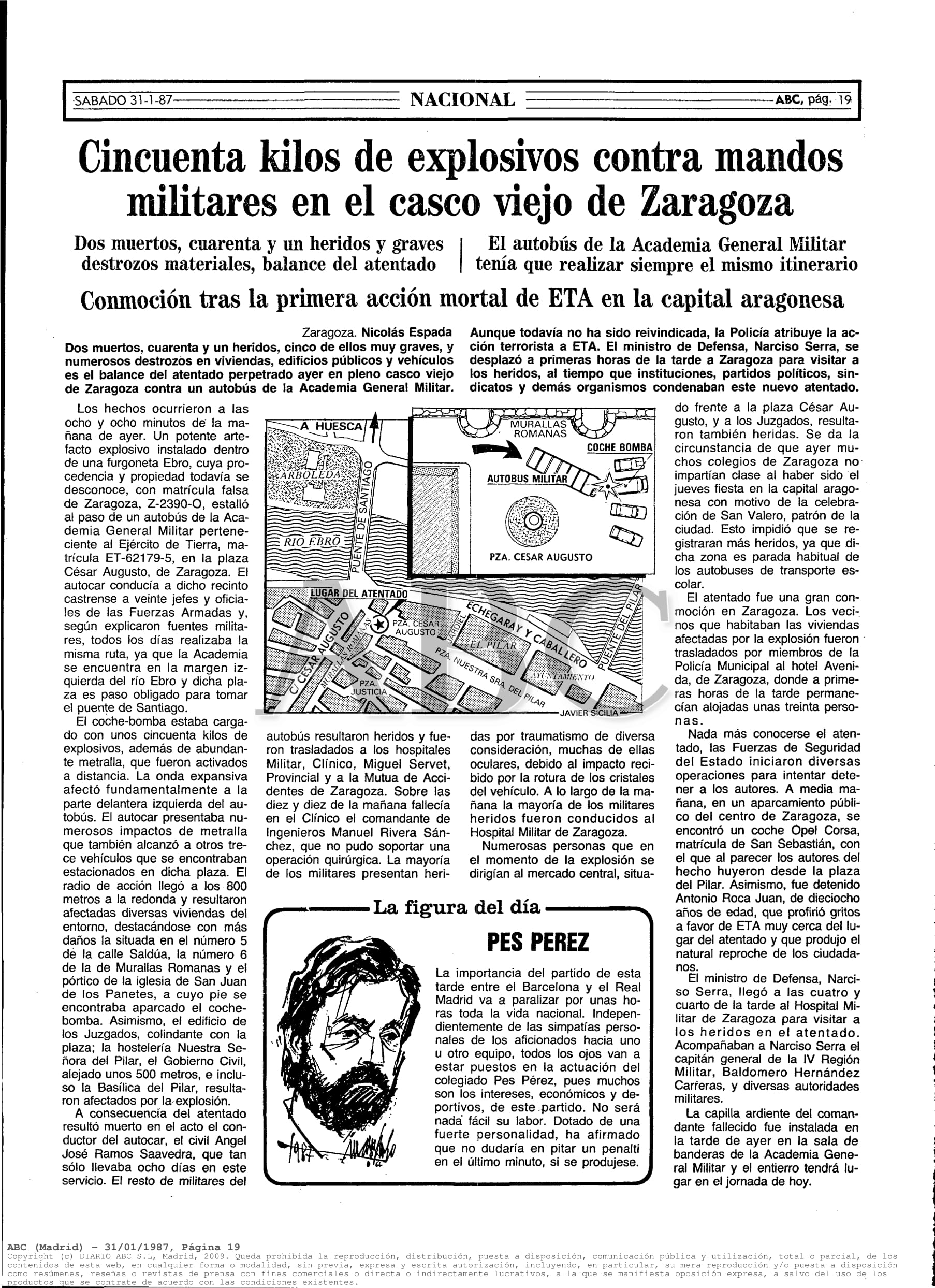 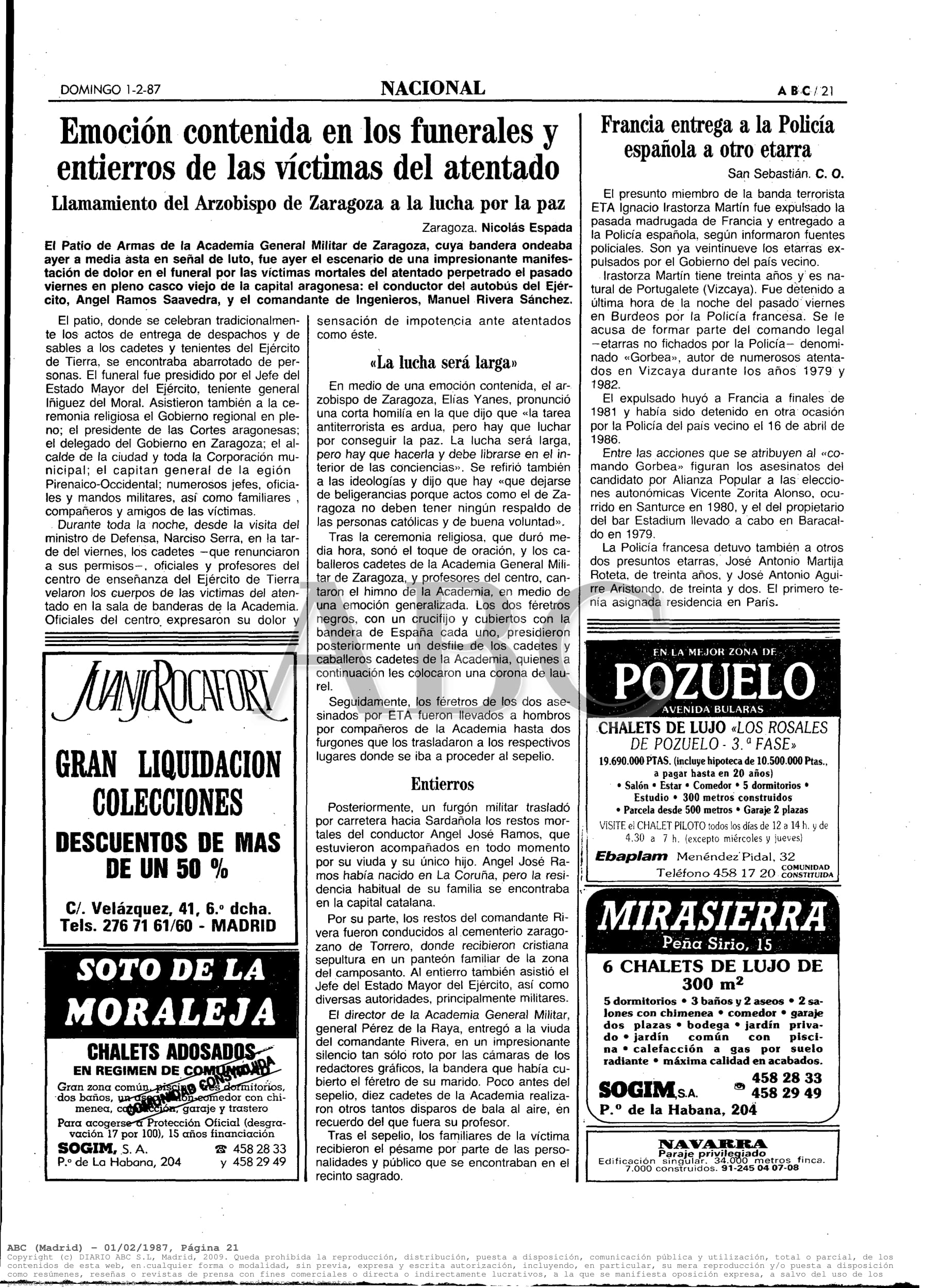