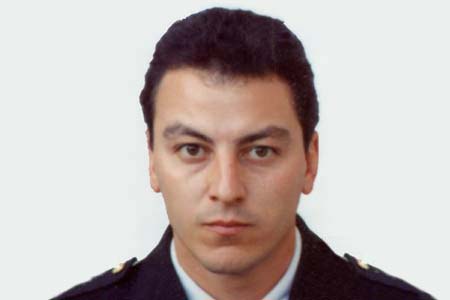 On 13 December 1991, National Police officer José Ángel Garrido Martínez and his colleague Francisco Javier Delgado González-Navarro were visiting a radio installation workshop on Calle Caballero in Barcelona on police business. While they were chatting to the owner of the workshop, two ETA terrorists, José Luis Urrusolo Sistiaga and Juan Jesús Narváez Goñi, walked up to them and shot them from point-blank range, killing them.

José Ángel Garrido Martinez had been married seventeen days before his murder. For some months he had been on training duty for the National Police Force after passing his final exams at the Ávila Police School. He had been sent to Barcelona shortly before his murder to reinforce the special security arrangements for the Olympic Games to be held there in the summer of 1992.

The owner of the workshop told El País the officers had been talking to him and his colleague for about five minutes. He went to a desk at the back of the premises to get a pack of cigarettes out of his jacket. In the mirror, he noticed two individuals entering at a rapid pace; they took out two guns and began firing from point-blank range. 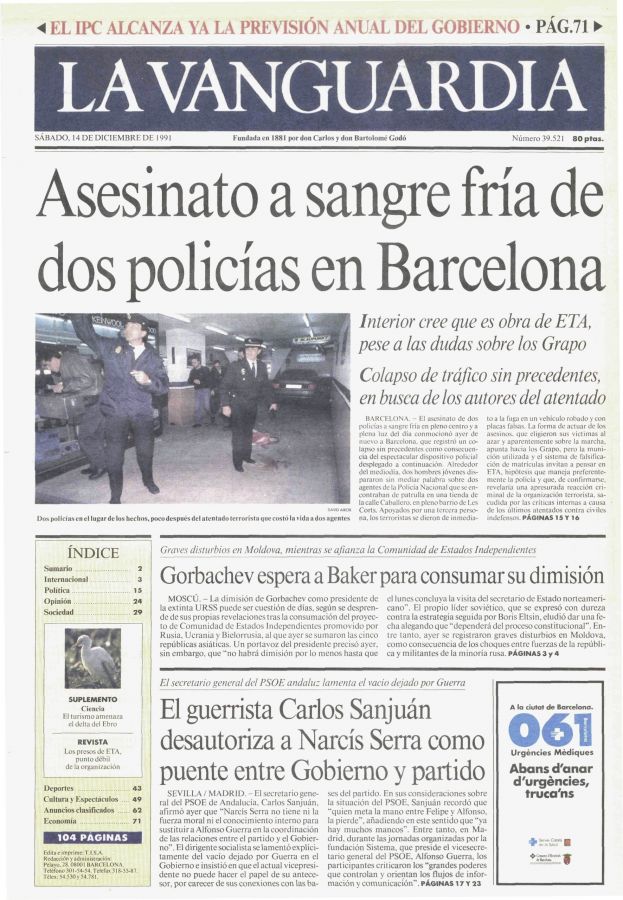 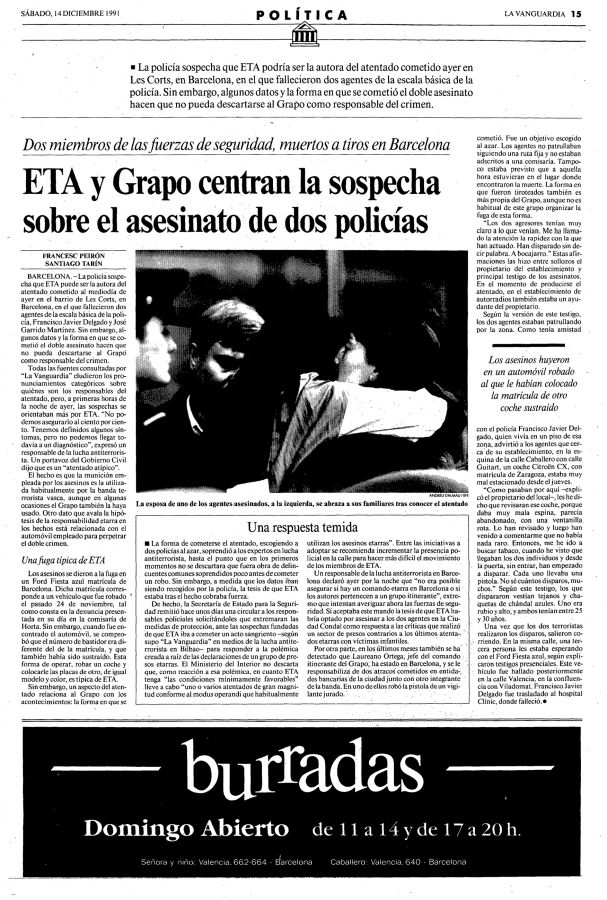 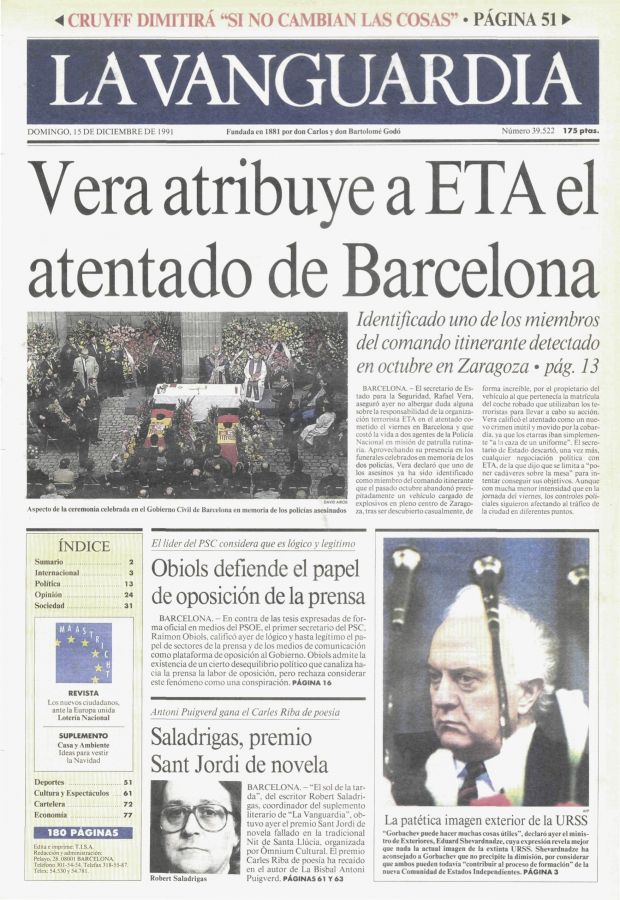 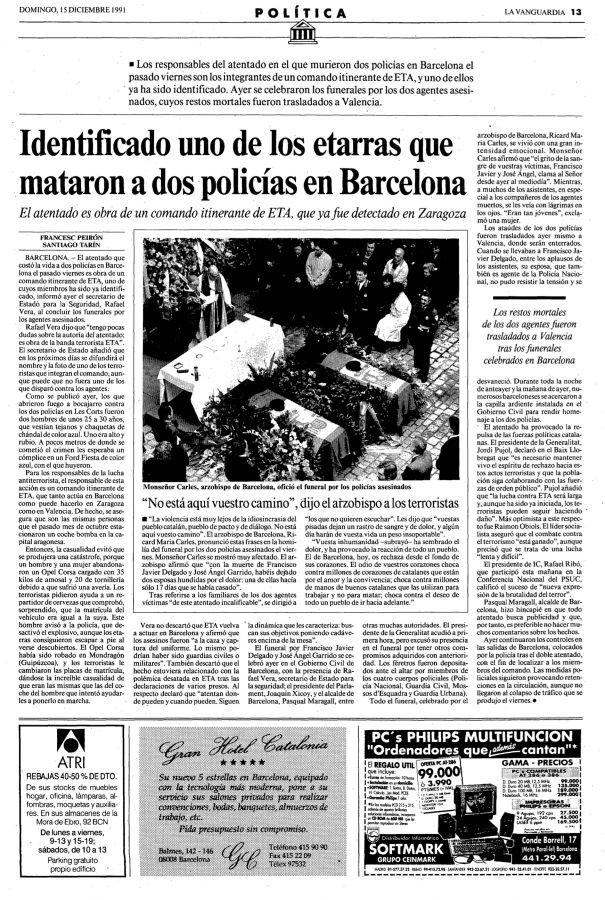 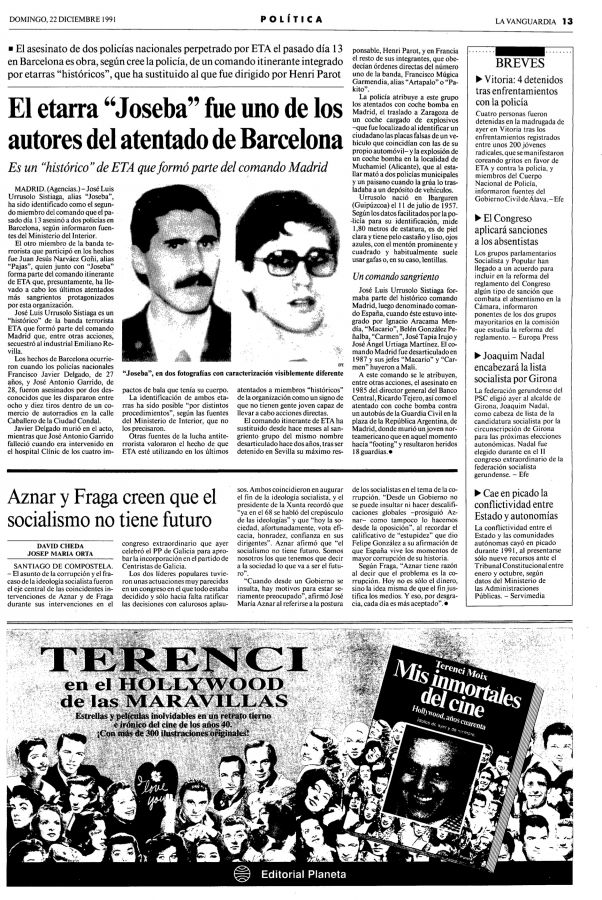