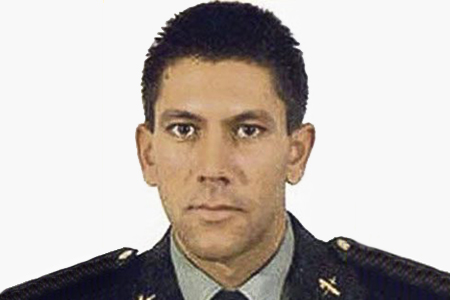 On the morning of 20 August 2000, Civil Guard officers José Ángel de Jesús Encinas and Irene Fernández Pereda received a call at the barracks in Sallent de Gállego (Huesca) to go on duty at the fiestas in a nearby village. The time was shortly after 6.00 am and the two officers made their way quickly to their car.

Irene Fernández got into the vehicle and started the engine, detonating a 10-kilogram explosive charge attached to the underside of the Nissan Patrol. She caught the full impact of the blast and was killed immediately, and Officer De Jesús, who was walking around the automobile to the passenger side, was fatally injured. ETA claimed responsibility for the attack. Terrorists José Ignacio Guridi Lasa, Aitor Aguirrebarrena Beldarrain and Asier Arzalluz Goñi were convicted of being the perpetrators of the crime and Javier García Gaztelu, alias Txapote, of being an accessory.

José Ángel de Jesús Encinas (22) was the son of a Civil Guard officer and was a keen sportsman. He had been serving in the town of Sallent de Gállego, his second posting, for three months. On the day he was killed, he had just returned to work after his summer holidays. 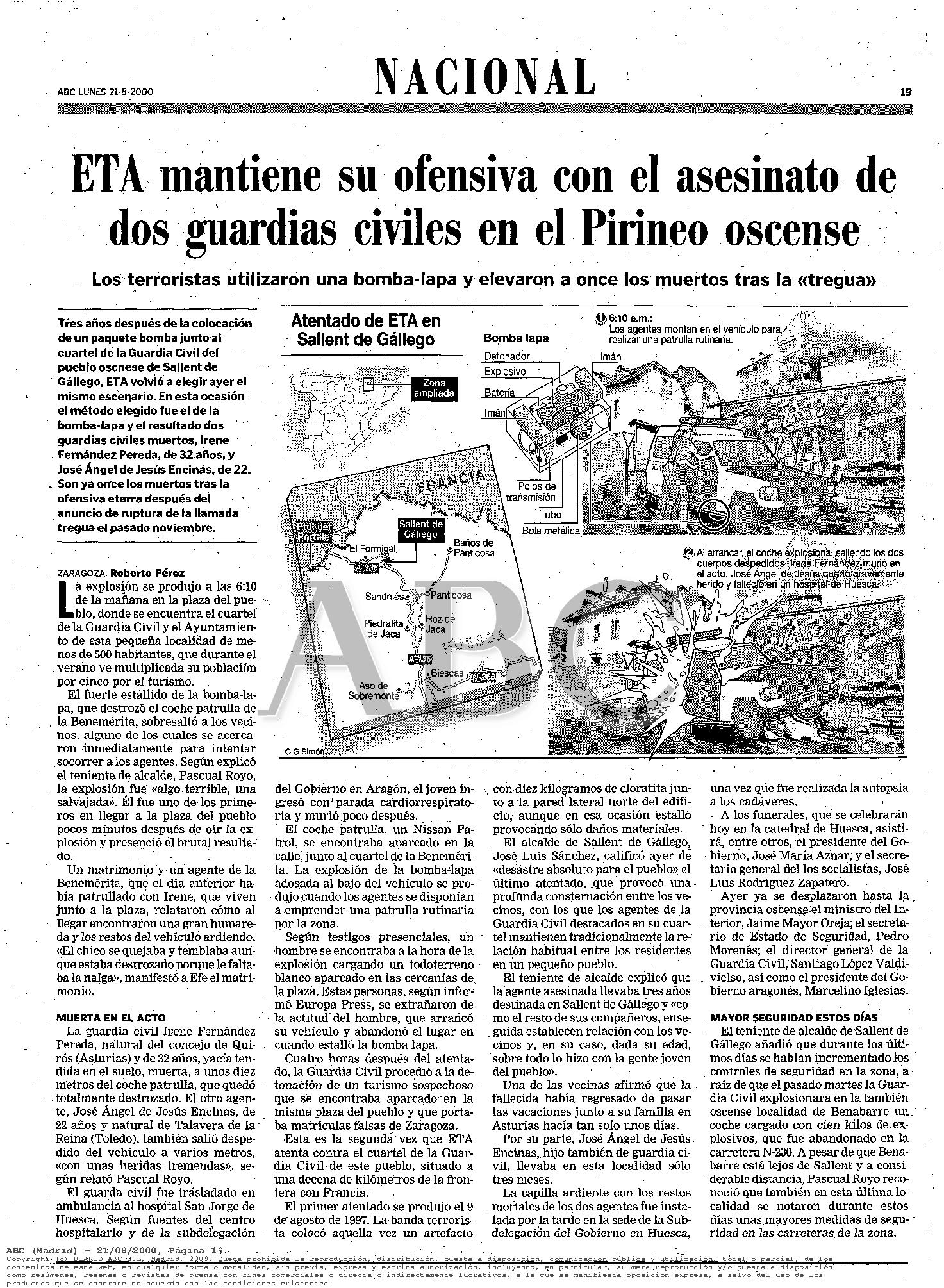 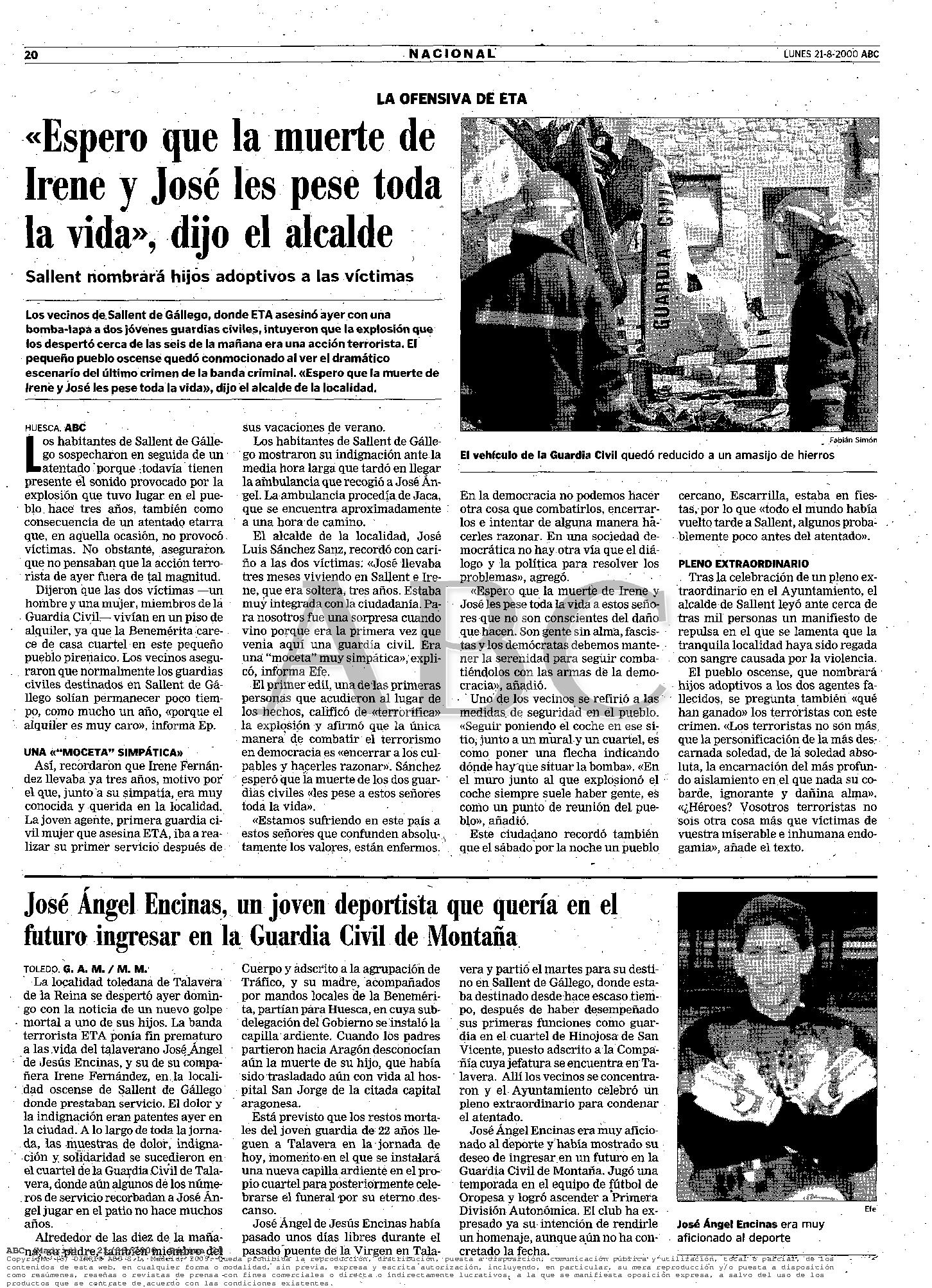 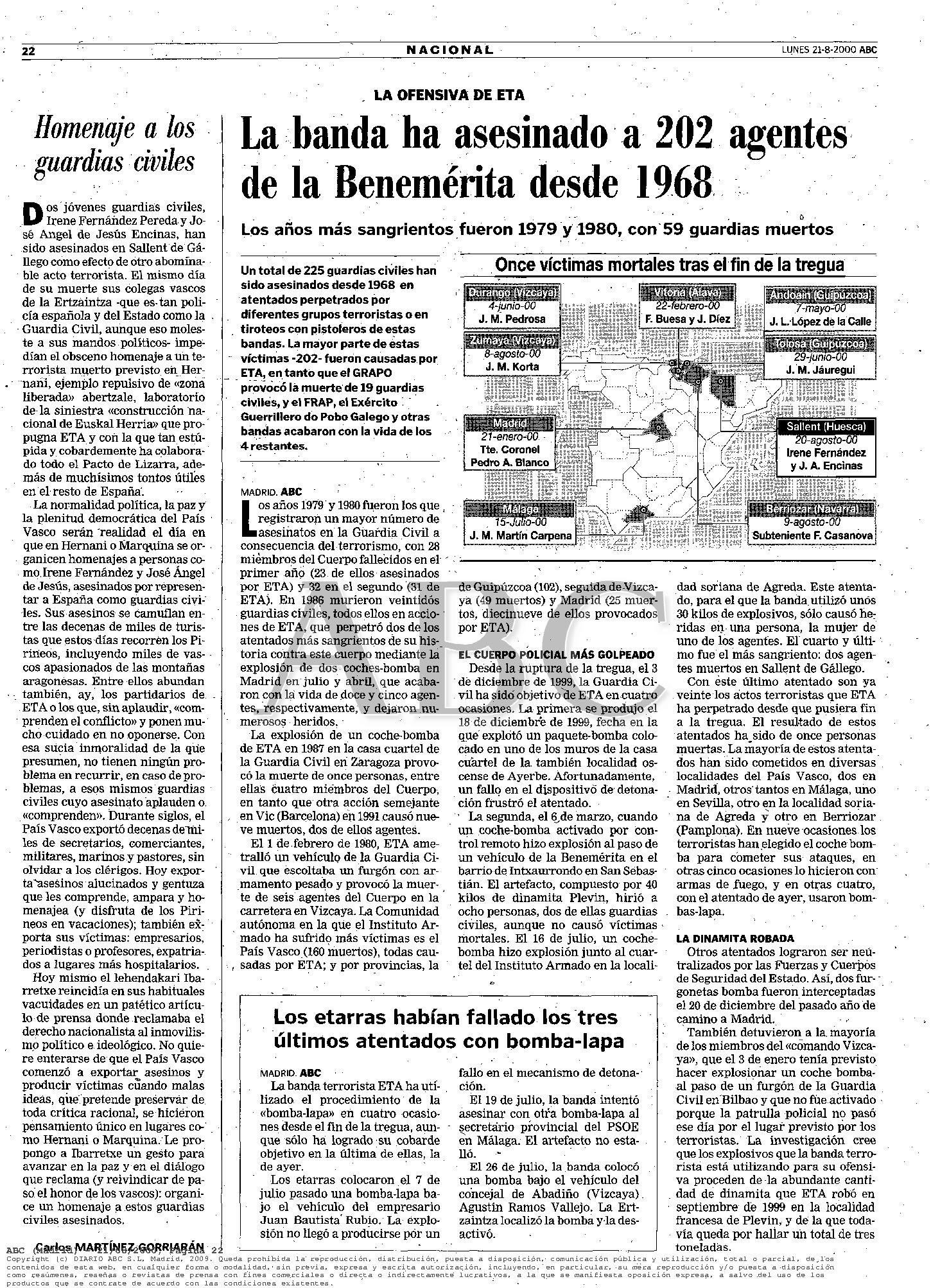 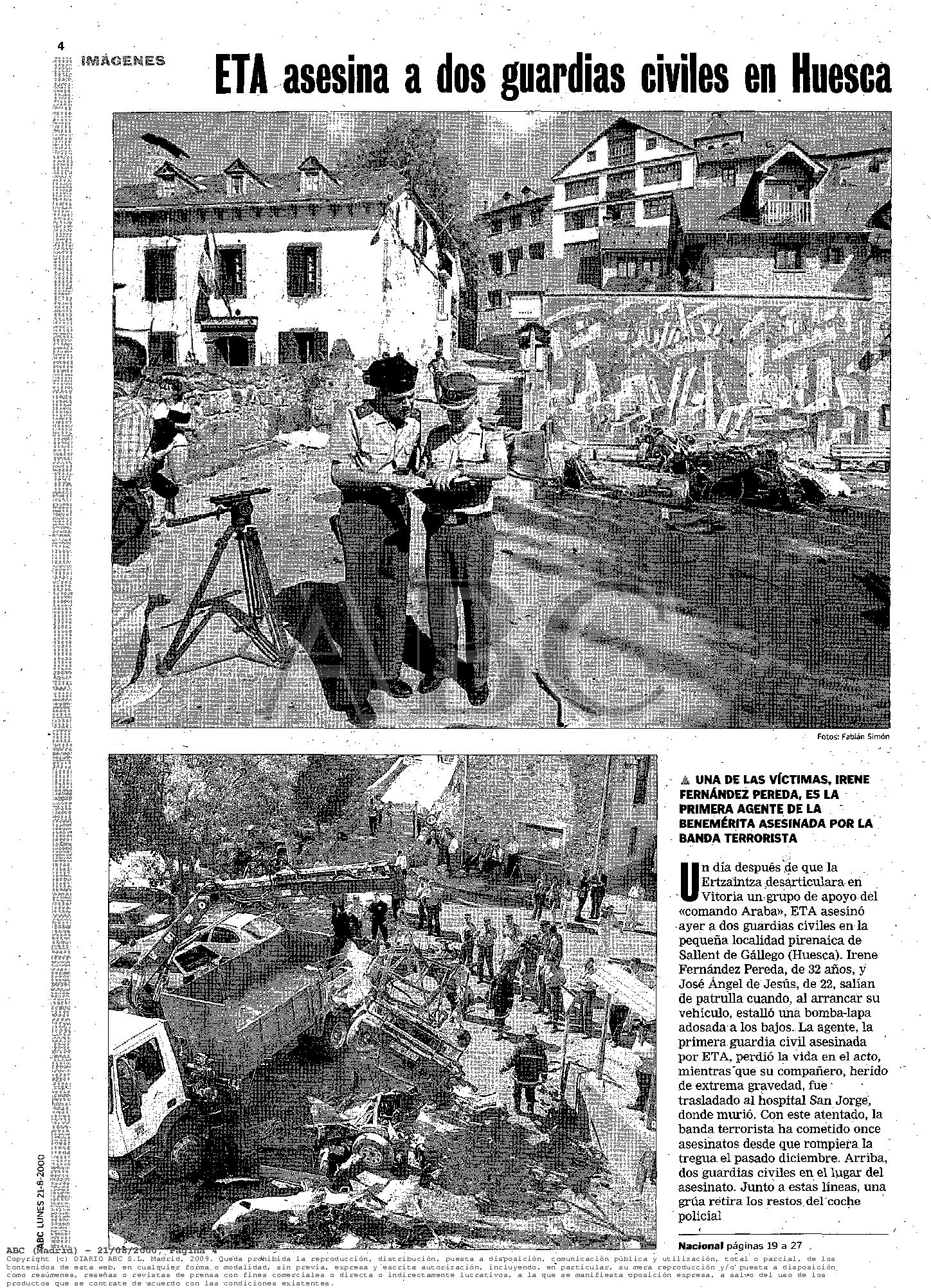 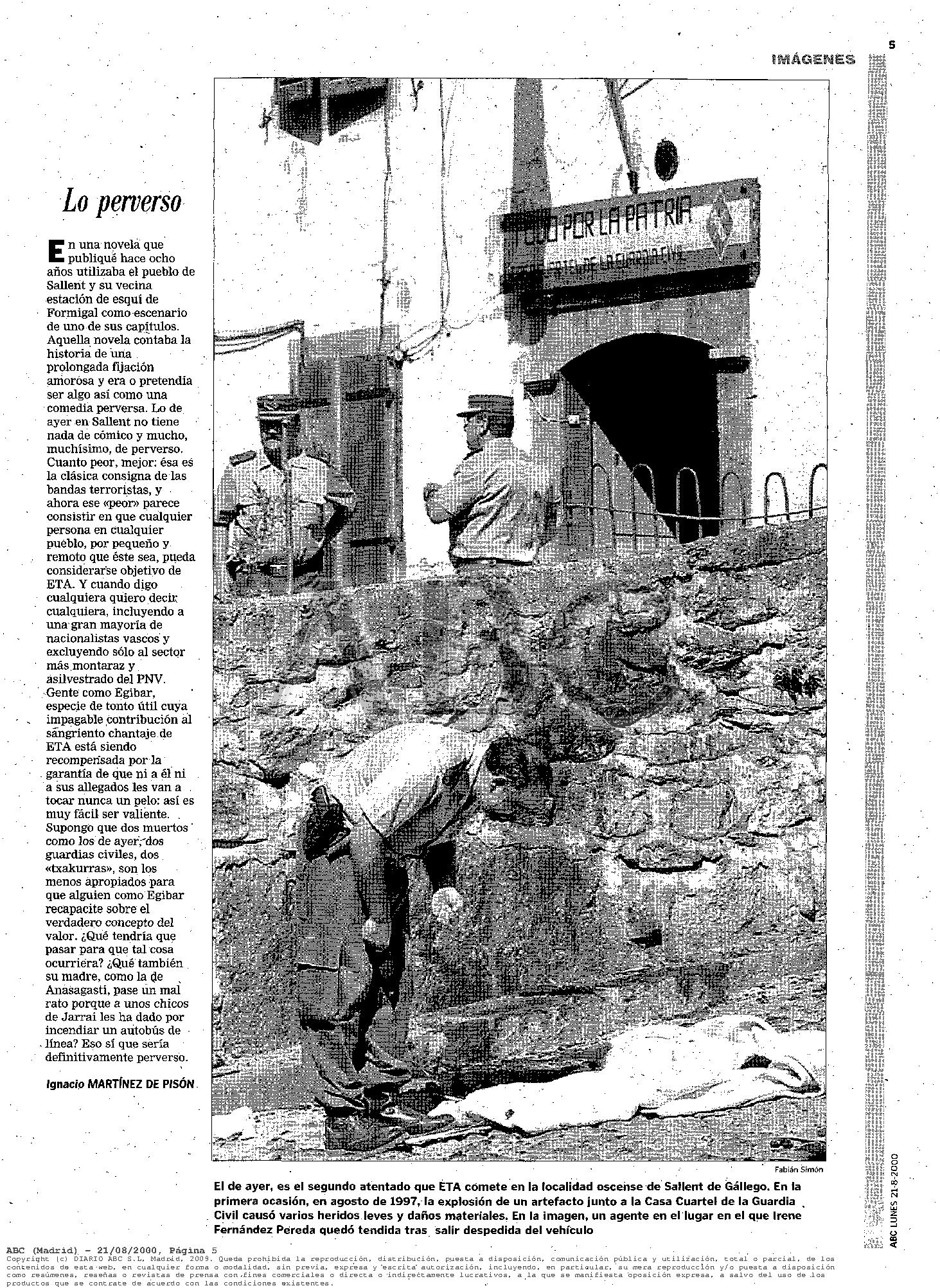