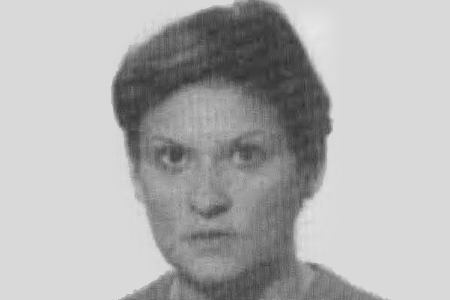 Joaquina Patricia Llanillo and her husband, José Luis Alonso Álvarez, were machine-gunned in their car shortly after nine o’clock at night on a street in the centre of Tolosa. The town’s Carnival drum tattoo was about to be staged and the couple were unaware until too late that several terrorists (two or three, according to José Luis’s testimony) had taken up position in front of the vehicle and on the right-hand side, beside the passenger seat. Patricia was killed instantly. José Luis was struck twice in the chest and seriously injured and had to undergo surgery.
Rumours immediately began to spread about ETA’s reasons for committing the crime. Some people in the town speculated that José Luis was one of the sort of civil guards “who used to torture people”. In fact, he was a private detective and was investigating a suspected case of labour absenteeism. The terrorists appear to have mistaken him for a member of the security forces and decided to kill him. José Luis later said that they had “opened fire like madmen”. Shortly afterwards, ETA issued a statement accusing the couple of collaborating with the police. 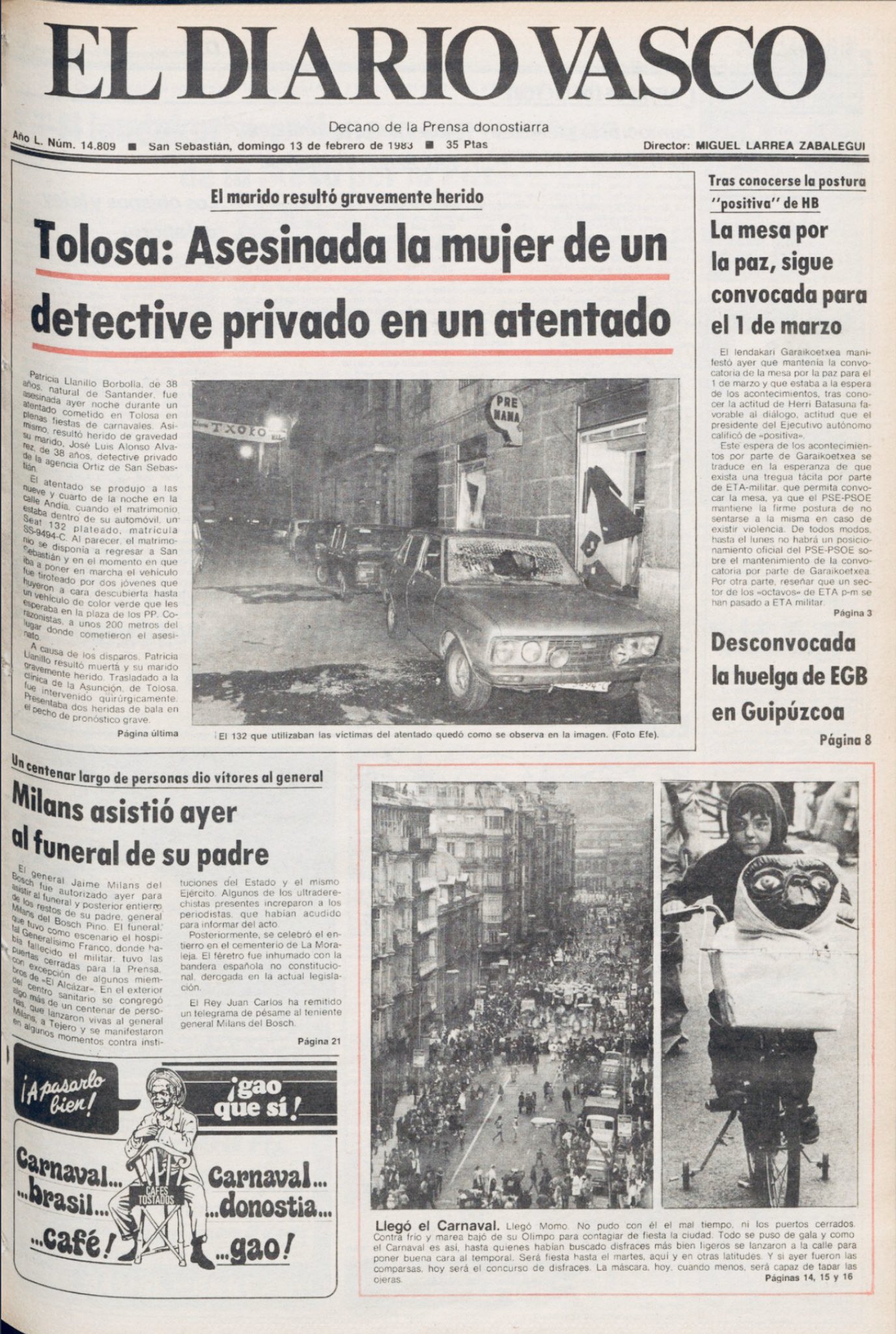 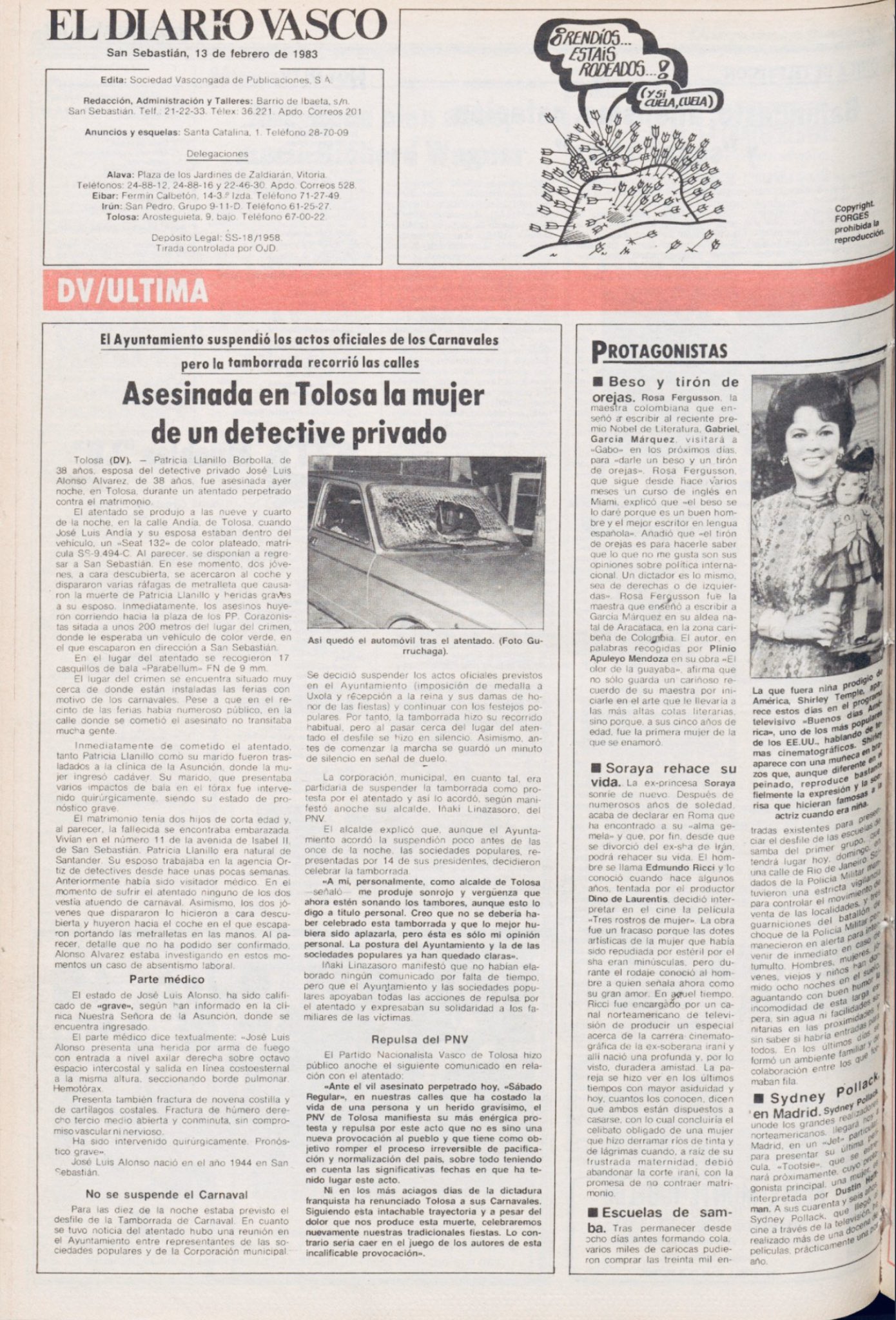 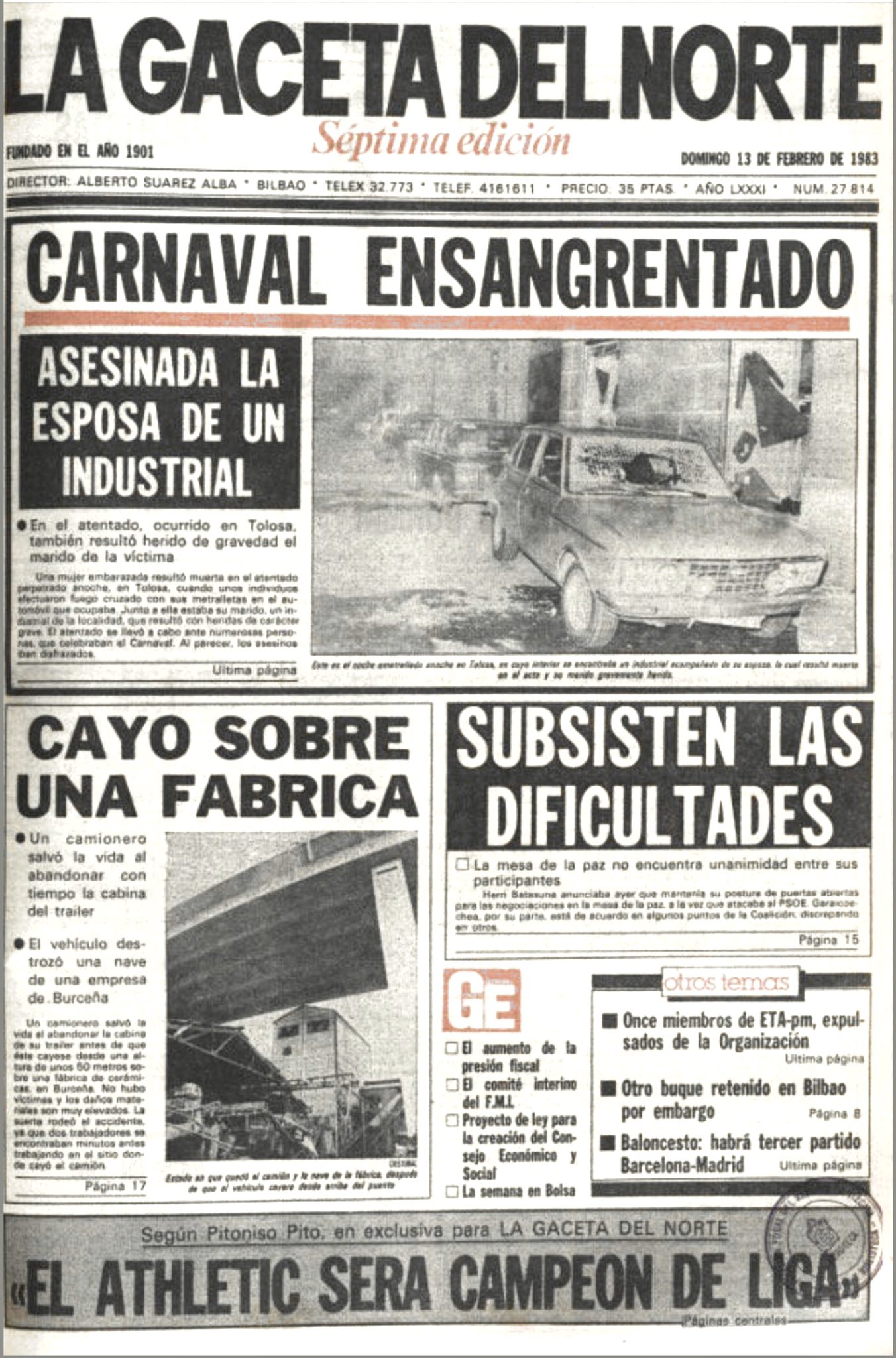