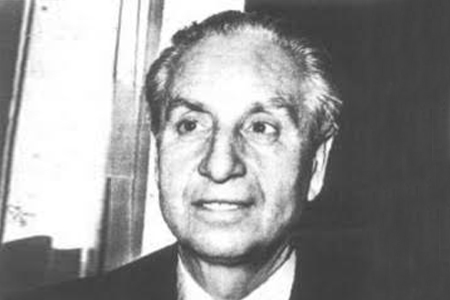 At 8:30 am on 26 January 1978, three men and a woman, all members of the Exèrcit Popular Català (Catalan People’s Army, EPOCA) entered the home of the Viola Tarragona family. Armed with pistols and machine guns, they tied up all the members of the family who were present at the time.

They gave Joaquín Viola Sauret a piece of paper demanding a sum of money and attached a bomb to his chest, giving him instruction on how to disable it once the money had been handed over. However, the bomb mechanism misfired and it exploded, killing Joaquín and his wife Montserrat Tarragona Corbella. In 1987, the leader of EPOCA, Carlos Sastre, was found guilty of the double murder. 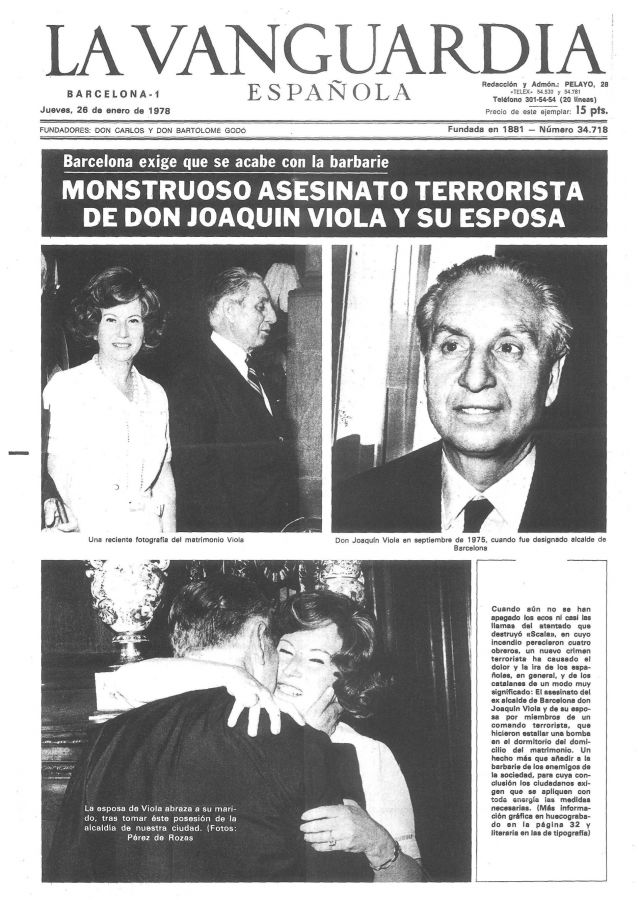 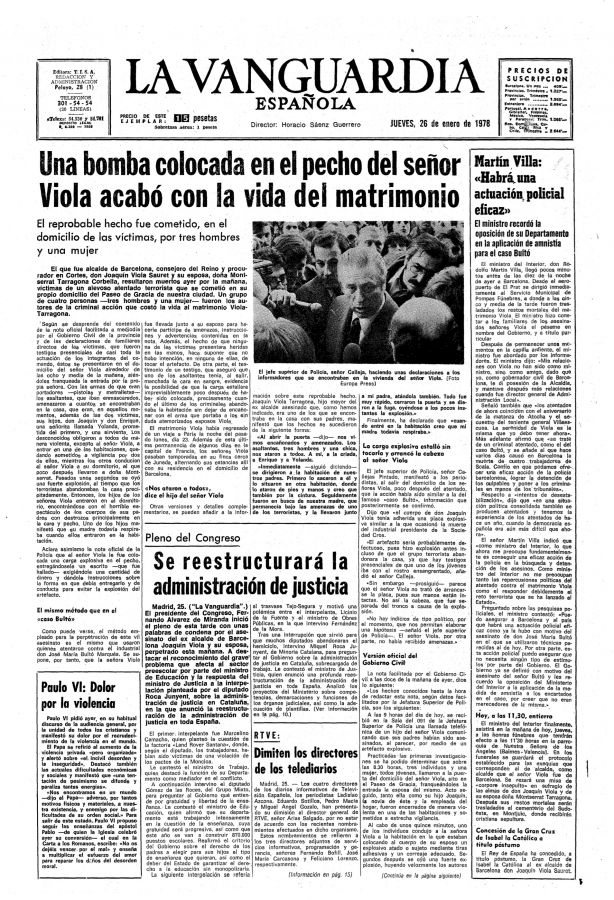 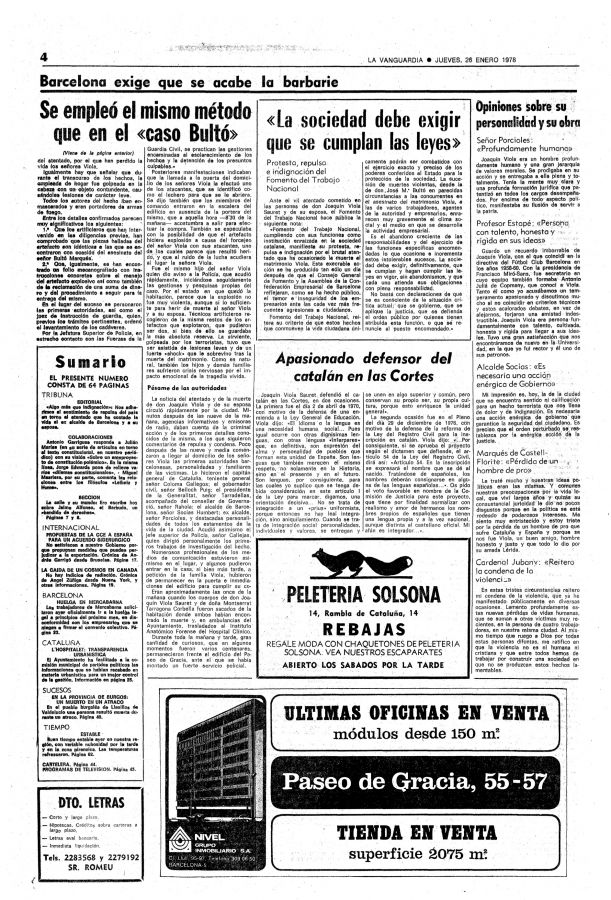 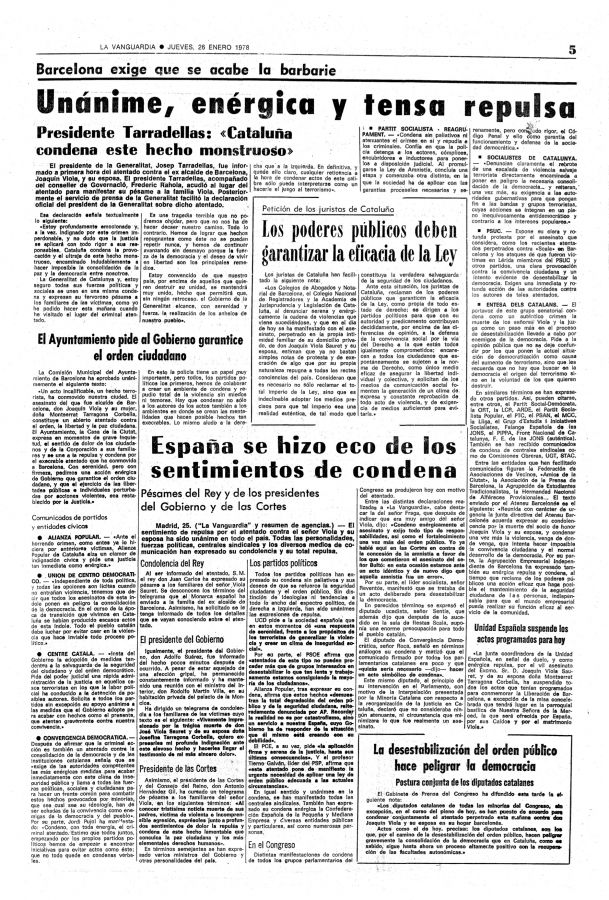 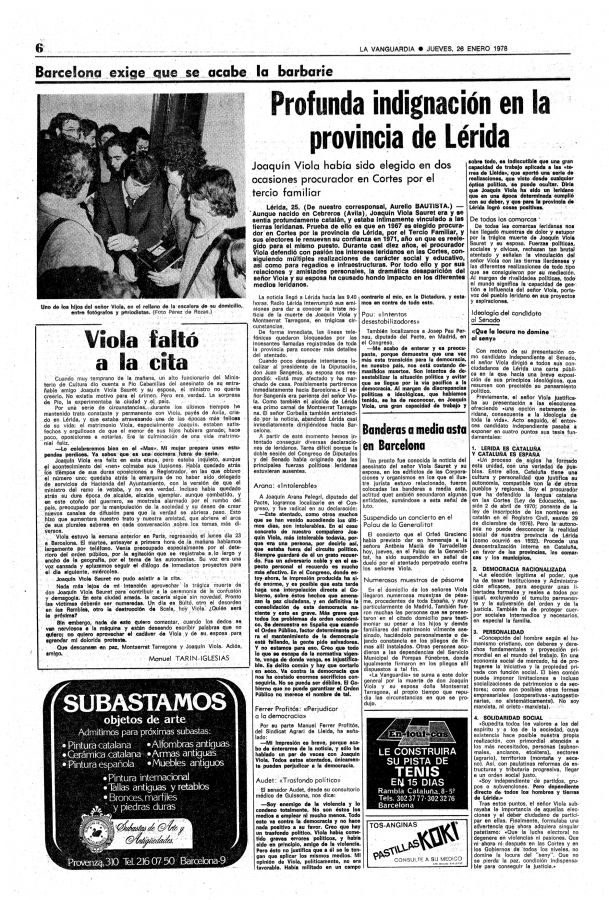 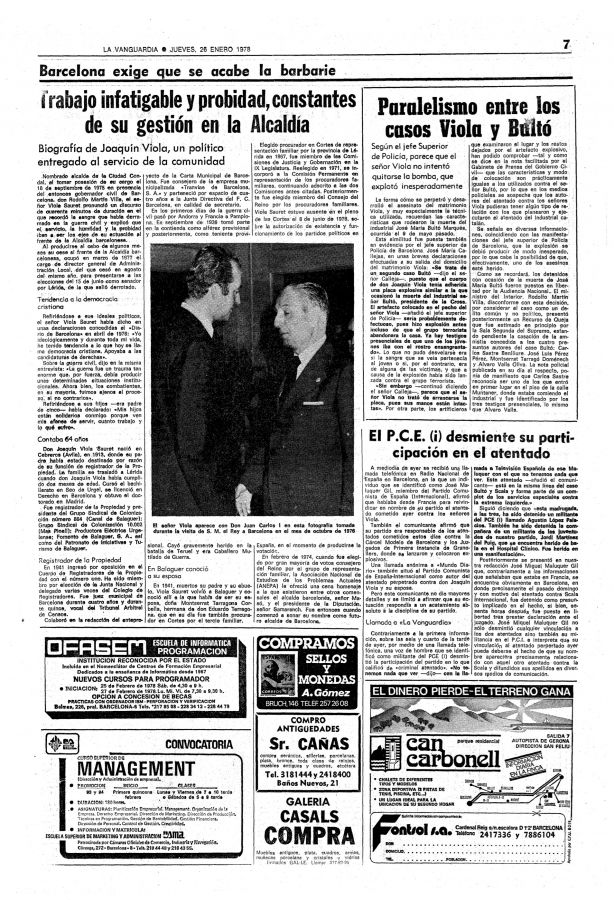