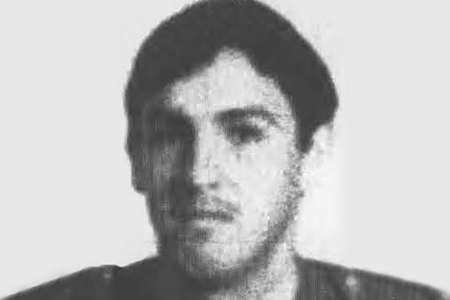 Several members of ETA’s Araba Unit took up position on Calle Reyes de Navarra in Vitoria to await the arrival of an Armed Police jeep carrying a corporal and three officers. Two other officers who had gone to submit a report were also in the vehicle at the time.
Two or three terrorists fired several burst of machine-gun fire at the jeep, hitting it fifty times. The terrorists fled and some local people came to the aid of the policemen. Only the corporal, who was in the front passenger seat, was unharmed in the attack, and he called for assistance from a nearby telephone box. The driver, Miguel Raya Aguilar, managed to get out of the car, but collapsed beside the front wheel, dead. Officer Joaquín Ramos Gómez died shortly afterwards and José Vicente del Val del Río was seriously injured and died 25 days later. Two other policemen, Armando Doval González and Santiago del Canto de los Reyes, managed to survive despite their injuries.