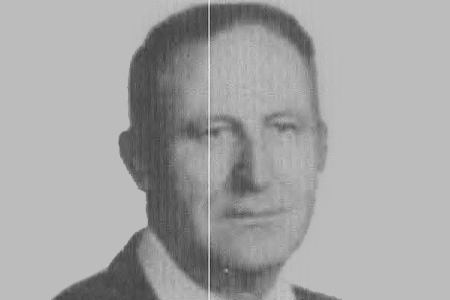 On 10 July 1981, Joaquín Gorjón González was waiting at the train station in Basauri to go to Bilbao, where he worked as an employee of a customs agency. An ETA terrorist pulled out a pistol and shot the victim twice, once in the back and once in the neck. Joaquín died, and the gunman got away in a car that was waiting outside the station.
The ETA members had stolen a car in Deusto. After the attack, they freed the driver who they had been holding in the car. The Municipal Police in Basauri notified the Civil Guard in Bilbao, to try to trace the car in which the terrorists had fled. A chase ensued through the old quarter of Bilbao. The ETA gang abandoned the car and continued on foot through the streets of the city centre.
During the pursuit, the ETA members used two people as human shields in an exchange of fire with the Civil Guard; Aurora Múgica Múgica suffered minor injuries, but Ovidio Ferreira Martín was severely injured and died four days later. During the escape, ETA member Sebastián Echániz was also wounded.