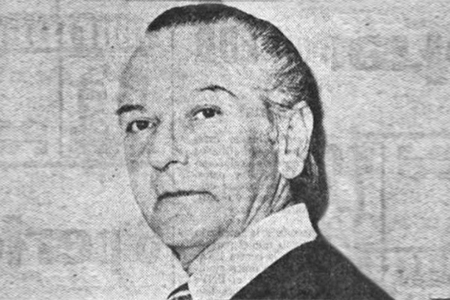 José María Azaola Martínez was born in Bilbao. In 1947 he had fled the Franco regime and gone into exile in France. Three years later he returned to the Basque Country, but in 1950 he went back into exile. He stayed in France until 1968, when he returned to the Basque Country and joined ETA, spending nine months in jail for his part in the kidnapping of industrialist Lorenzo Zabala in 1972.

On his release, he returned to France and in 1974 became involved an operation that might have changed the course of history. The was the so-called “Operación Pesca”, whereby ETA planned to kidnap Don Juan de Borbón, father of King Juan Carlos, who moored his yacht Giralda in the port of Monaco. The intention was to demand the release of ETA prisoners in exchange for freeing him. The group of eleven ETA members —including Txomin Iturbe, Isidro Garalde, Mamarru, José Luis Arrieta, Azkoiti, Juan José Rego Vidal and Azaola himself— had everything ready, including the apartment in Nice in which they were going to hold their hostage. However, Azaola was opposed to the idea and reported ETA’s plan to the president of the Basque Government in exile and to the police. The operation was foiled and ETA swore its revenge. Following a general amnesty in 1977, Azaola moved to Guecho, where he worked as a draughtsmen.
On 19 December 1978 members of ETA lay in wait for him at a garage and shot him dead. A hooded man threatened two of his co-workers with a gun while another terrorist shot the victim three times in the abdomen and chest. His three children were orphaned, having lost their mother just a month before.