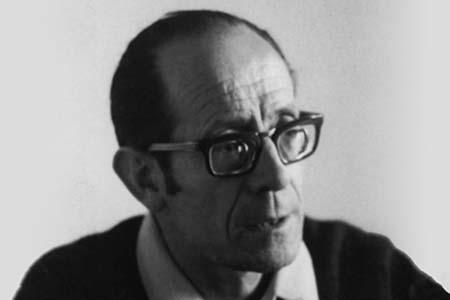 Jesús Ulayar was appointed mayor of his home town, Etxarri-Aranatz, in 1969. For several years, he as marked out as a target for ETA by radical left-wing nationalist sectors and he resigned his post in 1975. Nonetheless, the threats continued. “Some day they’ll shoot me”, he said on one occasion. On 27 January 1979, he left his home with son Salvador, aged thirteen, to buy heating oil. As he was about to open up his van, a hooded figure approached and shot him five times at close range, killing him instantly. For years afterwards, his widow and four children continued to suffer insults and threats on the streets of the town and pro-ETA graffiti was daubed on the front of their home. His killer was even given the honour of inaugurating the local fiestas by the local town council. 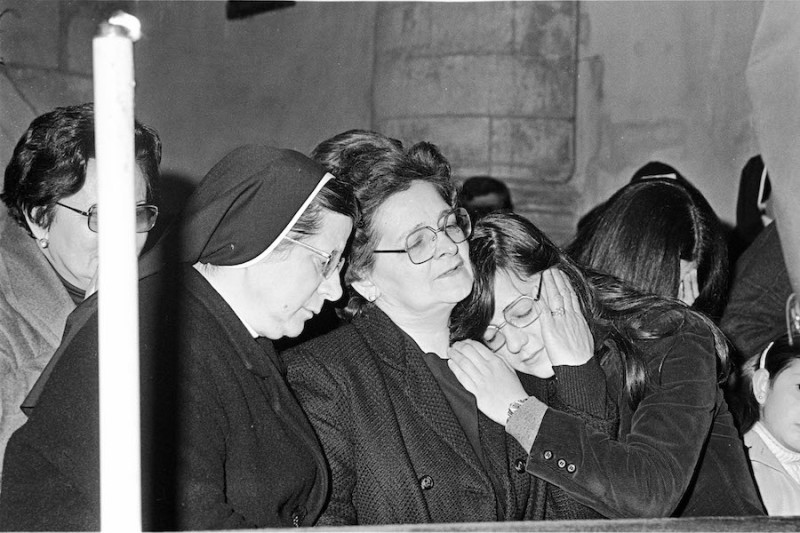 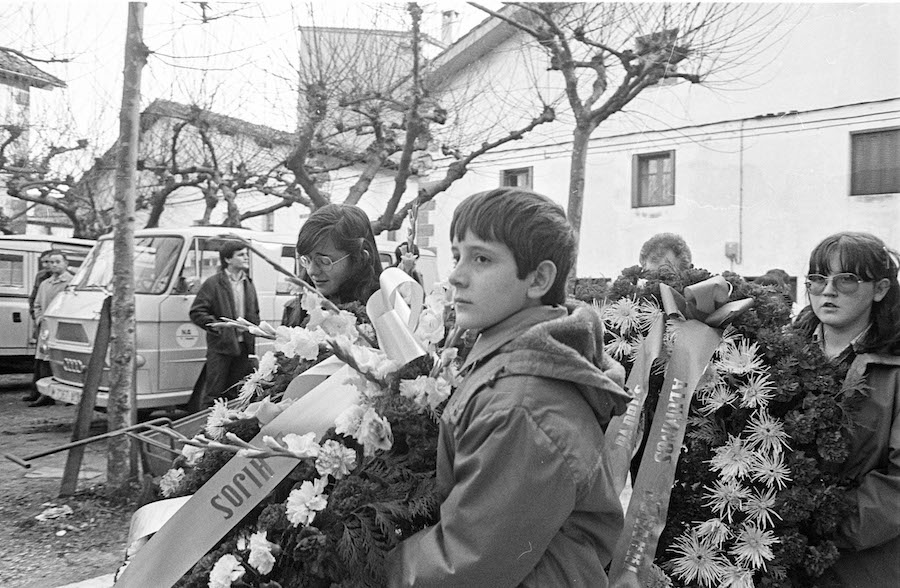 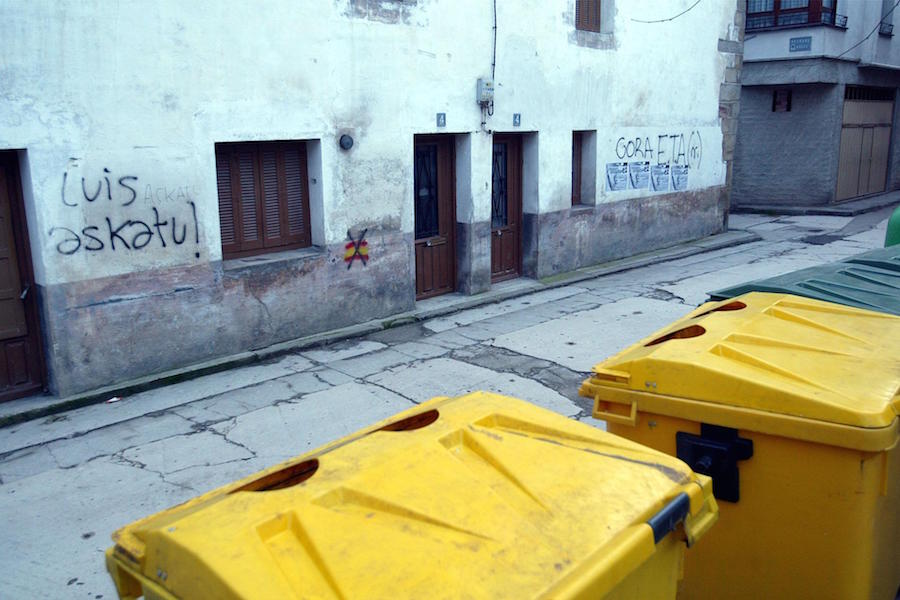 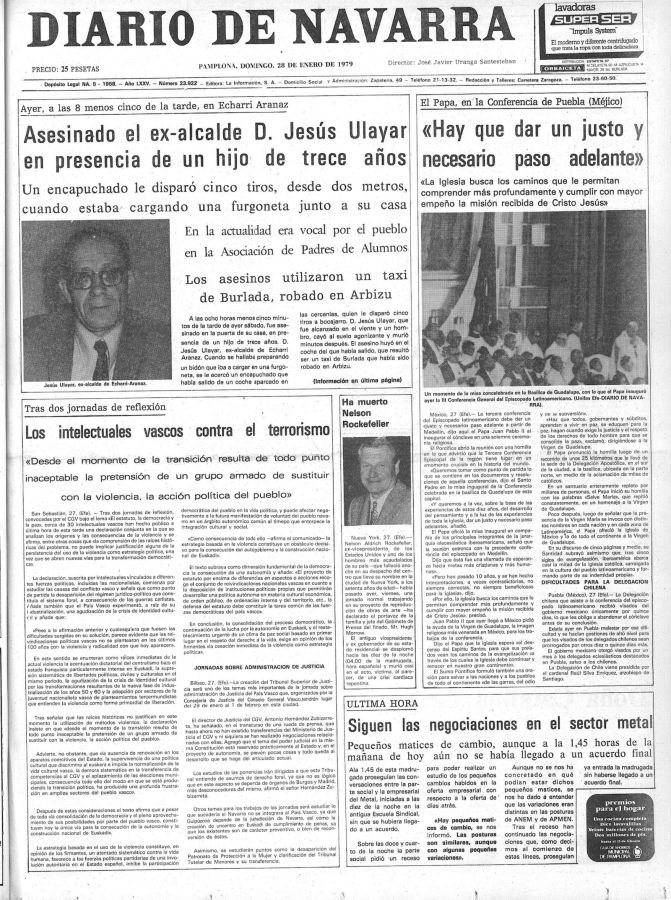 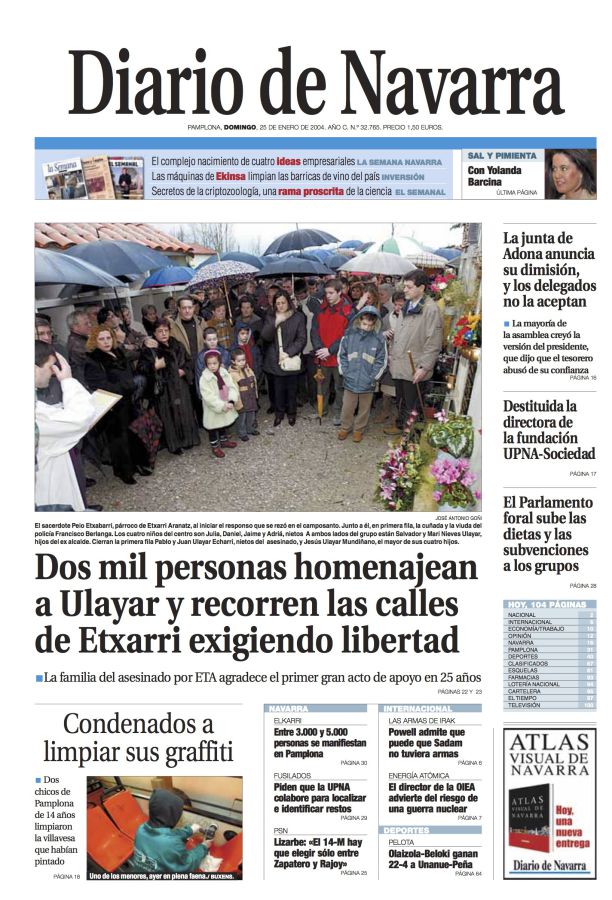