On the morning of 8 May 2000, a GRAPO unit consisting of three men and a woman lay in wait for a Prosegur armoured security van on the provincial road to Vigo. They had planted an explosive device on the street and another two in a car and a container.

Around 7.45 am, after three simultaneous explosions, the vehicle came to a halt and the terrorists threw a petrol bomb at it to force the occupants out. Shooting commenced. The guard Jesús Otero Sobral was hit in several vital organs and the driver, Gonzalo Torres Lage was shot in the head. The two died as a consequence of the attack. A third employee, the GRAPO member Marcos Martín Ponce and three pedestrians, including a 15-year-old boy, were injured. The terrorists made off without the money.

Jesús Sobral Otero, married with two small children, was guarding the armoured vehicle. At the time of the attack, he was in the passenger seat. He was taken to the Xeral-cíes hospital with severe haemorrhaging and injuries to the liver and intestine but did not survive surgery. 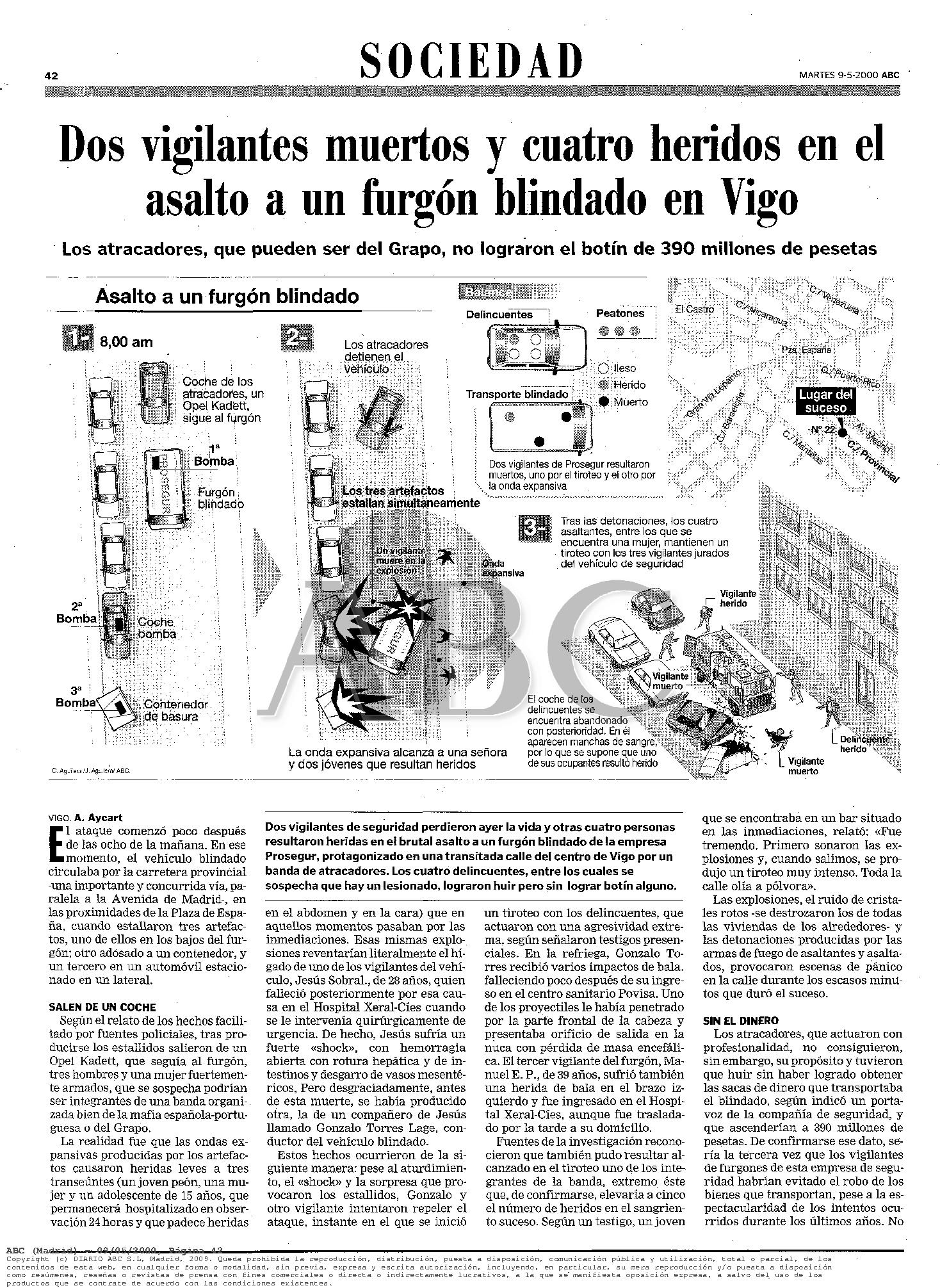 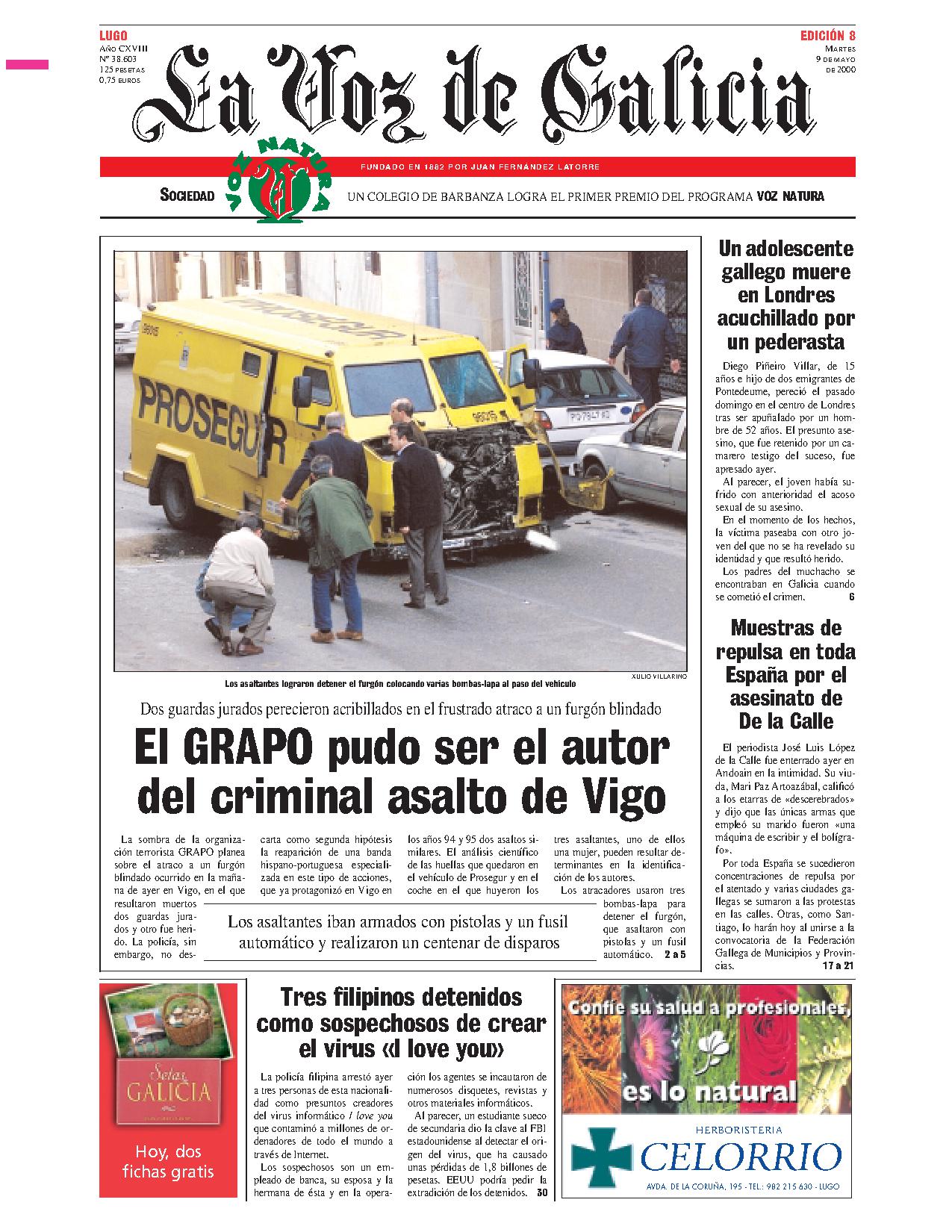 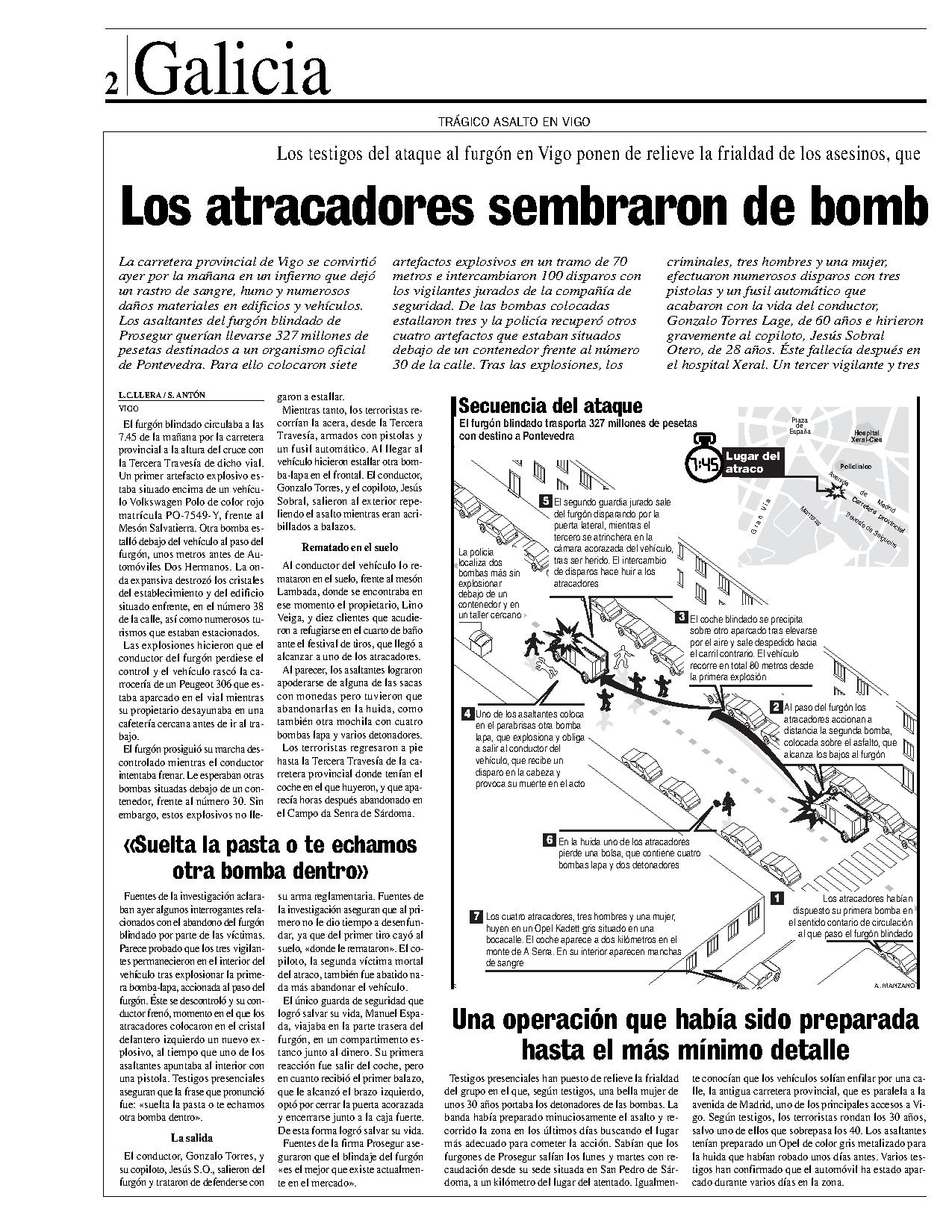 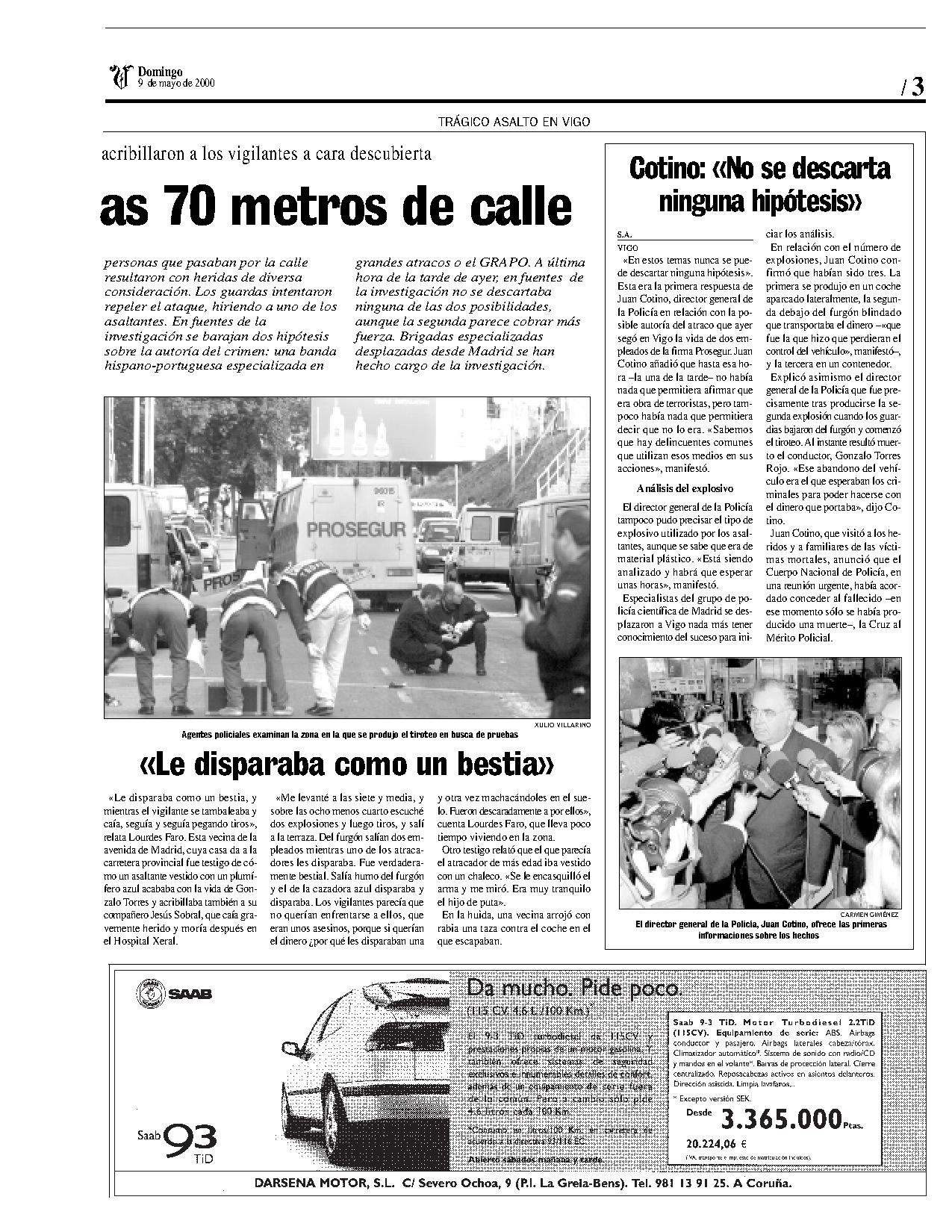