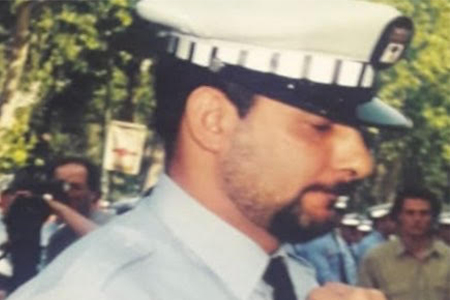 At 7.15 am on Monday 19 June 1995, the terrorist organisation ETA set off a car bomb in the Plaza de Callao, in the centre of Madrid. A short time earlier, it had given a warning and the municipal police moved swiftly to cordon off and evacuate the area. As they were engaged in the task, the car bomb went off, killing officer Jesús Rebollo García.

Jesús Rebollo García (39) was married with four children. He was considered to be an exemplary officer and during his fifteen years’ service received several decorations, including the Medal of the Municipal Police. His funeral, held the next day at the Municipal Police headquarters in Casa del Campo, was attended by more than 3,000 people.