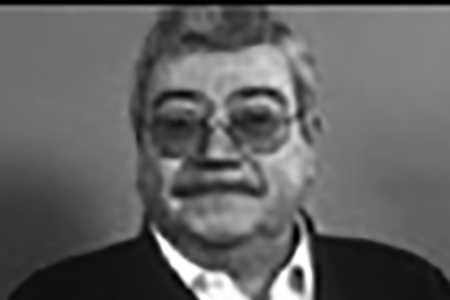 Born in: Euskadi
Age: 57
Offspring: 2
Marital status: Married
Job: Councilor of the Popular Party in Durango
Date of the attack: 04/06/2000
Place of the attack: Durango
Weapon: Gun
Killed by: ETA

Jesús María Pedrosa Urquiza was a town councillor. He was on his way home after having a drink in a Batzoki (PNV social centre) in the centre of Durango, when a terrorist approached from behind and shot him in the back of the neck. It was 1.20 pm and the street was packed at the time.

The victim was a member of the ELA trade union and was also a PP councillor in Durango. He became the eighth councillor from the party to be murdered by ETA in only five years. Pedrosa had already received threats and his name had appeared next to graffiti of a gun sights in the town. A few months earlier, the councillor had said in an interview on Radio Nacional de España that he could not conceive of going round with bodyguards in his home town.

Thousands of people came to Durango to pay tribute to the murdered councillor and a mass rally was also held on 6 June.

On 7 August 2000, four ETA members were on their way to commit an attack in Bilbao when the explosives they were carrying in their car and they were killed. One of the pistols retrieved from the scene was that used to kill Jesús María Pedrosa.